"You know horses are smarter than people. You never heard of a horse going broke betting on people." -- Will Rogers 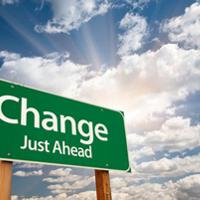 Before city dwellers complained about cars, smog, congestion and the loss of public space, they railed against stinking, fly-ridden horse crap.

In fact, the rise and fall of the horse makes very clear the difficult and troubling character of energy transitions.

The horse, one of the most remarkable prime movers on the planet, pretty much ruled 19th century urban life and rural culture in both Europe and North America.

Then along came the combustion engine. But it took the automobile and tractor nearly 50 years to dislodge the horse from farms, public transport and wagon delivery systems throughout North America.

Contrary to public perception, the transition was not smooth or inevitable. Nor was it exclusively beneficial. "There were winners and losers," says Ann Norton Greene, a U.S. historian at the University of Pennsylvania, whose remarkable book, Horses At Work, offers a fascinating portrait of how messy energy transitions can be.

"You can't change the conditions of a system without damaging a lot of people, business, practices and habits that go with it," says Greene. "People lose not from some fault of their own, but because they are in the wrong place in history."

Although the automobile certainly eliminated piles of manure and dead animals that clogged some 19th century city streets, it introduced a whole new set of global carbon complications.

It also helped to sever the city from rural life. Last but not least, it locked many urban dwellers into a new tyranny: own a cheap mobile energy slave or drop dead.

Curiously, it took coal and the steam engine to make the horse king of the road. Until the 19th century, the equine tribe remained largely a status animal that signified wealth.

The well-to-do could afford horses, and used them for personal transportation, but most people just walked. The poor harnessed the sturdy and practical ox to a wagon for longer travels. But most 19th century cities were no wider than two miles and highly walkable.

But with the industrial revolution, the horse acquired a new status as a "living machine." It was self-contained, self-directed and strong, says Greene.

And it soon pulled coal-fired machines such as railways. Moreover, the horse could move people and goods wherever heavy steam locomotives could not. And horses could master terrible roads, a bane of the 19th century.

Unlike the inefficient steam engine, which took a long time to warm up, the horse was also a highly effective user of energy. In terms of energy inputs (five acres of hay and grain per horse) and outputs (traction) the horse achieved an efficiency of 15 to 20 per cent or more than triple that of a coal-fired machine.

Robert Thurston, a U.S. steam engine expert, opined in 1894, no less, that horses are not only "self-feeding, self-controlling, self-maintaining and self-reproducing, but they are far more economical in the energy they are able to develop from a given weight of fuel material, than any other existing form of motor."

And so as industrialists built more railroads, canals, ferries and ports, they employed more "living machines" to collect and distribute both factory workers and cheap goods. The horse (and all the small businesses that supported the animal from farriers to buggy whip makers) became the backbone of 19th century life.

Given the animal's significant role in the industrial revolution, horse populations grew exponentially. North Americans employed four million horses in 1840 for agricultural work and travel. By 1900 they were harnessing more than 24 million (a six-fold increase) to plow fields, as well as pull street trolleys, drays, brewery wagons, city vehicles, omnibuses and carriages.

Large imported working breeds such as Percherons, Belgians, Shires and Clydesdales soon provided for nearly one-third of the continent's energy needs. For every three people there trod one working horse in the U.S. (There are now 1.3 people for every car in the U.S.)

Urban herds grew so dense, writes Greene, that "a Boston banker was likely to encounter more horses than would a cowboy or rancher in Colorado."

An 1872 influenza epidemic highlighted the economy's growing dependence on the horse as a prime mover in daily life.

After the Great Epizootic sickened horses in Toronto and northeastern cities throughout the U.S., newspapers declared, "business requiring the assistance of the equine tribe has received a severe shock."

Funerals were postponed and fires went unattended. Even commuters dreamed about "steam dummies" being used to pull streetcars.

The horse had become, as one magazine put it, "wheels in our great social machine, the stoppage of which means widespread injury to all classes and conditions of persons, injury to commerce, to agriculture, to trade, to social life."

A back end problem

But as horses industrialized cities and mechanized agriculture (they pulled all sorts of mowing, harvesting and plowing machines) their scale (along with rising immigrant populations) created a variety of social challenges.

An urban workhorse dumped between 20 and 50 pounds of manure a day on the street along with a gallon of piss.

"Add 500 horses per square mile and then do the math," says Greene. "Some cities had good systems to truck out the manure while others dumped it in rivers."

Tonnes of manure pounded and pulverized into dust attracted rodents and flies. By one wild government estimate, 95 per cent of all disease-carrying flies bred in horse dung. Dead horses often clogged city streets and teamsters on tight schedules added menace to public thoroughfares.

"The Progressives were an interesting crew and were policy wonks and technocrats," notes Greene. "Like modern Americans they wanted to fix things and they thought that a quick fix could be found in technology."

Unlike oil and electricity (largely invisible sources of power with distant rural footprints), horsepower gave citizens a fair sense of the direct costs of energy consumption.

With its flies and smells and muscle, "the horse was in your face and it began to make people feel uncomfortable and that was a factor in getting rid of it." 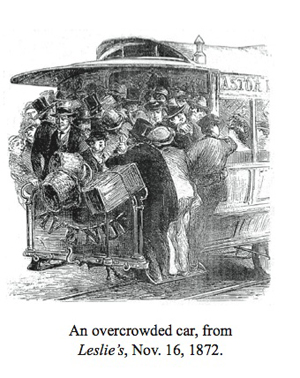 And so urban reformers and public health officials disparaged the horse and saluted the automobile along with the electric trolley. Most predicted that cars would clean up streets roads, reduce congestion and restore order to city streets, if not "advance civilization."

Dreaming of a 'Horseless Age'

Horseless Age, an indispensible magazine for car makers and car buyers alike at the turn of the century, promised that the removal of the horse from cities would not only reduce noise and clatter but save money. It, too, would conserve pleasure time for "the horse is not so manageable as a mechanical vehicle."

In the end the removal of the horse from urban life and later the farm became a protracted drama that took more than 50 years. It also required the messy adoption of three fossil-fuel technologies.

Steam engines replaced the horse for long-distance haulage; coal-fired electricity made the horse redundant for public transit and the combustion engine eradicated the horse as a prime mover of individuals and most goods.

The transition, however, did not end the chaos in industrial cities but merely complicated and magnified the movement of people and stuff.

Cars didn't clean up cities but replaced stationary piles of dung with invisible clouds of pollution that moved with the wind.

The automobile also allowed the rich and middle class to abandon public transit as well as street contact with the working poor and immigrants.

But the car's exponential growth quickly exacerbated old urban issues from congestion to traffic fatalities. (Car crashes remain the leading cause of death for people ages 10 to 24 around the world.)

To this day the combustion engine, which still employs one out of six U.S. citizens, accounts for nearly a quarter of all climate destabilizing pollution.

Slowed to a trot

Ironically, it didn't take long for millions of cheap cars to clog urban thoroughfares so completely that they moved as slowly as horses.

Congested urban cities such as Vancouver even ran advertisements as early as 1959 asking, "Should we back to the horse and buggy days?"

"Don't laugh," added the poster. Real tests show that "the average speed at which traffic moves through congested areas is less than it was during the horse and buggy days."

At the peak of horse usage few city dwellers actually owned a "living machine" or private carriage due to their expense. The horse not only represented a highly decentralized system for moving people but also encouraged citizens to use public transport.

Nor did it hog public space. Because of its dependence on hay and oats, the horse also connected cities to rural areas and acted as a check on urban sprawl.

In contrast, the automobile constructed and delivered a vastly different energy system. Powered by cheap oil "it afforded unlimited mobility and discouraged public transportation and public space," adds Greene. It made walking, the most democratic and efficient form of mobility, a lower class activity. Moreover, the horseless carriage severed urban ties to rural areas and killed the city as an organic place.

The automobile also replaced a fairly diverse transport system with a highly centralized one dominated by big carmakers and Big Oil companies. This concentration, in turn, fed the growth of big government to help build roads to accommodate more cars.

The transition had other powerful impacts. It extinguished scores of businesses and professions from carriage makers to teamsters. It drove down the price of grain so dramatically that the U.S. Bureau of Census tagged the horse to car transition as "one of the main contributing factors" to the Great Depression.

It also removed a physical measurement of energy (horsepower) from common speech. Only car buffs bandied the term to compare the might of internal combustion engines that stood in for hundreds of horses.

Both cheap oil and electricity separated the sources of energy (dirty coal mines and oil wells) from their urban consumption. In so doing they created the illusion that energy now appeared magically on the streets, says Greene.

Lessons from the end of the horse era

In the end the demise of horse power and the ascent of the automobile ably illustrated two characteristics of energy transitions: they don't always solve problems and rarely perform as advertised.

"Americans wanted bountiful energy and abundant consumer products without having to deal with the moral, social, political, or environmental implications of their choices," writes Greene.

One hundred years later, North Americans still hang onto their stubborn beliefs that there is a quick technological fix to every energy conundrum, says Greene.

"Everyone wants to believe that somehow there is a painless way to consume more energy that costs nothing with no consequences."

Next Wednesday, Andrew Nikiforuk's series The Big Shift explores whether the Soviet collapse was caused by an oil shock. Find the whole series to date here.