The groundswell of activism across Canada that is Idle No More doesn't lend itself to a tidy diagram or a roadmap of designated leaders, armed with a coherent platform or handing out a unified message. 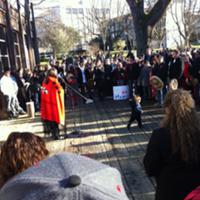 Indeed, Idle No More has come to resemble more a meteorological map of forces that is unlikely to ever coalesce into a single united front, either behind the elected chiefs of the Assembly of First Nations, or even the four Prairie women widely-credited as founding mothers of the movement.

Though the founders have called for non-disruptive civil disobedience and public education as key goals, enthusiasm and anger have already driven INM groups to blockades, albeit brief, of key transportation routes across the country.

Attawapiskat Chief Theresa Spence's liquids-only fast in eastern Canada sparked an outcry across Canada, but her ultimate goals may not be widely-shared or seen as achievable in the short term. Ironically, Spence led the demand for a high-level meeting with Prime Minister Stephen Harper but then changed her mind, asking instead for the Governor-General. Spence remains a powerful symbol, but her demands do not form the only goal for most of those now speaking out or drumming on the street in British Columbia.

"Idle No More represents a reawakening, all across the country -- I see it in our young people, in the angry families of missing women who are now taking part in Idle No More and I see it in the bright young university students who I teach," explains Beverley Jacobs, a B.C.-based lawyer who from 2004 to 2009 was the elected head of one of Canada's four national federally-funded First Nations groups, the Native Women's Association of Canada.

"I don't see the usual faces at Idle No More; instead I see people bringing attention to the real on-the-ground issues. This is going to get bigger than it is now, I can see that from the young people on the front lines."

Catalyzed by lack of justice for missing women

Often at Idle No More are young women like Lorelei Williams, 32, a Capilano College tourism student who began attending the Missing Women Inquiry in 2011 to seek accountability for the disappearance of her aunt Belinda Williams in 1978 and the death of her cousin Tanya Holyk, at the hands of unchecked serial killer Robert Pickton.

Disillusioned by the lack of police action and an inquiry that shut out most aboriginal voices, Williams formed the Butterflies in Spirit Society with the children and relations of other missing women. She can be seen at INM rallies quietly holding up her sign, "When sleeping women wake Mountains move."

Another "leader" emerging at INM rallies is Khelsilem Rivers, 23, a Skwxwu7mesh and Kwakwaka'wakw young man who speaks out at Idle No More hearings dressed in a ceremonial blanket and cedar-bark headdress. He has battled to learn and save his own indigenous language, yet is adept in the language of Twitter and Facebook. He designs with traditional Salish formlines but also was awarded the 2010 Vancouver mayor's award as an emerging artist in new media.

Rivers speaks in his own language at Idle No More rallies but uses humour, jesting on Facebook that "I became a world-famous male indigenous version of Nikki Minaj. What could this mean, Creator?" He gets wide assent for views which are noble if non-specific: "My dream=decolonization. My hope=fighting assimilation. My responsibility=protecting what is important. I will be #IdleNoMore till that happens."

Well-educated aboriginal women, indignant about lack of opportunity, are another source of fuel to grassroots INM fires. For the first time in Canada, there are now 30,000 aboriginal students in university and colleges -- and two-thirds of them are female. 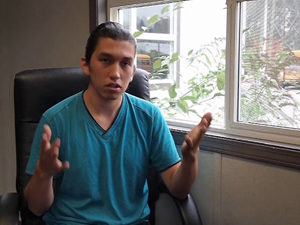 There are bright lights on the national political scene such as Jody Wilson-Raybould, the 41-year-old B.C. regional chief of the AFN -- and daughter of old-style firebrand native leader Bill Wilson. A former Crown prosecutor, Wilson-Raybould has said that while she strongly supports Idle No More, she believes in "strategically thoughtful" actions that don't disrupt the Canadian economy. Yet few bright young women see a future in traditional Indian Act-style politics, where only 17 per cent of elected positions across Canada are held by women.

"This time, I really believe it is women who are leading the way, and it's time for the men to listen," says Jacobs. Not only have government programs on Crown-owned Indian reserves not alleviated grinding poverty, notes Jacobs, but a majority of indigenous women now live in urban centres, "where they get into vulnerable places. They are struggling to look after their children, to keep themselves safe and they are not benefitting from national politics and more talk."

At the same time, Jacobs doesn't fault AFN national chief Shawn Atleo for seeking an end to Spence's fast and mounting unrest by attending a high-level meeting with Prime Minister Stephen Harper on Jan. 11. Nor does Jacobs put much stock in the importance of some unseemly scuffling outside the doors of power by dissenting chiefs -- at least one of whom, Pamela Palmater, competed against Atleo for the national chief job -- and lost.

Other AFN chiefs, none from B.C., publicly scolded Atleo and Cree leader Matthew Coon Come for appearing to be conciliatory to the Tories, presumably by agreeing to even talk to Canada's current government.

Dissent seems to go with the territory of being a salaried chief and a funded national organization like the AFN, points out Jacobs, but it has little to do without what is really Idle No More. 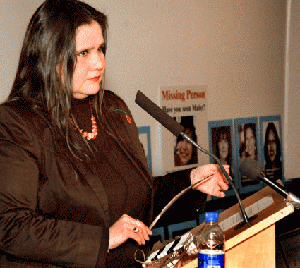 "I've worked at a national political level and it is very frustrating. Divisiveness doesn't help us make progress. But there's a common attitude in Idle No More that now we're done with talk," says Jacobs, who is working on her doctorate focusing on the impacts of resource development on holistic aboriginal health.

Born into the Six Nations reserve in the Haudenosonee Iroquois Confederacy, Jacobs holds a Bachelor's and Masters degree in law. During her term as head of NWAC, she focused on cross-country research in partnership with Amnesty International that produced the Sisters in Spirit report, documenting the hundreds of aboriginal women who have gone missing or been murdered in Canada.

"There's a direct connection between the loss of our land and the loss of water and other resources, and the poverty, the vulnerability and the violence toward women," says Jacobs.

Jacobs also has voiced concern for the hunger strikes conducted by Chief Spence and respected Nuu-chah-nulth elder Lillian Howard now nearing her thirtieth day of subsisting only on tea and broth from fish or deer. "These are strong women who we need to be strong in this lifetime," says Jacobs. "I respect the choices they have made and I am also praying for them."

Idle No More first coalesced last November in opposition to changes to the Indian Act and omnibus federal bills C-38 and C-45, seen as undermining environmental protection of land and water, possibly clearing the way for mega-projects such as the proposed Northern Gateway project, twin pipelines from Alberta to Kitimat, to transport oil from Alberta's tar sands along the B.C. coast to Asian markets in oil tankers.

Virtually all key First Nations have united in opposition to the Northern Gateway project. Though the proponent, Enbridge, claims to have made some inroads with First Nations, those backers have yet to come forward. Last week non-native environmentalists made common cause in Vancouver with Idle No More activists outside the "public" National Energy Board hearings (closed to those not pre-registered to speak), clearly foreshadowing a role young Idle No More activists say they plan to play by linking up direct action with reserve-based opposition to the pipelines project.

The lack of a cohesive message, and strategy, has frustrated many observers of Idle No More. Yet one seasoned First Nations activist, former Neskonlith Secwepemc chief Art Manuel, now chairperson of the Indigenous Network on Economies and Trade, said he thoroughly appreciates Idle No More and its diffuse goals.

"I support them, and in B.C. especially, a broad-based grassroots movement like Idle No More makes sense," said Manuel, a seasoned activist who has lobbied the United Nations on indigenous issues and still sits on the AFN's comprehensive land claims committee.

A building wave of youth

Manuel, who will speak tonight, Jan. 22, on an Idle No More panel at the Vancouver Public Library, says that he perceives many First Nations -- especially young people -- are deeply disillusioned by the flawed B.C. treaty process that has spent $1.1 billion over 15 years with only one comprehensive deal inked with the Tsawwassen First Nation. 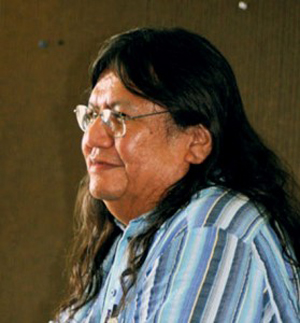 "First Nations in the treaty process are facing a $500-million bill in total in loans that become due and payable once a treaty is signed or once a First Nation leaves the process," says Manuel. He believes that young Idle No More activists don't see the point in paying a bill racked up by a previous generation to establish rights to land that the law says were never extinguished.

The treaty process claims 60 per cent of B.C. First Nations are engaged, but Manuel disputes that, noting that talks are actually taking place in fewer than 20 tables. "We've won significant battles in court over the years but now governments are actually spending enormous amounts to stay out of court on aboriginal rights and title issues," he says. "They're terrified of more definitive court decisions upholding aboriginal rights and title."

Meanwhile, previous court decisions have established the duty of industry to meaningfully consult First Nations before development of any significant scale proceeds. There are $650-billion worth of resource projects at stake or in the planning stages over the next decade in Canada, but virtually all proponents must first deal with aboriginal land claims or treaty rights.

And industry leaders will be dealing with a population that has time to wait -- almost one of three aboriginals is under 15, about twice as high as the rest of Canada. The median age of aboriginal Canadians is 27, compared to 40 for non-aboriginals.

"Idle No More is a movement led by young people and women, and they have had it with discrimination and poverty -- it's fine for the AFN to gain concessions for more talks at higher levels, but that won't satisfy this movement," says Manuel. "Clean across the country, the kind of changes Idle No More wants aren't going to be negotiated through talk at a table. Idle No More is finding its feet, it's learning and growing, it's broadly-based and it is learning how to put pressure on the Canadian system to move."

Don't look for a single leader or unified issue to emerge, says Manuel, but he warns this generation of First Nations is better-equipped, better-educated and poised to seize its share of Canada's prosperity.