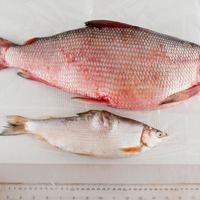 A new federally funded study on the tar sands has confirmed what a discredited industry-funded monitoring program could not: that pollution has now contaminated lakes as far as 90 km away from the massive mining project.

Due to "the absence of well executed environmental monitoring in the Athabasca oil sands" Environment Canada researchers cored the sediment of six lakes ranging from 35 km to 90 km away from the project.

In the sediment of boreal lakes researchers discovered that airborne pollutants from the tar sands production were now two to 23 times greater than levels deposited in the 1960s.

The study conclusively shows that bitumen pollution "is not natural, is increasing over time and the footprint of the industry is much bigger than anyone thought," says John Smol, one of Canada's leading freshwater ecologists, a Queen's University professor and a contributor to the study.

Federal researchers studied the transport of just one of many toxic tar sands contaminants: polycyclic aromatic hydrocarbons (PAHs), a diverse but deadly group of chemicals formed by the incomplete burning of fossil fuels.

"Because of the striking increase in PAHs, elevated primary production, and zooplankton changes, these oil sands lake ecosystems have entered new ecological states completely distinct from those of previous centuries," concluded the study.

PAHs (and heavy metals) are well known components of Athabasca bitumen and some such as benzo(a)pyrene, can cause cancers in humans while others are suspected of being both animal and human carcinogens. PAHS can also impede and affect fetal growth during the first trimester.

The study, published by the prestigious Proceedings of the National Academy of Sciences, also confirms the conclusions of two independently-funded papers by water ecologist David Schindler and Erin Kelly. These now highly cited studies roused the ire of industry and embarrassed the Alberta government by proving widespread water contamination near the mining project.

The first 2009 study found that oil sands air pollution from mines and upgraders blackened the snow with thousands of tonnes of bitumen particulates and PAHS during the winter within a 50 kilometre radius of the project. When the snow melted in the spring, the contaminants washed into the Athabasca River. The pollution amounted to an undisclosed annual oil spill between 5,000 to 13,000 barrels.

A follow-up 2010 study concluded that air pollution and watershed destruction by the oil sands industry annually added a rich brew of heavy metals including arsenic, thallium and mercury into the Athabasca river and at levels up to 30 times greater than permitted by pollution guidelines. Many heavy metals can increase the toxicity of PAHs too.

Both studies found that industry-funded monitoring was too haphazard to find evidence of contamination by toxic organic pollutants such as PAHs.

The two papers also created a wave of industry denials, a political uproar in Ottawa and eventually forced several high level inquiries on the quality and character of oil sands monitoring. All supported Schindler's conclusions and found that the industry-funded system was grossly inadequate.

The damning science tarnished industry credibility too. For years the tar sands industry claimed it had set up a "world class" monitoring system for the project even though federal scientific audits described the industry-funded watering monitoring program (the Regional Aquatic Monitoring Program) as substandard and fraudulent.

A 2010 review of the program by some of Canada's top water scientists reported that the industry program failed to meet seven out of nine basic objectives.

Alberta politicians, who draw 30 per cent of their salaries from bitumen production, have long argued that water contamination in the region was all the result of natural erosion of bitumen deposits along riverbanks and that industry was just cleaning up "Mother Nature's biggest oil spill."

David Schindler told The Tyee that the findings of the Environment Canada study should "deep six once and for all the bullshit that all pollution from the tar sands is natural."

"It shows that as production rises, so does the pollution fallout from the project. It also implies that we need some means of controlling these stack emissions. It also reinforces the now well-documented fact that past monitoring has been substandard. This sort of contamination should have been easily detected a decade or more ago."

Rising levels of PAH pollution may pose significant challenges to the proposed expansion of tar sands production from 1.6 million barrels a day to 3 million barrels by 2025. Scientific studies, for example, have found high levels of PAHs in six billion barrels of oil sands mining waste (enough to stretch to the moon and back 12 times) now stored in huge dams covering an area larger than the city of Vancouver.

Since the 1970s, scientists have taken a keen interest in PAHs, a vast body of often cancer-causing petroleum byproducts, while investigating the impact of oil spills on aquatic life. In the process, scientists have identified coking and smelting facilities as large emitters of PAHs and heavy metals. Alcan, for example, had to clean up its Kitimat smelter due to fish-killing levels of PAHs.

Fish can absorb PAHS from water and sediment via their gills, skin and stomach. Different PAHs can cause totally different diseases and deformities in different fish species, including cataracts, tumors of the skin and liver, weakened immune systems, deformities, bile duct cancers and heart troubles.

PAHs can persist and behave in unexpected ways. A 2003 high profile study in the journal Science found that weathered oil from 1989 Exxon Valdez oil spill, including PAHs, continued to poison and affect the lifespan of fish and sea otters at sub-lethal levels more than a decade later. Long term PAH exposure not only stunted the growth of young pink salmon embryos, for example, but decreased their lifespan by 50 per cent.

Several studies have confirmed that PAHs created by both natural and industrial oil sands activity can impact fish. Several experiments performed by Maria Colavecchia at Queen's University found that minnows and other fish exposed to oil sands mining waste sediment suffered from deformities, bleeding and skin diseases as well as reproductive difficulties. Fish deformities are now common downstream of the project.

Schindler told The Tyee that he was surprised to learn that the federal study found airborne PAHs travelling twice as far as his own studies or up to 100 km away. "We do not know what the toxicity of many of the alkylated PAHs and dibenzothiophenes is, even singly, let alone as a PAH soup, and in combination with toxic trace metals."

Given the high levels of PAHs contamination found in the lakes and the great distance they are now travelling Schindler would not recommend any more tar sands project approvals "until a complete, independent monitoring program is in place, and we have a couple of years data to know what the baseline is. And that information should be publicly known."

As a result of the scientific evidence on contamination of waterways by wind-borne bitumen pollution, Alberta and Ottawa slowly set up a new and comprehensive $50-million monitoring program in the oil sands in 2012. It is currently being paid for by Canadian taxpayers.

Schindler says the new monitoring program is an improvement on what the industry network produced but still fails to properly consult First Nation communities living downstream of the project.

"Aboriginal people are still out in the cold. Both the science arm and the oversight arm of any new body need to include aboriginal leaders, not have them out in some separate "to be consulted" camp," says Schindler.

"Consultation with First Nations has been totally unsatisfactory in the oil sands, and the term is near meaningless. This treatment flies in the face of Canada's claim to be multicultural. We cannot even deal with our own first culture."

While the Harper government set up the new oil sands monitoring program largely to stem international criticism of the project, it has also muzzled government climate change scientists, reduced other environmental monitoring, gutted key environmental laws (most fish habitat is no longer protected), and even cut the $25-milllion Research Tools and Instruments Grant Program, that helped to partly fund the EC study.

The Harper government, which makes more money from bitumen production than the Alberta government, also disbanded the National Round Table on the Environment and Economy, marine pollution research, the Polar Environment Research Lab and the world famous Experimental Lakes Area (ELA), a global leader in solving water contamination issues.

The ELA had been formerly directed by David Schindler.

International scientists as well as Dr. Ray Hesslein, another former director of the Experimental Lakes Area, say the closure of the ELA will be "a huge loss to the Canadian public in its ability to protect its fresh waters."

Harper's restrictive policies and budget cuts for scientists, water monitoring, and environmental legislation have drawn criticism from the world's most important scientific outlets including the journal Nature.

A 2012 Nature editorial pointedly concluded that, "If the Harper government has valid strategic reasons to undermine vital sectors of Canadian science, then it should say so -- its people are ready to listen. If not, it should realize, and fast, that there is a difference between environmentalism and environmental science -- and that the latter is an essential component of a national science programme, regardless of politics."