Getting by in the Pricey City

[Editor's note: This is part of an occasional series of videos created by students at the University of British Columbia's Graduate School of Journalism on how Vancouver's high cost of living affects the city's working poor. Living Collective was created, shot and produced by Farida Hussain. Here's more on what Hussain found at the Beehive.]

Vancouver has been bouncing around the "most expensive cities to buy a home" lists for some years, and that's rough for people who have the luxury of considering home ownership. 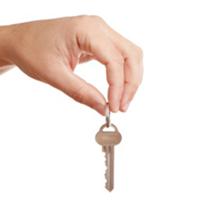 For the rest of us -- students, low-income families, partially employed folk -- rental prospects include basements and subsidized housing that can be cozy, but also inviting to mould and bug varieties.

So how do we find habitable, affordable shelter? When resources are scarce, the obvious solution is to share.

When I first heard about collective living, I wasn't sure how it was different from a group of students sharing a house. The Beehive is different. For starters, they're not all students -- one of them is a professor. I also found that the Beehivers had taken sharing to a whole new level.

They reminded me that as humans we are worth so much more than our incomes, and that our quality of life can still be based on our values and friendships rather than our salaries.

Rent at the Beehive is calculated monthly on sliding scale basis. Those who make more, pay more, allowing others to pay less and still live well. This is convenient for an artist like Sara Ross, whose monthly income fluctuates depending on her contracts.

Michael Schmitt, the professor, consistently earns more than the others and therefore pays higher rent. But the beauty of collective living is that Schmitt still pays much less than he would anywhere else, and also reaps other advantages of living together -- garden-grown food, home-cooked meals, the good feelings of a very slight carbon footprint, and lasting friendships.

The Beehive is just one of the houses in the Vancouver Collective House Network. Beehive members must agree to live sustainably: environmentally, financially and socially. Other houses share other values. I've visited a musicians' collective home, and trans and queer folks' collective housing. There's affordable room for everyone somewhere in Vancouver, and if you can't find a fit -- start your own.