Provincial legislation passed last week paves the road further toward construction of the controversial Jumbo Glacier ski resort and real estate development in the East Kootenay. It has sparked indignation and even a bit of rebellion among local governments in the Kootenays. 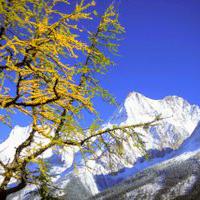 They are baffled to see that an area can, by provincial fiat, become a municipality before anyone even lives there.

"Ridiculous" is how Gerry Taft, the mayor of Invermere, describes the new state of affairs.

Bill 41 allows the government to create a "mountain resort municipality" in the Jumbo Valley and appoint its municipal council even though the area has no residents. It is actually a minor amendment to an existing provision in the Local Government Act, but the wording changes seem to expressly enable the Jumbo Glacier development, following the government's final approval of the project a few months ago.

The relevant section of Bill 41 reads:

the minister may recommend to the Lieutenant Governor in Council incorporation of a new mountain resort municipality for the area, whether or not there are residents in the area at the time of the recommendation, if the minister is satisfied that a person has entered into an agreement with the government with respect to developing alpine ski lift operations, year-round recreational facilities and commercial overnight accommodation within the area. . .

Bill 41 also states that the government may:

The new law raises many questions. By what criteria and process will municipal council members be selected? Would the developer be represented on the council? How many residents would have to settle in the area before an election would be held? How long could such a resident-less municipality exist? The appointed council could theoretically appoint one of its members to the board of the regional district -- how would the regional district and its constituents react to that? Could the appointed council borrow from the Municipal Finance Authority with its preferred rates, potentially using government money to help finance the development of the resort?

Opposition MLAs Norm Macdonald, in whose Columbia River-Revelstoke riding the Jumbo Valley is situated, and Michelle Mungall (Nelson-Creston) asked those kinds of questions in the legislature when the bill was presented earlier this month. Ida Chong, Minister of Community, Sport and Cultural Development, responded repeatedly that those details will be worked out in the future.

However, Liberal MLA Bill Bennett, whose East Kootenay riding is situated just south of the Jumbo Valley, seemed to have answers to some of those questions two months beforehand. He told The Nelson Daily on March 22 that the details have been discussed at some length in government circles. "There will be a small pre-council of three to five people appointed to deal with the development," Bennett said.

"There would be a representative of the province on this group but it would be chaired by a local person. This would be someone with local government experience, not a bureaucrat. It could be a retired mayor, for example."

The completed real estate development and all-season ski resort in the Jumbo Valley, to be constructed on crown land, would consist of a village of condos, chalets, shops and hotels with thousands of guests and residents. It would provide 20 lifts for expensive year-round skiing on several nearby glaciers.

Invermere Mayor Taft says giving municipal status to an area with no residents is "ridiculous" because "it is clear that a mountain resort municipality without residents is not about providing municipal services, or even about governance. Its only purpose is to avoid public process on land use zoning and rubber stamp the wishes of the developer."

Invermere is the town closest to the proposed Jumbo development and would be the next-door neighbor of a new municipality formed there. Recently Invermere's municipal council passed a resolution opposing the creation of mountain resort municipalities in general and took it to the annual meeting of the Association of Kootenay Boundary Local Governments (AKBLG) in Trail in April. The resolution asks that:

"The AKBLG oppose the concept of an undemocratic municipality controlled by the Province and developer, the AKBLG urge the Province to consult with Union of B.C. Municipalities on creating reasonable criteria to guide the establishment of new Mountain Resort Municipalities."

Taft told The Tyee that the AKBLG passed the resolution "with no discussion, no debate. Two or three people voted against it, but it was almost unanimously approved, with over 80 delegates in favour of it."

That means the resolution will go to the Union of B.C. Municipalities (UBCM) annual conference in the fall. If it is endorsed there, the government is required to provide a written response -- to a complaint about legislation that is already passed and a decision that has already been made.

UBCM president Heath Slee told The Tyee that the government notified the UBCM about Bill 41 a few days before its introduction. He said his organization would have no comment on it until the UBCM convention in the fall when they consider the AKBLG motion. When asked if the formation of an appointed municipal council in the uninhabited Jumbo Valley would not seem to fly in the face of the very definition of a municipality, he said, "Well, I guess it would," but declined to comment further.

On May 8, Invermere village council got more specific about the Bill 41 and passed another resolution:

"That the District of Invermere opposes the creation of an undemocratic Mountain Resort Municipality in the Jumbo Valley and in any other region of the province."

"The province has made it pretty clear they do not support the incorporation of small rural communities such as Windermere and Fairmont Hot Springs," says Taft, "because their population base is not large enough. Then to turn around and create a municipality with no population seems very strange."

Not the usual approach

Why has this unusual mountain resort municipality issue come up in this particular situation? How is local governance over land use in a situation like this normally decided? It's the tried and true method: the developer applies to the regional district for re-zoning, a process that includes public hearings.

In August, 2009, the Regional District of East Kootenay (RDEK) decided it wanted no part of such a complex and controversial re-zoning issue, and washed its hands of the matter by passing a motion, in an eight to seven vote, to ask the provincial government to create a mountain resort municipality.

The RDEK is governed by a 15-member board of representatives of the communities of Radium Hot Springs, Invermere, Elkford, Sparwood, Fernie, Kimberley, Cranbrook, Windermere, Canal Flats and six rural areas in the vicinity.

Gerry Wilkie sat at that table and voted against the motion. He's still the representative for RDEK Area G, and he is trying to get the regional board to rescind its 2009 decision and take back its rightful jurisdiction over what happens in the Jumbo Valley.

"There are different people on the board now, and different views," says Wilkie. "I think that some people on the previous board understood where they were going. But others I think simply were tired of the whole thing. But they did not realize that they were disenfranchising the people of the East Kootenay of their rights under the Local Government Act.

"We would like to get those rights back. They are circumventing the decision-making process with this legislation. The people in this region have never had their right to a public hearing on this issue."

Even if his motion passes at the RDEK board meeting on June 8, Wilkie is not holding his breath. "Frankly I don't think the government would do it [give jurisdiction back to the RDEK]. But that will be the request we hope to make."

Whether First Nations are being consulted disputed

The provincial government regularly pronounces that it is consulting with First Nations in preparation of making an eventual decision on Jumbo. That is what Minister Chong said in a phone interview in March of this year. She contradicted the above-quoted words of MLA Bill Bennett by saying the details of how a mountain resort municipality would operate had not been discussed and there were no decisions made yet.

In that interview two months ago, Chong did not say the government was preparing Bill 41. But she did say they were busy consulting with the Ktunaxa Nation and that no decisions would be made until that consultation was complete.

"Well, I don't know who they are talking to," said Kathryn Teneese, chief negotiator for the Ktunaxa Nation, "but it sure isn't me or anyone else I know." She said the Ktunaxa were not in discussions with the provincial government about Jumbo, and she confirmed this again on May 22. The Ktunaxa Nation is on record as opposing the resort. One small non-Ktunaxa group, the Shuswap Band, located near the Jumbo Valley, supports it.

In the meantime, Grant Costello, vice president of Jumbo Glacier Resorts Ltd., says that even if a mountain resort municipality were in place tomorrow, the project would not start right away.

"The earliest we could start would be sometime in 2013, or at the latest 2014," he said in March. "We have to do some archaeological studies and do some ground-truthing on some grizzly bear studies, and we have to have more consultations with the Ktunaxa."