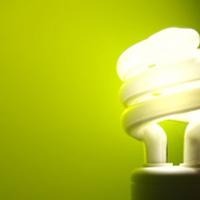 Unlike every other province and territory with the exception of Saskatchewan, British Columbia has yet to commit to provincial strategies for poverty reduction. But B.C.'s Liberal government says their local strategies will improve on the provincial model by looking at the unique needs of communities and avoiding a cookie-cutter, one-size fits all method.

But poverty reduction activists say this new plan, which comes with no new money or policies, misses the point. They argue the main steps needed for poverty reduction are sweeping, province- and Canada-wide changes and they fear government's new plan won't bring poor British Columbians any further ahead.

In partnership with the Union of BC Municipalities' (UBCM) Healthy Communities Committee, the Ministry of Child and Family Development (MCFD) will work with the seven municipalities to develop unique poverty reduction plans by September. Selected by the UBCM, the communities involved are Surrey, New Westminster, Port Hardy, Cranbrook, Prince George, Kamloops, and Stewart.

McNeil told The Tyee the plan came from the realization that government was providing poverty-reduction programs without consulting with communities first about their needs.

"Last June we were talking with a really small community of 500 people. The province had four to five programs for kids zero to six within that community. They loved each of the programs, but no one had the conversation with them of what do your (age) zero to six kids need in this community?" she says.

McNeil says the government has studied other provincial strategies and B.C. is already ahead of the game: by May 1 they will have raised the minimum wage from $8 per hour to $10.25 in one year, and they have built 21,000 new affordable housing units since 2001.

Instead, this strategy is about ensuring duplicate services aren't being provided between MCFD and the other ministries. It's about making sure communities, and families, receive services tailored to their individual needs, while keeping the budget low.

"The beauty of what we're doing is we’re going in with open minds. Let's take a look, see what it is that we're all doing, see what the community needs, does it mesh," says McNeil.

Once the seven strategies are completed, McNeil plans to have 20 community plans in place by the end of 2013. The ultimate goal is a plan for each of the province's 47 municipalities, based on the success of the first seven.

Government not doing their job: Garner

The B.C. Poverty Reduction Coalition is glad the province has recognized poverty is an issue, and that they are seeking community input, working across ministries and have set clear timelines and goals to complete each strategy. But that those are the only positives of this poverty reduction method.

"Fundamentally it's pretty lacking. It doesn't have any new policies, any new priorities, and any new money, so it's not really getting at any of the systemic causes of poverty," says Trish Garner, organizer of the B.C. Poverty Reduction Coalition.

"The truth is that there are one-size-fits-all measures that do need to be in place that would make a huge difference, like raising the minimum wage even more than it has been, raising welfare rates, building more social housing -- something that we were good at in the past -- (and a) universal child care system.

"These are things that can't happen at the community level, they need the provincial government to take the responsibility for that."

Garner says what government has achieved so far is paltry, particularly regarding housing. She says a partnership between the provincial and federal governments saw 1,500 new units of social housing built per year from the 1970s to the 1990s. But from 2005 to 2010 the B.C. Liberal government has built just 280 new units.

The Coalition did meet with MCFD in March to express their concerns. But Garner says few of their suggestions were utilized in the end, including advocating to the federal government for national housing and childcare strategies.

"It doesn't do what the provincial government is supposed to do, which is actually introduce bold new policies that would make a huge difference to people," she told The Tyee.

There are currently services for the homeless and unemployed in Cranbrook, but Mayor Wayne Stetski is optimistic a community poverty plan could help break the cycle of poverty. He's glad the province is starting out small, however, and sees these first seven plans as a test-run of an eventual provincial strategy.

"The risk with a province-wide initiative is you're not really sure what kind of success rate you're going to have. I think that starting small and learning from that can actually, in the end, be very cost-effective and effective in terms of implementation on a province-wide basis. Personally I think it's a good way to go," he says.

"What is learned in Cranbrook potentially may help other communities and other parts of the province. I'm excited about that."

The city of Surrey was already developing a poverty reduction strategy when this announcement was made. A city where approximately one-third of the population is children, city council estimates 16 per cent of Surrey's residents live under the poverty line.

Surrey's strategy should be complete by July, a full two months before the provincial government's. But Councillor Judy Villeneuve is eager to see government help make a difference, hopefully by adopting some of Surrey's strategies.

"We certainly can't accept the downloading for all the responsibility because we only get eight cents out of every tax dollar. So our financial resources are limited, and our mandate as city council is not to be providing social services, but developing infrastructure and services for a healthy community," she says.

"We want to take peak care of people on our streets, and so we play a strong advocacy role, but we're also willing to work hand in hand if there's resources from other levels of government."

Villeneuve wants a provincial strategy, too, however. Her argument is poverty is costing the province too much money, particularly to our health and judicial services, and needs to be a top priority for the province.

McNeil hasn't ruled out introducing new policies or funds for reducing poverty once the community plans are done. She says she expects common themes and issues to show up between communities in terms of their poverty reduction needs.

Garner says she believes McNeil sees the value in a provincial plan, but her government doesn't.

"They're still pushing their jobs plan as an approach to reducing poverty, and we know that that's really not getting at the key problems. We know that two-thirds of people living in poverty have a job already," she says.

At least seven community plans should be completed by the May 2013 provincial election. But that doesn't give government much time to prove local plans are the way to go before British Columbians make the ultimate decision at the ballot box.