The recent decision by Ontario's court of appeal to strike down the provision that criminalizes brothels has been lauded as a landmark ruling and a victory for women and feminists across Canada. 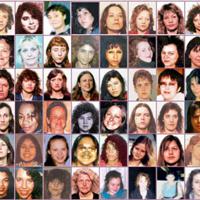 Yet others contend that the judgment left the marginalization and criminalization of women working the street unaddressed, and that striking down the bawdy house law will not make prostitution any safer.

"It's very frustrating to me to see the court not really recognizing that taking the very same women and moving them indoors doesn't actually change anything about the circumstances that they're in," said Janine Benedet, an associate professor at the UBC Faculty of Law and co-counsel for the Women's Coalition for the Abolition of Prostitution, who argued on the group's behalf at the trial.

If the decriminalization of brothels isn't a solution in terms of making women safer, what is? The answer, say some proponents, may be a Canadianized version of what's commonly known as the Nordic model.

Beginning with the passage of Sweden's Sex Purchase Act in 1999 and adopted by Sweden, Norway and Iceland, the Nordic model of law decriminalizes prostituted women, but criminalizes pimps and johns. It combines a central goal of gender equity with support for women who wish to leave the sex industry, also known as "exiting services."

Case about brothels, not the streets

While the court struck down the bawdy house law, it kept the provision that outlaws public communication for the purposes of prostitution. While some say they're disappointed the decision failed to change the communication law that effectively criminalizes street prostitution, the case was never really about women working on the street.

Terri Jean Bedford, one of three applicants who challenged Canada's prostitution laws on the basis that they were unconstitutional, said: "I was mainly concerned with winning the bawdy house law because of what happened to me at Thornhill. I've been vindicated now."

Bedford's "Bondage Bungalow" in Thornhill, Ontario was raided in 1994. She was charged with keeping a common bawdy house, leading her to challenge the legislation.

"They threw me out of house and home. It was unconstitutional."

Benedet was not surprised the court opted to keep the majority of criminalization on the street, and says the decision changes little.

"What we have to recognize is that in Canada our policing of these various prostitution provisions is very much skewed towards policing women on the street.... Across Canada you see far more arrests under the communicating provision, so as a result we had a kind of de facto decriminalization of massage parlours and indoor venues."

It is the most marginalized women who tend to be on the street, engaged in survival sex work. These are women with few to no other choices, and are often poor, addicted and racialized.

Benedet added: "When the (court case) applicants were asked directly whether they would be okay with keeping criminalization on the street but not in brothels, they said they would accept that, because the heart of this case is about brothels."

Gunilla Ekberg, a Swedish lawyer who was central in the creation and implementation of the model in Sweden says the adoption of the Nordic model was a watershed moment for the country.

"We went from only focusing on the victims and their 'morals' to saying that the culture of prostitution that we had before is not acceptable. We began to look at prostitution as a hindrance to gender equality," the lawyer said.

While legislative change was key, Ekberg points out that what was also important was that "we had certain principles that informed everything we did." The police, for example, were educated on the implementation of the law and their own approach. They were taught that it is not the women who are the criminals, but rather the buyers.

Trisha Baptie, a former sex worker who recently visited Sweden and spoke with government officials and women who still work in prostitution, says the Nordic model has been effective at lowering incidences of prostitution as well as trafficking, but also that it is very much a symbolic law.

"It isn't to say that men have completely stopped buying sex from women, but it did set the country on a different trajectory in terms of setting a standard of equality."

She said that because of it, young women and men in Sweden now understand prostitution as something that works against gender equity.

Former Vancouver city councillor Ellen Woodsworth is critical of the Nordic model and believes that criminalizing buyers, or johns, will only increase the danger to sex workers.

"Criminalizing only the men doesn't change the situation at all. It makes people jump into cars without checking out who's in the car, because the johns want to get out of the situation as quickly as possible," she said.

The theory behind such an approach is that, if johns are decriminalized, prostituted women working the street will have more time to assess whether or not a man is violent before getting into his car.

Benedet also contests this idea, saying it "misses the point" as to the source of danger to prostituted women. She thinks that men want to get out of public view regardless of whether or not prostitution is criminalized, and that there's no surefire way of knowing if a client will turn violent once behind closed doors.

Woodsworth wants to see prostitution treated as an occupation like any other, meaning that sex workers would have rights like any other worker. "Whether there's violence involved in the work, it's still a job," she said.

Like feminists who want to see an eventual end to prostitution, also known as abolitionists, Woodsworth wants society to move beyond looking at prostitution as a moral issue or as a sin.

The division between those who advocate for full decriminalization and those who support the Nordic model is the end goal. One group wants to see prostitution treated like a job like any other, while the other sees it at odds with women's rights.

What's missing from the Bedford case and from decriminalization advocacy is a discussion about who commits violent acts against sex workers. While there is a lot of talk about harm reduction and how women in prostitution can best avoid rape, assault and even death, there is little focus on the johns themselves.

What makes the Nordic model different is the lens through which prostitution is viewed. As Ekberg notes: "When you decide to look at prostitution from the point of view of the victims and then analyze those who commit the violence, it becomes clear that it doesn't matter if you have nice curtains and silk sheets or if you're in the back seat of a car, but it is what the buyer does to you that is the harm."

Benedet believes the Nordic model would work well for Canada and is completely transferable. To that end, she points out that Section 2124 of the Canadian Criminal Code, which criminalizes the solicitation of services from prostitutes under the age of 18, could be easily applied to adults.

"But it has to be accompanied by both a public statement to discourage demand as well as services at the other end. That's what is sometimes ignored when we talk about the Nordic model," she said.

The purpose of the model is to provide choices for women that go beyond selling sex in order to survive. Benedet adds: "Obviously there has to be a state commitment to offer something better and not to use prostitution as a social safety net."

In Canada there are no real comprehensive exiting services for women who want to leave the trade. The Nordic model could provide a solution and is seen by many as a way to work towards women's equality beyond simply treating prostitution as a viable solution to poverty.

The decision in Ontario will undoubtedly go to the Supreme Court of Canada for a final ruling. To lawyer Ekberg, it's important not to jump from analysis to measures before you have a vision and to her, the vision needed for prostitution law is one of equality.

"It was very clear to us that this (the Nordic model) was a feminist measure, and that this legislation was about women's human rights," she said.