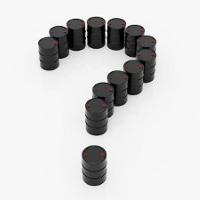 Eleven Oily Questions for Every MP

In a detailed analysis submitted to the National Energy Board, Robyn Allan, the former president and CEO of the Insurance Corporation of British Columbia, concludes that "Northern Gateway is neither needed nor is in the public interest."

Moreover the project, if built, would raise the price of every oil barrel by $2 to $3 dollars in Canada over the next 30 years, and thereby create an inflationary price shock that would have "a negative and prolonged impact... by reducing output, employment, labour income and government revenues."

Allan's 74-page detailed and highly critical report not only challenges the credibility of Enbridge's controversial proposal but also questions the very rationale for a public hearing.

"I assumed that it would be a wealth generating project," the 56-year-old retired investment and financial affairs economist told the Tyee. "But when I started digging none of those assumptions held. The project is an inflationary price shock to the economy."

Allan's blunt conclusions indirectly question the financial competence of both Prime Minister Stephen Harper and Natural Resource Minister Joe Oliver, who have described the Chinese funded $5-billion project as a form of "nation building." They have also dismissed its critics as "foreign radicals."

Allan, once rated by the National Post as one of Canada's top 200 CEOs, says she started to study the economic case for the project after a query by her son. That was when she discovered that Enbridge's economic benefit models were based on "misleading information, faulty methodology, numerous errors and presentation bias."

Moreover, 90 per cent of the project's benefits all come from substantial increases in oil prices. Because the price of oil rises to the top global market, the pipeline would not only raise gasoline prices throughout Western Canada but inflate the price of imported oil for Eastern Canada too.

The input-output models used by Enbridge don't account for economic feedback "or how consumers adjust to rising oil prices."

Enbridge, Harper and the Alberta government have long argued the project is needed to secure a higher price for bitumen due to overproduction and a supply glut in U.S. markets.

In fact, even Enbridge's analysis admits that there will be no net benefit to Canada if the project does not secure the so-called "Asian Premium" or a higher crude oil price. But by capturing that premium for crude oil, the project will effectively raise Canadian oil prices for the next 30 years.

"The upshot is that Canadian refinery demand... will have its market price determined as if the transactions for Canadian crude oil supply and demand take in place in the Asian market." (The Chinese government heavily subsidizes the price of oil in its economy.)

As a consequence, the project will raise the price of oil with no commensurate change in production or efficiency; it will enrich a few global oil companies such as Sinopec and it will increase inflationary pressures in Canada for decades.

"Northern Gateway is about a redistribution of income from consumers and business that use oil and oil-based products as inputs, to oil producers... Canadians certainly do not want to irrevocably adopt a crude oil energy strategy whereby, as exporters of oil we become importers of inflation," wrote Allan.

As a result, the project will not build the nation's economy but actually shrink it.

"Higher oil prices mean a decrease in family purchasing power, higher prices for industries who use oil as an input into their production process, high rates of unemployment in non-oil industry related sectors, a decline in real GDP, decline in government revenues, increase in inflation and an increase in interest rates and further appreciation of the Canadian dollar."

Yet Allan found that the pipeline will "ensure that the Canadian economy moves further away from a diversified base and closer toward a bi-industrial model: primary resource extraction backstopped by a sophisticated financial sector."

Enbridge's economic case also assumes that the Asian Premium, a form of price gouging by Saudi Aramoco, the region's central supplier, will persist and support Canadian bitumen exports. Allan calls such an assumption flawed too.

"It is difficult to understand how the oil industry, publicly supported by the federal government, can use free market arguments to support the need for pipeline capacity expansion, in order to access a market where deliberate price gouging (non free market) forces are at work. It would be one thing to argue that providing supply to Asia will remove this predatory practice, but Canadian producers actually need the Asia Premium for its business and economic case to work; particularly in the early years of the project's operation."

In addition, Allan characterizes the reduction of Enbridge's insurance coverage for oil spills to $575 million as "likely insufficient" to cover the cost of any real spills along the 1,000 kilometre pipeline over mountainous terrain.

Enbridge's benefit case (five of its 12 corporate directors are U.S. citizens) says the project will not aggravate the nation's "Dutch Disease," a common challenge for all oil-exporting nations that raises the value of currency and trashes the output of local manufacturers.

Allan, however, found the project would make things worse. "The project promises a sustained increase in the price of crude oil which will serve to appreciate the Canadian dollar, raise inflation and interest rates. Those pressures will work negatively on Canada's other exporting sectors to decrease output and employment further."

Enbridge's economic benefit model assumes that exchange rates will remain at 85 cents for 30 years. But given that the Canadian dollar is now pegged to rising oil prices, "that assumption falls apart. The project will put pressure on exchange rates and rising exchange rates can also lead to net losses for the oil industry," added Allan.

To date, the federal government has not conducted a rigorous and independent cost-benefit analysis on the impact of increasing bitumen exports to Asia or the United States. Parliament recommended such a study in 2007.

Most of the media discussion on Enbridge has focused on environmental issues such as ocean pollution and potential spills.

"Shouldn't we figure out if there is an economic case before determining what the environmental sacrifices might be?" asked Allan.

The Alberta Federation of Labour submitted Allan's report along with its public submission on the project to the National Energy Board yesterday. The 140,000-member union, which supports local upgrading of bitumen and opposes the pipeline, characterizes the document as a "game changer."

Allan's report supports the findings of Dave Hughes, a retired senior analyst with Natural Resources Canada. He described the pipeline as a risk to Canada's economic and energy security.