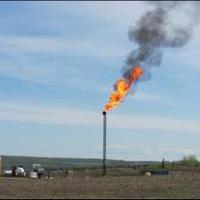 This has caused plenty of criticism, especially from public sector bodies. School boards have been angrily vocal about having to send tax dollars to a Crown corporation called the Pacific Carbon Trust (PCT), which uses the money to pay profitable corporations like Encana to cut their greenhouse gas emissions.

Politically, it's a tough sell as well. New Democratic Party environment critic Rob Fleming complained recently in the legislature that "public dollars that should go to alleviate wait-lists, improve learning outcomes, replace inefficient boilers or install heat pumps and solar walls at schools are instead being given over to profitable cement, gas, spa and resort companies with revenues and assets worth hundreds of billions of dollars.

"We're still in the process of giving scarce education and health care dollars to massive GHG emitters like Encana," Fleming said. "Our public sector entities are being unnecessarily constrained in their own ability to plan, save and invest in projects that will green our schools and hospitals and actually lower the energy costs borne by the taxpayer."

Even some Liberals are unhappy with the policy. When B.C. School Trustees president Michael McEvoy complained about the strategy to the legislature's finance committee recently, Liberal backbencher Jane Thornthwaite told him: "I get what you're saying about the [Pacific] Carbon Trust. I tend to agree with what you're saying."

Admittedly, the money spent on carbon offsets, as a percentage of public sector budgets, is tiny. But in times when money's tight all over, such complaints are not going to stop.

Good idea at the time?

So why does the government give health and education dollars to big corporations? To understand the policy, we have to go back to February 2007, when then-premier Gordon Campbell decided to fight climate change. His government outlined a sweeping package of emissions-fighting policies, including a plan to make the B.C. government carbon neutral.

Over the next year, civil servants put together a plan that promised all sorts of spinoffs. The government would cut its emissions. Emissions that weren't cut would be offset, tonne for tonne, by carbon eliminated elsewhere in the economy, making B.C.'s public sector a net-zero greenhouse emitter.

If you accept that offsets represent genuine cuts in emissions -- a debatable conclusion -- the idea made sense from a policy point of view. The atmosphere doesn't care where greenhouse gases come from; a reduction in the private sector is as good as a reduction in the public sector.

At the same time, the strategy would show that the B.C. government was leading the way in the fight against climate change. (And, some cynics speculate, wouldn't hurt the government's image if people got confused and thought the entire province was carbon neutral.)

Meanwhile, the government's commitment to carbon neutrality would, through the offset strategy, also give the private sector some cash to help cut its carbon.

But that wasn't the end of the anticipated benefits.

Not only would government help to reduce BC emissions, it would create jobs, "in new fields of employment like carbon accounting, carbon brokerage, carbon auditing and carbon trading."

By offsetting government emissions, the folks at PCT would become experts in the arcane world of carbon offsets, poised to profit from that expertise in a new, low-carbon economy.

At the time, carbon offsets looked like they were going to be a lucrative global commodity. Climate change was a growing policy concern and offsets promised to be an important and profitable tool in the battle to keep the planet from broiling.

Then the global economy tanked.

Climate change was no longer such a policy priority. B.C.'s provincial budget went into the red, putting a squeeze on budgets throughout the public sector. There was less money for capital projects that would cut emissions and less money to buy offsets.

Globally, slower economic activity has meant less demand for carbon offsets. Prices have slumped to the point where offsets are now the world's worst performing commodity.

In B.C., the private sector has become less interested in selling offsets. In a gloomy economy, corporations are not so keen to undertake capital projects of any kind, including those that reduce emissions. The result is that the Pacific Carbon Trust is having "challenges" buying enough offsets to sell to the public sector.

"A risk for PCT," says the trust's latest annual report, "is not being able to source enough quality offsets because of a delay in starting projects, due to policy and slow economic recovery in North America." (The trust says it has enough offsets for the first three years of carbon-neutral government. Carbon markets, a spokesperson said in an email, "continue to mature.")

Amid all this uncertainty and belt-tightening, this was the first year that public sector organizations were required by law to buy offsets, at $25 per tonne, for carbon spewed in 2010.

School districts, which have elected representatives who are used to taking on Victoria, have been the loudest to complain. They see themselves caught in what a report from the Columbia Institute calls a "Catch $25." Says the report:

"The way that the system's been set up, it actually gets in the way of school districts doing real emissions [reductions] within their own operations," said Charley Beresford, the executive director of the Columbia Institute and one of the report's authors. "They're put in a box where they're forced to spend money buying offsets and then they don't have enough money to apply to those things that would actually end up in reductions."

School districts spent less than one per cent of their operating budgets last year buying offsets. But school budgets are "very, very tight in the first place," as Beresford puts it. "There aren't enough operational dollars to run the programs already and clearly there aren't enough capital dollars to make the fixes that are required."

Over the years, the carbon neutral government policy has also developed some uneven features, thanks to a political fix that the Campbell government made to the carbon tax in the fall of 2008.

Individuals and corporations get income tax breaks that roughly balance what they pay in carbon tax, making the tax nominally "revenue neutral." Because they don't pay income tax, school districts and local governments argued that the carbon tax wasn't revenue neutral for them.

So the Campbell government promised them a rebate on their carbon tax. To collect the rebate, a local government or school board had to promise to go carbon neutral – even though school districts were already required to do so by law.

Independent MLA Bob Simpson notes that the rules for going carbon neutral for local governments are much less onerous than for the rest of the public sector. Instead of buying offsets, municipalities can invest in local projects that reduce emissions. And if they do choose to buy offsets, municipalities don't have to go to the PCT; they can buy them at cheaper prices from other offset sellers.

Why did local governments get a better deal? "They have a better political lobby," said Simpson.

And that's led to an odd situation: if a local government needs more cash to purchase offsets, it can always raise taxes. A private corporation can raise prices. But other public sector organizations like schools and hospitals can do neither of those things.

"The only sector that does not have revenue-generating capacity is the only one that's capped and taxed at $25 a tonne," say Simpson. "It's bizarre."

Next, on Wednesday: Some possible solutions.