With one way of looking at it, Pacific Carbon Trust's purchase of carbon offsets from EnCana Corporation will cut greenhouse gas emissions and help public bodies and other offset purchasers become carbon neutral. 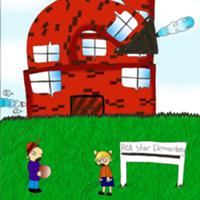 By another, the deal represents a massive transfer of public money from British Columbian schools, hospitals and taxpayers to an already profitable private gas company.

"This is a project that we initiated and works very well in terms of accomplishing a number of goals for both EnCana and the Pacific Carbon Trust," said Carol Howes, a spokesperson for EnCana.

On May 5, the company and the PCT announced that the B.C. Crown corporation bought 84,000 tonnes of carbon offsets from EnCana. The purchase helped EnCana, a company whose former CEO Gwyn Morgan was a key advisor to Premier Christy Clark, complete a project that reduced greenhouse gas emissions by 85 per cent from a project near Fort Nelson in northeastern B.C.

The project uses natural gas instead of nitrogen as a drilling lubricant. As the press release described it, "The natural gas used to facilitate drilling is conserved through onsite recovery and captured, then streamed directly into a pipeline, eliminating the need for routine flaring."

The technique has been used in 84 wells now, said Howes.

The money for offsets made EnCana's project economically viable, said Scott MacDonald, the CEO for PCT. The project was audited by both KPMG and Ruby Canyon Engineering, and it's clear EnCana did something with the money that it would not have done without it, he said. "They've proven what we call in the offset world 'additionality,'" he said.

Both MacDonald and Howes said the price PCT paid for the offsets is confidential. But with PCT charging $25 per tonne when it sells offsets, the value of the deal would likely be in the range of $2 million.

The deal is among the largest for PCT, which a spokesperson said is set to make further announcements in the next few weeks, and has critics again asking questions about how PCT is structured. They now have a prime illustration of why the agency's business needs a skeptical look.

The PCT is using public money to pay EnCana to do something they should already be doing on their own, he said.

Independent Cariboo North MLA Bob Simpson issued a press release criticizing the EnCana deal: "Subsidies are not the only tool available for us to encourage corporations to reduce their carbon footprint. We need to explore other options that do not include using money intended for classrooms."

Schools could use money

The Pacific Carbon Trust began selling offsets in 2007, mostly to the public sector. The province legislated that the core of the government would be carbon neutral by 2010, with local governments to follow by 2012. Public bodies have been working to reduce their emissions, but as long as they are above zero, they'll have to pay for offsets to balance them.

For the Victoria school district, which is as financially strapped as other boards of education in the province, that meant a $170,000 expense in the 2010-11 fiscal year, said Seamus Howley, director of facilities for the district.

"We could all do without it," said Howley. "We would very much like to see that money going back to school districts to improve our facilities, thereby reducing our carbon footprint."

Howley said he expects other school districts had to spend similar amounts of money on carbon offsets. "We have a lot of older, very old schools, and they tend to be not that efficient," he said. Districts like Vancouver would be in a similar situation, while districts like Surrey where the schools are newer might be a bit better off, he said.

"We have a number of projects underway... that we hope will reduce it next year," he said. To do that, it would be helpful to have the money for offsets to spend on those projects, he said.

Neither Finance Minister Kevin Falcon, who is responsible for the PCT, nor Environment Minister Terry Lake were available for an interview.

An Environment ministry spokesperson said in an email that public sector expenditures on offsets will be reported in June.

PCT CEO MacDonald said the public sector requires something like 800,000 tonnes of carbon offsets a year. At $25 a tonne, that would give PCT some $20 million in government money to spend.

Asked about the optics of money from schools and hospitals going to EnCana, spokesperson Howes said, "I think you'll have to have the Pacific Carbon Trust respond to that."

She did allow, "We feel very strongly that this has been a very good project for us."

MacDonald said the province has a goal of making the public sector carbon neutral, and offsets are a way to do that. He said to expect a formal announcement in early June saying the goal has been met.

He also noted that PCT is funding some projects in the public sector, including projects at landfills owned by municipalities or regional districts.

The agency's website also shows that while the main customers are the public sector, they are also selling offsets to private companies and individuals.

An Environment ministry spokesperson noted that for projects such as EnCana's "any government or broader public sector offset investment accounts for only about five per cent of the total capital cost." The project will improve local air quality and result in significant greenhouse gas reductions, she said.

"These projects are stimulating the growth of the green economy, creating jobs, helping new technologies take root in our province, while reducing emissions and improving our environment," she said.

"It shows the price signal does work to incentivize projects," he said.

Ultimately, it would be better to pay for such projects through a cap and trade system, where the funding comes from industrial emitters, rather than through an offset program like PCT's, he said.

B.C. is scheduled to enter such a system as part of the Western Climate Initiative in 2012, a commitment recently affirmed by Environment Minister Lake.

"I think B.C. has done the leg work to be ready for the beginning of 2012, and I'd encourage the premier to move forward on that schedule," said Horne.

Doing so would also free the government from having to explain why schools and hospitals are being used to fund EnCana and other company's projects.