On my way to the Occupy Vancouver food tent on the weekend I passed two old men, shuffling along with jam jars of mushroom soup in hand. 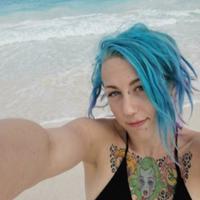 "So are you part of this movement?" one asked the other, taking a sip from the jar.

His companion shakes his head, stirred his soup with a spoon. "Nah, just here for the food."

Volunteers have been serving free food out of a tent at the corner of Hornby and Georgia every day since the occupation started on Oct. 16. In the past three weeks it's become a de facto soup kitchen, feeding people who are part of the occupation, but also many others who just want a good meal.

'Whatever comes in, goes out'

Robin Pickell, a 24-year-old Emily Carr student with long blonde dreadlocks, is one of the Food Not Bombs volunteers who help coordinate the kitchen. She says food donations have been coming in steadily. Discovery Organics has sent produce, Eternal Abundance brought large vats of soup, Fifth Avenue Cinemas is donating popcorn, and a farmer in Abbotsford is dropping off boxes of carrots and onions every week. Not to mention the individual donations -- a bag of rice here, a few cans of tomato sauce there -- that add up.

Pickell says they prepare only vegan food in the kitchen, and prefer vegetarian donations. Ultimately, they'll take anything. "Whatever comes in, goes out," she says. Pickell estimates they are serving hundreds if not thousands of meals every day.

She says about 50 per cent of the food is prepared on site, and the other half is prepared off site and brought in. "Lienny," 62, has been coming in three days a week. On the weekend the former restaurant cook came bearing hummous, babaganoush and green salad with spicy peanut dressing, a recipe from her native country of Indonesia.

"I really enjoy doing this," she tells me. "Everybody needs love, everybody feels emptiness. What I realize, here, food is filling that emptiness." Her warm face darkens when I ask what she thinks will happen if they are asked, or forced, to dismantle the kitchen and leave.

"What about the Chinese [Falun Gong] protesters, on Granville street for 20 years," she exclaims. "We have a right to occupy!"

Frank's specialty is Mexican-style beans and rice. He comes in the mornings, picks up the ingredients, takes them back to his place (near the Granville bridge), cooks it up and then brings it back to serve. Frank says he doesn't have a car or bus pass, but when the bus drivers see him coming up the stairs holding a huge pot in both hands, they let him on for free.

I ask how many donations are coming in per day. "Per day?" he asks. "Every five minutes somebody is coming in with something." Yesterday, someone called in saying they had a hundred pot pies.

Indeed, in the half hour it takes me to eat my beans, rice and salad on Sunday afternoon, three people come up with donations, including two women with a couple of large, boxed carrot cakes, each inscribed with the words "Friends for 100 years" ("It's a Quaker saying," one of the women explains.) The arrival of cake draws a lineup. The number of people coming for food ebbs and flows, but remains steady all day since there is no fixed mealtime.

'Everybody should have food'

When I come back the next day, a rainy Monday, it's much more quiet. Volunteer Sean Stuart takes me behind the folding tables where food is dished out so I can see the kitchen. It's equipped with two burners, some basic cooking utensils and appliances, including a blender and toaster, and a sink with running water (which is hosed from a faucet at the side of the Art Gallery). Volunteers (there are about 10 to 12 core people who rotate in and out) stand behind folding tables, on a floor of pallets and plywood and serve food. That's a rule -- you can't serve yourself.

(Rule two: you are supposed to wash your own dishes. That happens in another tent. There's a table with five tubs; one pre-rinse, two wash, and two post-rinse. Clean dishes are left to dry in a shopping cart.)

Stuart, a 32-year-old drywall contractor, happened upon the occupy site when he got off on the wrong Skytrain station. He saw that the kitchen needed help, lent a hand and has been back "nearly every day" since, he says.

Keeping things clean and tidy is the biggest challenge. We watch a stooped over man, wearing many layers and talking to himself, spill raisins all over the table. He barks something unintelligible and walks away. Stuart sighs, "That's the biggest problem right there." He sweeps the spilled raisins into his hand and tosses them.

Vancouver Coastal Health spokesperson Gavin Wilson says environmental health officers have been making routine visits to the occupy site since the beginning, checking for things like food safety, sanitation and pest control. Wilson said officers have made recommendations to the kitchen, and found volunteers to be "very co-operative."

"We have not really seen any big health concerns, at least not in terms of food," he said (although drugs are another matter).

Stuart says he isn't sure what will happen when the city and police order structures removed, something Mayor Gregor Robertson said will happen this week.

"I didn't think the tents should be here, when I first got here," says Stuart. "But I think that everybody should have food."

He spoons out some soup for a man who looks like he came from a construction site. He's wearing a bulky plaid jacket, heavy boots, jeans and ball-cap and looks to be in his late 40s. Stuart asks him what he thinks of the vegan food.

Not everyone is so appreciative. Stuart says one guy got mad because there wasn't enough icing on his piece of chocolate cake. "He threw an orange at me!" he exclaims. "Because he didn't like the piece of free cake I was giving him." He mutters something about losing faith in humanity. But he keeps on serving soup.