Brenda Isabel dreads Kenya's next election, scheduled for Dec. 2012. But hers is not a whiny, Canadian "geeze-not-another-one" moan about what an imposition that five-minute trip to the polls can be. No, it's a bone-chilling knowledge, spawned by personal experience, that elections really can be a matter of life or death. 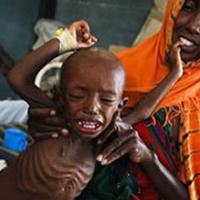 In Africa, It's Sickening to See Tories Play Refugee Politics

Today, Isabel is the founder and director of the Human Relations Trust, one of the many oases of dignity that I've had the privilege to visit on this trip through East Africa. She started the organization, she tells me while we share a dish of tikka chicken at the food court in Nairobi's western Yaya district, to help her forget the events of that hideous night four years ago.

The mall is just up the hill from Nairobi's notorious Kibera slum, where Isabel grew up and where her mother still lives. Kibera is the second largest urban slum in Africa (officially home to 200,000 people but estimates rise as high as 1 million), just five kilometres from the high rises of Nairobi's city centre. From the ridge south of the slum, and in the shimmering heat, the rows of rusted corrugated roofs below seem to twist in and around each other like a nest of tent caterpillars.

But more than a slum, Kibera testifies to how the forces of the universe continue to squeeze both diamonds and coal out of carbon-based animals like you and me.

My driver, Wilson, knows the dark side of Kibera. A few months ago, a congregation of nuns hired him to pick up two children in the slum, a five-year-old boy and infant girl. The mother had died in childbirth, leaving the kids alone with their alcoholic father. Neighbours reported that the children rarely ate. They also pooled their shillings and bought a bed and mattress so the children wouldn't have to sleep on the cement floor. But when Wilson arrived, the boy told him that the father kicked him off of the mattress and started sharing the bed with the baby girl. "The father gave the baby HIV-AIDS," Wilson recounted. "I cried when the nuns told me that."

Kibera was the site of Brenda Isabel's descent into hell as well. After the elections in 2008, Isabel was visiting her mother. One evening, returning from her work at a national foundation, Isabel's car was stopped at a makeshift roadblock. The goons manning the blockade shot her driver and stole her money. "Then they put both of us into the [trunk] and started driving off." They drove to a forested area [Kibera means forest, though little remains], and dragged her out of the car. While a violent electrical storm raged, the eight men took turns raping her, leaving her for dead in a nearby stream.

"I remember lying there thinking, 'God, if you are sitting up there on a stool letting this happen to me, why don't you just kill me now with a lightning bolt?'" Isabel recalls.

Everything changed. Isabel broke off her engagement. She didn't even want to see her father when he came to visit her in the hospital. When she eventually returned to work, and one of her coworkers joked that she must be pretty good in bed to handle eight men, she quit her promising, well-paid position at the foundation.

"My pastor told me that those men left part of their souls in me," she says softly. "And when I used to get angry and fantasized about killing them, I think maybe he was right."

But Kibera also is a place of hope. A scant few hours before sharing a meal with Isabel, I visited the Irish Christian Brother's Mary Rice Centre, a school for the mentally and physically handicapped children in Kibera established in partnership with women in the slum and run by the young and immensely patient Brother Constantine Sunday.

Imagine, if you can, that you're a single mother, living in one of the poorest, most dangerous slums on the planet, holding on to a thread as you scramble to put bowls of maize in front of your kids, and you give birth to another child, this time with epilepsy. Other than the depths of famine, it's hard to imagine a life much more desperate than that. So standing with Brother Sunday, his students and their mothers in the clean, safe space carved out of the dirt streets carpeted with garbage and "flying toilets" (baggies filled with excrement) -- the newly painted blue walls glowing in brief ray of sunlight -- it was hard not to be hopeful.

For Isabel, Kibera was her salvation as well. After much time spent alone praying ("I've had to forgive God," she tells me), Isabel returned to her community-based work in the slum, which she had been doing prior to taking her position at the foundation. This time she chose to focus on empowering Kibera's young women by addressing the most significant reason poor girls in Africa drop out of school: lack of sanitary pads.

"Most girls can't afford pads," she explains. "If they can't find old rags, or reuse their friends', or in the worst case scenario, sleep with their teachers to get money to buy them, they will miss school. That means girls miss nearly one-quarter of classes because of their periods, and eventually drop out."

Inspired by Vancouver-based Lunapads, Isabel spoke with the girls and designed a reusable pad they would be comfortable with. These she combines into a package that includes soap, a bucket and even underwear ("Many girls in the slums don't even have panties"). Funders buy the packages for girls at a few dollars above cost. The extra money is used by Human Relations Trust to run the workshops on lifestyle choices, sexual health, and empowerment Isabel now delivers in schools throughout the region. 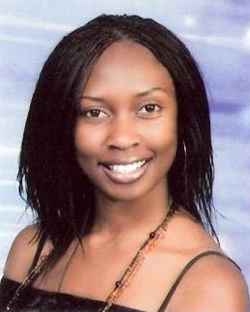 A pack of reusable pads costs less than $10 and lasts over a year, which also means the sight of dog packs chewing on pads discarded in the streets of Kibera may soon be a thing of the past. "Because they are reusable, Kenya and other countries in Africa will be cleaner," she says. "We estimate if we can get everyone using reusable pads, that's almost 100 shipping containers less garbage a year."

Isabel now has her sights set on extending the program throughout East Africa.

Listening to Isabel and speaking with the mothers at the Mary Rice Centre, I'm reminded of the words of Wangari Maathai, the Nobel Prize winner from Kenya: "Over the years, it has become clear to me that in advocating for the environment, and seeing the manifold ways that a degraded environment harms the life of the smallest community and the entire continent of Africa, the connection between who I am as an African and the abstractions of peace, democratic space, and development is deeper that words can say," she wrote in her compelling book, The Challenge for Africa.

"In seeking restoration for my continent," Maathai concludes, "I am quite literally restoring myself."

If you are interested in supporting Brenda Isabel's work, contact her through the Human Relations Trust. For more information on the Mary Rice Centre in Kibera, click here.