If you've been paying attention to this federal election, you've heard all about how much the health of the economy and the middle class matters to each party. But at least two parties are starting to pay attention to the lower income brackets, the roughly 10 per cent of Canadians who live in poverty, by proposing a national anti-poverty strategy. 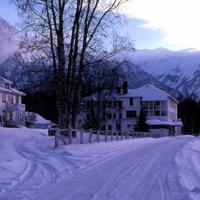 In Hazelton, a Hard Struggle for Families

Both the Liberal and New Democratic Party platforms promise to work with the provincial governments to provide poverty relief to Canadians in the form of a national affordable housing strategy, more affordable early childhood education, and increasing the Canada Pension Plan, to name a few promises.

It's not perfect, but it's a start for anti-poverty groups like Canada Without Poverty, who have been calling for a national strategy to combat poverty for years.

"All levels of government have very important roles to play and if governments don't approach this issue in a comprehensive way, there's a real risk of a fragmented approach and a piecemeal approach, which is essentially what we have seen over many years with various programs, various initiatives being brought in, but the bigger picture goes missing," says Rob Rainer, executive director of Canada Without Poverty.

This election isn't the first time the parties indicated poverty is on their radar. The House of Commons Committee on Human Resources, Skills and Social Development and the Status of Persons with Disabilities tabled a report last November recommending the government look into creating a national anti-poverty strategy, including raising the Child Tax Benefit and the Guaranteed Annual Income Supplement rates.

Rainer doesn't buy this approach, though, and says the Conservatives haven't been adequately monitoring their own success on poverty reduction.

"There's been virtually no substantive movement on poverty numbers or instance or depth of poverty in the past four or five years as a result of government's approach, so they're not even looking seriously at how they evaluate measures of success," he told The Tyee.

The Conservatives also rejected a Senate report on poverty last fall, which called on the government to invest in programs to keep kids in school and produce a green paper on creating a guaranteed annual income program for all Canadians -- an idea not included in the House of Commons report.

"Our group has also long been supportive of the concept of guaranteed income, and that concept's been around for some 40 or more years here in Canada. Its waxed and waned over the years in terms of support, but in terms of combating income poverty, providing more access to a baseline of income we think is definitely part of the solution," says Rainer.

Conservative Senator Hugh Segal is one of the report's authors and a huge advocate for a national anti-poverty strategy in Canada. Having grown up in poverty, Segal sees the equality of opportunity that a guaranteed income supplement would bring as an essentially Canadian value.

"I just think that any society holds together because all of us in various aspects of our life have some measure of hope," Segal told The Tyee.

HOW MANY CANADIANS ARE POOR?

There is no official definition of poverty in Canada, but one popular method of measurement used by many politicians and non-governmental organizations is Statistics Canada's Low-Income Cut-Off point. This measurement calculates how much an individual or family, depending on the number of dependents they have and the population of their community, would need to make in order to make ends meet.

The percentage of Canadians living under this unofficial poverty line hasn't dropped below 10 per cent since 1980: roughly 3.5 million Canadians today.

It's difficult to determine the true cost of poverty to Canadian taxpayers, taking into account the increased hospital stays from poverty-related maladies like diabetes and heart diseases, the loss for the workforce from kids who drop out and can't find employment as a result, or the cost of crime and jailing criminals whose poverty led them down that path.

In 2008 the Ontario Association of Food Banks recruited Don Drummond, former senior economist for the Toronto Dominion Bank, to calculate the cost of poverty in Ontario. Drummond estimated poverty cost Ontario $10-13 billion per year, and extrapolated the cost of Canada's poverty to be $24.4 to $30.5 billion per year. – K.H.

There is already a Guaranteed Annual Income program for Canada's seniors, and Segal says given the appropriate funding, the program has been successful in the past. He cites its first appearance in Ontario during the 1970s, when the poverty rates for senior women -- who often outlived their husbands and their money -- dropped from 33 per cent to just under 3 per cent in two years.

Then there's Dauphin, Manitoba, a small town that from 1974 through 1978 was the subject of a provincial-federal MINCOME project, where every resident's income was topped up to keep them above the poverty line. Research on the project was scrapped when governments changed, but University of Manitoba Prof. Evelyn Forget has received funding to study the outcomes of the project, which Segal says are promising.

"So things happened like: people stayed in school longer, and finished high school; the arrests went down; the amount of people who were in hospital went down; car accidents went down -- because the amount of financial angst that people face when they're on the line, and the pressure that causes, was also diminished," he says.

Neither the Liberal nor NDP platforms mention a guaranteed income supplement plan, though the NDP promises to re-introduce a federal minimum wage plan scrapped by the Liberal government in 1996.

Segal estimates the cost of a Guaranteed Income Supplement program would be $20 to $25 billion per year, or less than 10 per cent of the country's Gross Domestic Product. He estimates he's spoken on the issue of a national anti-poverty strategy 100 times in the last two years, including three times with Finance Minister Jim Flaherty, and a recent meeting with Liberal leader Michael Ignatieff.

"The fact that (the Conservative government) put $20 million in the budget for education right after (the Senate) report, I think was a huge step ahead because part of the real cost of poverty is kids leaving school early and having diminished job and life prospects as a result," says Segal, adding the Working Tax Benefit program, which lowers income tax rates for the poorest Canadians, has also been expanded twice under the Conservatives.

New Zealand among countries with plans

Rainer believes pulling everyone out of poverty will cost even less: $12 to $15 billion per year, which could be achieved by reinstating the two per cent the Conservatives cut from the GST in 2008.

But it isn't just about the money for Rainer. He says there's a moral, and even legal obligation for the next government of Canada to reduce the national poverty rates.

"I'm thinking of the Universal Declaration on Human Rights -- that articulates what we call a number of economic and social rights as being universal and states are under a moral obligation, and really, to some extent, a legal obligation although it's not enforced, to ensure that those rights are upheld," he says.

By implementing a national anti-poverty strategy, Canada would join the ranks of Sweden, the United Kingdom, New Zealand, and Ireland, which have implemented similar policies to some success. East Vancouver NDP MP Libby Davies believes we should learn from these countries, particularly Sweden.

"They do have a fair taxation system so they have the resources to provide accessible, affordable child care; they have the resources to provide affordable post-secondary education. And they're better off overall, they're way better off overall, and there are many, many academic studies that show that Canada is actually far, far behind on many of these questions, particularly things like housing and healthcare and First Nations," says Davies.

Davies points out the NDP have already introduced several poverty reduction bills, including a national housing bill, an anti-poverty bill, a child-care bill, and a post-secondary education bill.

"I do feel strongly that the NDP have been a very passionate advocate for anti-poverty measurements and what we've brought in Parliament," she told The Tyee.

"These are all bills that we all work on in our different critic areas, and when you kind of put it together, you can really see that it's sort of a major issue for us, saying that poverty is unacceptable in Canada."