[Editor's note: On Tuesday night, Vancouver city council voted 7 - 4 in favour of a bylaw to permit protest structures on city streets with some restrictions (for example, they must be taken down at night). Council amended the original proposed bylaw by increasing the permitted height of a structure and allowing them to be set up in residential areas. COPE councilors David Cadman was one of those who voted against the bylaw, saying it not will not stand the test in court and will result in the city putting "more money down the drain" fighting legal challenges.]

Vancouver city council votes today on a proposed bylaw amendment to regulate the use of "structures" for "political expression." 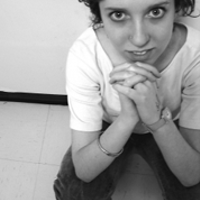 This is city staff's second attempt at changing the Street and Traffic bylaw in order to regulate public expression. The first was criticized by groups like the BC Civil Liberties Association and the Vancouver Public Space Network, along with citizen commenters, for being too sweeping (it proposed to regulate not just structures, but also "things" and "substances") and severe (obtaining a permit for such structure, things or substances for the purpose of protest or public expression would have cost upwards of $1,200 dollars).

Better, it seems from council's point of view, to have regulations and not need them, then to need them and not have them.

Is this risk-averse attitude simply the nature of municipal governance? Or is it inhibiting the kind of urban growth we need right now -- innovative, citizen-driven and organic?

According to Mark Lakeman of City Repair Project in Portland (that fun cousin-city you like to visit when you're in the mood for a guaranteed good time) the answer is the latter. His message on the concept placemaking, he agrees, could be summed up this way: local governments need to lighten up.

"There's this risk management attitude towards cultural development," Lakeman says. "It's just such an amazing paradox to me... the idea that somewhere there's this great liability that we should fear. Of course things could go wrong. But we also know that most of the time it doesn't."

Lakeman says that, as a result, participatory action is largely absent in North American cities.

"People are just not expressing themselves -- they're not engaged in the process of meeting their own needs," he says. "I see my role as being one of helping people to re-engage in a process of creating culture, largely through design or re-design, and reclaiming space to turn it into place."

Lakeman visited Vancouver last month as part of a speaking tour on his philosophy of placemaking and the work he is doing through City Repair. During one of his talks, at the Centre for Civic Governance's annual conference in Harrison, he told a story about trying to build a bike shelter in one of Portland's residential neighbourhoods, where no rules existed for the building of such a shelter. Rather than stonewall city repair volunteers, city staff worked with volunteers to just get it done.

Lakeman's anecdote, and message, resonated with many at the conference, including Philippe Lucas, a councilor with the city of Victoria.

"Overall, in the city of Victoria and in every other municipality... the first and primary concern when you're looking at new initiatives is looking at the level of liability that the municipality will undertake," agrees Lucas.

Liability -- whether legal, financial or public relations -- determines the level of responsibility that a city will take for any given proposal or project, he says.

"The problem with that kind of risk mentality is that it puts that risk really in legalistic terms and doesn't look at some of the social capital that is either promoted or inhibited by some of our policies," says Lucas.

Lucas uses the example of vegetable gardens that have started sprouting up along Victoria's boulevards in the past few years.

It's technically illegal to plant in these six-to-10 foot wide strips between the sidewalk and the roadway. With no complaints so far, council has decided to look the other way.

"What we found overwhelmingly, and it's certainly been my experience as a community member and an active urban gardener, is that most of the work has been very responsible," says Lucas. "Residents have the same interests as the city does in not damaging water mains or gas lines."

Lucas says the city is now looking at policies that would explicitly support projects to beautify the boulevards. Which, on one hand, would be better than a "don't ask, don't tell," policy, he says. On the other hand, the city's urge to regulate in the other direction could be detrimental.

"I'm also afraid that we will take a stance that focuses on our own liability rather than on the potential of our residents to organically create something," Lucas admits. "I think that, ultimately, that middle ground is going to be difficult to find."

Gordon Price, a former Vancouver councilor and current director of the city program at Simon Fraser University, says this middle ground is hard to find indeed. He points to the current "protest structure" controversy as a perfect example.

It all started in 2006, when Vancouver city council won a court injunction to have a hut, which Falung Gong protesters had erected beside the sidewalk outside the Chinese consulate, removed, arguing it fell within a city bylaw that prohibits structures to be built on city streets.

The hut wasn't dismantled until 2009, but a year later, in Oct. 2010, the BC Court of Appeals ruled the city's order was unconstitutional.

"Council tried to find what they thought was middle ground, only to find that it turned into a little shit storm," said Price, who agreed that political liability around these issues of use of public space is often a greater concern than legal liability.

"If you want to frame it as, wouldn't it be nice to allow people to care more about their communities, to be engaged -- gosh, that sounds warm and fuzzy," he says. "Until you get the neighbourhood association, or aggrieved resident involved who wants the city to simply enforce its bylaws or regulate what is considered an affront to its sensibilities.

"Certainly the media would frame it as the irresponsible city having to go back and regulate what it deregulated."

Regardless, "there's more and more of a desire to shape the public space to include more community space as density goes up, simply because we have to share it," Price said. "Look at bike lanes, look at the boulevard planting... the culture begins to evolve in such a way that is has to find some way of determining what's generally acceptable. I have no doubt that trend is going to continue."