On July 21, 28 workers from a forestry camp near Golden were rescued from brutal working conditions. 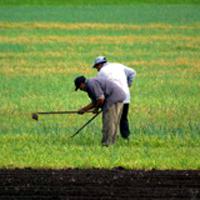 What Do We Owe Our Guest Workers?

Now the B.C. Federation of Labour is calling for an investigation into how the camp's conditions managed to escape detection. Surrey-based Khaira Enterprises operated the camp under a government contract with a safety certificate through B.C. Timber Sales.

"It's clear that these people were not protected, it's clear that enforcement failed," Federation of Labour president Jim Sinclair said. "Now we have to find the answer of how to fix that so that no other worker has to go through this experience."

Since the camp seems to have operated entirely under the radar, Sinclair said, there's no way to be certain how long these conditions had existed in Khaira Enterprises' camps, nor if there are others out there with similar conditions.

"It was sanctioned by the government because there was no enforcement to change it, and it went on for years," Sinclair said after the press conference. "Now we have a chance to change it and shame on us if we don't. Shame on this government and shame on British Columbia if we don't now find out how this happened and stop it from happening again."

The camp, located on Bluewater Creek about 40 kilometres from Golden, had no drinking water or toilet facilities. The workers slept in a pair of shipping containers and cleared brush seven days a week for ten to 14 hours, plus hours of travel time, with minimal breaks.

'We felt as though we were held hostage'

"We were very lucky to run into creeks in some of our blocks," said one worker, 24-year-old Christine Barker, a single mother. "It was a relief for us because we were not allowed to leave the block, the workplace. . . We'd literally sip from the creek so we'd have at least water."

Workers were given breakfasts of peanut butter and jam and dinners of unrefrigerated chicken and rice, with no meals in between. Much of the food they did receive was spoiled, said another worker, Jean-Claude Nabulizi of Winnipeg.

"The food itself was not sufficient," Nabulizi said. "But when we complained that we were not satisfied, the boss said 'there's nothing else I can do, let's call it a day, we're gonna see about tomorrow.' You can't complain that much because if they kick you out of the camp you're on your own. You've got nowhere to go."

Khaira Enterprises charged them a daily $25 camp fee. Barker said the camp's boss and supervisors lived separately and had their own cook.

"I've never heard of anything like it. To be honest with you, I've never heard these kind of outright gross working conditions anywhere. And in a camp funded by the government," Sinclair said. 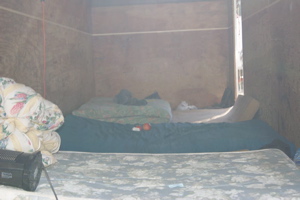 The workers, most of whom are citizens or permanent residents from Burundi or the Republic of Congo, say they were mostly or in some cases entirely unpaid. When they were issued partial paycheques on July 17, they were refused transportation from the site to cash them. And when they stopped working to protest their treatment, they were denied food.

"We felt as though we were being held as hostages," said Barker.

Another worker contacted the RCMP, said Barker, but the officer he spoke to misheard him when he gave their location. The camp's on-site manager simply didn't answer his phone when the police called him, she said.

Barker walked into town to call for help, but it was a group of recreational fishers who ultimately drew the authorities to the camp. The fishers contacted the Ministry of Forests on July 21 when they saw that the camp was burning garbage, and the workers were moved out shortly thereafter.

The rescued workers were fed by a church in Golden and lodged in a local motel before traveling home on bus tickets provided by the province. Without that help, Barker said, many of them wouldn't have had the money to get home.

The ministry has taken away Khaira Enterprises' license for a year, but the Federation of Labour is demanding that the company be permanently banned from operating in British Columbia. Sinclair said that they are also asking for full back-pay for the workers, amounting to tens of thousands of dollars overall. He said that if Khaira Enterprises can't pay, the province should step up.

"They were working for British Columbians, in their forests, under a government contract," Sinclair said.

At present, most of the workers are broke. Barker said she has about $40 to her name and is looking into social assistance to help her family.

Though the Tyee attempted them to contact them, Khaira Enterprises had not returned a request for comment by press time.