[Editor's note: The Tyee was pleased to be invited to speak to the Standing Committee on Canadian Heritage, which is currently examining the media and local communities in the context of the collapse of traditional news outlets and the increasing concentration of ownership. Here is a slightly expanded version of the statement editor Robyn Smith made to the committee this morning.]

You are studying the state of Canada’s media industry today, the impacts of new media, and what the future might be. I hope that telling you about my experience at The Tyee sheds some light on that.

I feel very fortunate to work in journalism. I graduated school in 2011, when the legacy media outlets in this country were already convulsing with the impacts of the digital revolution. My peers and I were wary, but since many of the reporters we looked up to still worked at the big papers, we were hopeful a Plan B would emerge.

But it just got worse and worse. Advertising revenues kept dwindling, setting off waves of layoffs at the big chains like Postmedia and Torstar. Traditional beats — the expertise at the heart of journalism — dried up as thinned newsrooms tried to keep up with the 24-hour digital news cycle with fewer people. Facebook and Google relentlessly decimated ad revenue as a support for news production. Corporate newsrooms responded by blurring the line between real reporting and advertorial. Meanwhile, the CBC was cutting back drastically at the whims of its budget’s political masters.

We watched as talented reporters we admired took early buyouts or fled the industry. A lot of them joined the ranks of public relations spinners, who now vastly outnumber news reporters in British Columbia.

A few of my friends did find good jobs, some in non-traditional newsrooms that were experimenting with new models. But many gave up. They couldn’t make a living from the scant available work, mostly insecure or part-time. Or they couldn’t stomach the industry trends towards chasing clicks, re-packaging stories, or writing bland sponsored content designed to serve advertisers. Twenty years ago, I am told, a freelancer was generally paid three to five times more a word than today. What other industry’s pay scale is going so dramatically in reverse?

I say all this because I want to be clear that it isn’t just critical public interest journalism that has been lost as our legacy media outlets have struggled and shrank.

Canada is producing lots of smart people who want to do this work, to throw all their brainpower and passion into informing our vital democratic conversation. But there are fewer places for them to hone their craft, and fewer mentors with the time to teach them.

The result is that we are failing to nurture the next generation of journalists, the kind of steely-eyed muckrakers and solutions reporters that help manifest real and necessary change in the world. And that is a huge loss.

(I should acknowledge here all the writers who never even had a shot at the industry, because they couldn’t afford the well-connected schools and the access to newsrooms they provide.)

So I was lucky to land at The Tyee, which over 13 years has built a healthy regional and, increasingly, national following based on readers’ appetite for what concentrated, corporate media were missing, ignoring, or increasingly unable to do.

But despite pride in all we’ve done, we worry immensely about our industry. We don’t want public-interest journalists, regardless of who their employer is, to be out of work.

And no one in Canada has yet figured out a digital-only online business model that easily supports a large number of full-time paid professional reporters. None of the local digital outlets have the size and scale that legacy media outlets once had.

We worry there’s a dangerous chasm that’s opened up as legacy media fails, and digital media isn’t catching up fast enough to bridge the gap and cover what’s lost.

I personally don’t think bailing out Big Media is the answer. I’d prefer a future where Canada’s monolithic media companies are broken up and the news and information outlets bought by smaller regional entities that care about their communities, and have strong relationships with local institutions that support them.

But barring that, I do think there’s a lot that a government with some imagination and appetite for change can do to revive our industry.

Imagine there was a recognized, valued and well-supported sector for digital media outlets like ours in Canada. Imagine a flourishing of Tyees of all different stripes and missions, with different business models behind them: a mix of charity, for-profit, co-op, and hybrid structures.

It starts with some investments, and it needn’t cost a lot. It doesn’t even need to come directly from government, but government can help make it happen.

At the time, there weren’t many models like ours, he said. And so he and our founding investors thought: all Canada needs is a template. All we need is $190,000. If it bears fruit in the first year, we’ll put in some more. If not, we’ll pull out. And that’s how The Tyee was off and running.

Today, $190,000 is less than one-fifth the cost of a tear-down house in my city, Vancouver. It’s also, from what I’ve read, a little less than what it cost to move two of our prime minister’s aides from Toronto to Ottawa.

That $190,000 helped get things going. It turned into repeated investments of similar amounts, as The Tyee broke stories, drew an ever-larger audience, and obviously mattered. That $190,000 kick-started the development of several other pillars of earned revenue that now support our operations, including advertising, event sponsorships and partnerships, income from our Tyee Master Classes, and increasingly, voluntary support directly from our readers.

Patient investor commitments and diversified revenue streams are what has sustained The Tyee and built it into a respected, award-winning platform for public interest journalism. 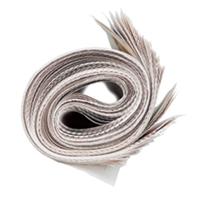 That is the vision I am holding out here today. Canada needs some combination of policy innovation and wilful prioritization to make the $190,000 that launched The Tyee gravitate, over and over again, towards independent journalism experiments across Canada.

There is a role for government in this. Not in directly funding content. Frankly — and I’m not trying to be disrespectful — The Tyee would not seek such funding from the government, because we are in the business of reporting on your activities. However there is much to be done in building out the now proven, but still needlessly starved, potential of the independent media sector as a complement to corporate media and the CBC.

Let me return to the quick mention I made of changing philanthropic laws. The Tyee has benefited over the years from contributions from forward-thinking philanthropic institutions, through a relationship with our sister non-profit. Tyee Solutions Society. That demonstrates that great things are possible. But we’ve also learned how federal policy makes the collaboration of philanthropies and public interest journalists needlessly difficult.

When Tyee Solutions Society accesses philanthropic investment, we do solutions-oriented journalism. Solutions journalism uses investigative reporting techniques as its bedrock, but it is not about muck-racking or dinging politicians. It’s focused on how to fix seemingly intractable problems.

Tyee Solutions was among the first in North America to pursue solutions journalism. Now, there’s a big version of what we do in New York, and an increasing number of similar outlets popping up all over the world. And we’ve done it despite Canada’s incredibly restrictive philanthropic rules.*

And it’s the kind of journalism my generation is interested in.

We’re asking you to consider a start-up fund for new media outlets like ours.

And we’re asking you to make it easier for philanthropies — individual and institutional — to support our solutions journalism.

I’m so glad that there was a place like The Tyee when I started my career. I’m asking you to wrap your heads around helping to create and support other homes for people like me.

*Story correction Sept. 28: The Solutions Journalism Network referenced in this paragraph is based in New York, not Washington as previously stated.