The Conservative government's budget last week included benefits for some families, assistance for seniors, and future tax reductions for small businesses. While those measures were widely anticipated, more surprising was the multimillion-dollar gift to foreign record companies, who were overjoyed at the decision to extend the term of copyright and keep some sound recordings out of the public domain for decades. 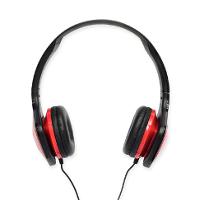 What the Recording Industry Isn't Saying About Streaming Royalties

The government unexpectedly announced that it was extending the term of copyright for sound recordings and performances from the current 50 years of protection to 70 years. While the industry emphasized the expiry of copyright for creators, the reality is that copyright in songs lasts for the life of the songwriter plus an additional 50 years. What is therefore at stake with the government's proposed copyright term extension is not copyright in the song, but rather in the sound recording. Recording companies, not the artists, often hold those rights.

The European Union debated copyright term extension for these rights several years ago and studies on the issue found that the vast majority of revenues went to the record labels, rather than the artists. For example, one study estimated that the costs to the public would exceed one billion euros with 72 per cent of the benefits going to record labels.

The European Union ultimately passed an extension from 50 to 70 years in 2011, but not without significant opposition from member states. Eight countries -- Belgium, Czech Republic, Luxembourg, Netherlands, Romania, Slovakia, Slovenia and Sweden -- all voted against, while Austria and Estonia abstained. Sweden argued that the extension was "neither fair nor balanced," while Belgium feared that it would mainly benefit record producers and negatively affect access to cultural materials in libraries and archives.

Out of tune with pro-consumer efforts

While the European experience on term extension for sound recordings and performances is instructive, there have been Canadian studies that have reached similar conclusions. Industry Canada commissioned University of Montreal economist Abraham Hollander to examine the issue in 2005 and his study concluded that the economic value of a term extension to the recording industry was very small.

Not only is the economic benefit tiny, but the issue was scarcely on the public radar screen. It was rarely raised during the 2012 copyright reform process. Moreover, last year the Standing Committee on Canadian Heritage conducted a major review of the music industry in Canada with dozens of witnesses taking the time to appear or submit briefs. The final report and the government's response never identified the term of protection for sound recordings and performances as a concern.

The decision is particularly puzzling given the government's efforts to paint itself as pro-consumer and anti-piracy. In recent months, the Canadian market had begun to see new cheaper music choices of popular artists such as the Beatles offered through retail giants like Walmart. Those records were offered for a fraction of the price of major labels, yet the copyright holders were still compensated for the work.

Extending the term of copyright will remove those choices from the market at the very time that Industry Minister James Moore and Canadian Heritage Minister Shelly Glover have emphasized the need to find ways to encourage consumers to pay for music. Further, it will raise prices and harm small innovative Canadian companies in order to ensure that large foreign record labels maintain their profits.

The government has characterized the reforms as good for the Canadian economy, yet the opposite would appear to be true. Music industry lobbyists met repeatedly with Canadian Heritage officials in the months leading up to the budget and appear to have walked away with copyright reforms that will result in copyright holders in the songs earning less revenue, the Canadian public domain being harmed, and new Canadian business models based on the public domain being extinguished.