Canadian newspapers are leading the world in charging for online news, moving to digital subscriptions much faster than papers in the United States or Europe. 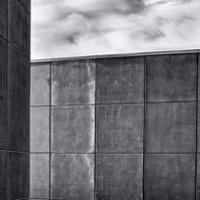 By the end of this year, English readers in most major Canadian cities will have to pay to read their local papers online. The lone exception is Winnipeg, where readers can still scan the Free Press without charge -- but only if they are in Canada. Winnipeg Free Press readers outside the country must pay.

An informal J-Source survey of 95 dailies found that about 80 per cent of the newspapers in Canada charge readers for online content, or plan to do so very soon. That's twice the rate of paywalls in the United States.

"Canada is now moving ahead of most national newspaper industries with regards to paid content, in part because of the structure and ownership of the industry," said Robert Picard, a leading media economist who runs the Reuters Institute for the Study of Journalism at Oxford University.

"About 40 per cent of U.S. papers are now charging for some digital content and about half of the U.K. papers are doing so," he added. "Papers in other countries are increasingly charging, but the numbers are lower at this point."

The Tyee hasn't erected "paywalls." Instead, readers are invited to become "Builders" by contributing voluntary payments monthly, receiving in return gifts and special access to events. The Tyee's Builder program, launched last year, brings in nearly $90,000 a year in voluntary subscriptions, which are guaranteed to fund journalism and not overhead.

"Real journalism does cost money to produce," said Tyee founding editor David Beers. "The news media trend towards building paywalls to offset the decline of print advertising dollars flows from that basic fact." But The Tyee is taking a different approach. "We don't want to erect any barriers to the information we produce," explained Beers. "So we are counting on the generosity of our most loyal readers to help us expand our resources for reporting."

To find out more about the Tyee's Builder Program click here.

Most Canadian newspapers spent more than a decade trying to drive traffic to their websites in the hope that large audiences would generate lucrative advertising contracts. When it became clear that digital advertising would not sustain a news operation, publishers began focusing on income from readers instead.

Canada's shift to online subscriptions has been swift. Northern News Service has charged readers for online access to its weekly newspapers for many years, but the national trend began in late 2011 when Brunswick News put all 19 of its newspapers behind a paywall. The Globe and Mail started charging for online content a year later. Postmedia, Quebecor's Sun Media and Black Press quickly followed. The Toronto Star put up a paywall this week. Pierre Karl P&eacuteladeau, then-president of Quebecor, affirmed in May that Sun Media would start charging at all its dailies, but so far only seven of the company's 34 newspapers have set up digital subscriptions. A Sun Media spokesperson did not respond to queries about the timing of the remaining paywalls.

The Gesca Group, which owns seven newspapers in Quebec including La Presse, has moved in a dramatically different direction. It offers a digital subscription for traditional computers, but has a sophisticated iPad app that is free.

Transcontinental's TC Media is the only major chain to move slowly. Only two of its titles -- the Truro Daily News and the Charlottetown Guardian -- are behind a paywall. Company spokesperson Katherine Chartrand said TC Media hasn't decided whether to erect paywalls at its eight other titles.

What about smaller publishers?

Independent newspapers and small chains are moving more cautiously into the digital subscription business. A paywall is "very imminent" at the privately owned Halifax Chronicle Herald, according to vice-president Ian Scott, but there are still no plans to charge at the Winnipeg Free Press. The Chronicle Journal in Thunder Bay, Ont., also lacks a paywall.

"Sometimes you wonder why you are standing out in a crowd," said Winnipeg Free Press publisher Bob Cox when asked about his paper's lack of paywall. "But one of the luxuries we have is that we don't have to follow any corporate digital initiative.... (Controlling shareholder) Ron Stern believes we should preserve print as long as possible."

Cox said his team continues to discuss erecting a paywall for domestic readers but isn't convinced the restricted site could compete with a strong local CBC website.

Picard said two factors are responsible for Canada's leadership on paywalls: the commercial nature of Canadian journalism, and the high concentration of media ownership.

"It is the more commercialized attitudes of publishers in the Anglo countries that is driving the shift," Picard said of the paywall phenomenon in both Canada and the U.K. "Canada has fewer proprietors to convince to make the change than the U.S., so it has the ability to move more rapidly."

John Hinds heads Newspapers Canada, an organization that promotes the industry. He said policies and payment systems for online subscriptions are changing daily in Canada. "There are as many revenue models as there are newspapers," he said. "Everyone is trying to make it work."

There are three models in Canada: the hard-paywall model, the metered-paywall model and the premium-content model. Brunswick News is one of the few companies to adopt a hard paywall. Readers in New Brunswick cannot open a single story without buying a subscription. Metered paywalls allow members of the public to read a set number of stories per month, and then demand a subscription for further access. Meters in Canada range from a low of five free stories per month to 20 stories per month. The premium model typically allows readers to open news stories, but restricts columns and in-depth features to subscribers. Monthly rates for both premium and metered models range from a low of $3 to almost $20.

Much of the momentum of the paywall model was generated by the New York Times, which launched its paywall in 2011. It was the second time the Times tried online subscriptions. It scrapped the premium model in 2007 and launched a metered model four years later. The paywall has dramatically altered the business model of the iconic news organization. A decade ago, advertising generated more than 80 per cent of the revenue at the company; today it generates less than 50 per cent.

It is too early to judge the impact of paywalls on newspaper readers or newspaper revenues in Canada. Globe and Mail editor John Stackhouse told a newspaper conference this summer that online readership dropped 40 per cent when the subscription system was put in place, but is returning steadily.

Jamie Irving, who heads Brunswick News, has refused to discuss his company's two-year-long experiment with paywalls. Rob Warner was editor-in-chief of the news organization when the paywall was launched. He told J-source that Brunswick News attracted 14,000 new online subscribers within 10 months. Warner said that the goal of the subscription system was not just to raise circulation revenues, but to offer advertisers the ability to target specific types of readers. "The goal was to effectively change the business model of traditional newspapers," he said.