Days after the Conservative government introduced its copyright reform bill in June 2010, Canadian Heritage Minister James Moore spoke out in support of the legislative package by notoriously labeling critics as "radical extremists" who should be confronted until "they are defeated." This week, the copyright bill hits the home stretch as the Bill C-11 legislative committee conducts its final "clause-by-clause" review. 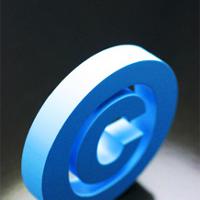 The bill has been a subject of debate for nearly 20 months and over the course of that period, there has been a surprising role reversal. Moore's vision of strong support from copyright lobby groups has been replaced by demands to overhaul the legislation with a broad array of extreme measures, while the supposed critics -- library groups, educators, consumer associations, and individual Canadians -- have endorsed much of the legislation with only requests for modest changes to the controversial digital lock provisions.

This certainly wasn't the scenario Moore and the government envisioned when then Bill C-32 (which later became Bill C-11) was tabled. Groups representing the music, movie, and software industries quickly thanked the government for moving on the copyright file and pledged to support the bill.

Yet over the past two weeks, those same groups have steadily marched to Parliament Hill to demand significant reforms. The Canadian Independent Music Association is seeking changes that would create new liability risks for social networking sites, search engines, blogging platforms, video sites, and many other websites featuring third party contributions. It is also calling for a new iPod tax, an extension in the term of copyright, a removal of protections for user generated content, parody, and satire, as well as an unlimited statutory damage awards and a content takedown system with no court oversight.

Quebec music groups have asked the government to add a requirement for Internet providers to disclose customer name and address information to copyright owners without court oversight, a change that even Conservative MPs noted look a lot like the widely criticized lawful access legislation.

The Canadian Music Publishers Association added to the demand list by calling for website blocking provisions, arguing that Internet providers take an active role in shaping the Internet traffic on their systems and therefore should face "a positive obligation for service providers to prevent the use of their services to infringe copyright by offshore sites." Meanwhile, writers and publisher groups asked the committee to overturn the Supreme Court of Canada and its test to determine whether the use of work qualifies as fair dealing.

The demands for dramatic change to Bill C-11 can be contrasted with the Canadian Library Association, which put forward only two suggested changes. The first focused on ensuring that a provision on facilitating access for the visually impaired be consistent with an international treaty currently being developed at the World Intellectual Property Organization.

The second would ensure that rights holders enjoy legal protection for digital locks but that such protection is linked to actual copyright infringement. That approach -- which is widely endorsed by consumer groups and many businesses -- is consistent with international law and the practices of some of our trading partners.

As the committee starts its final debate on the bill, the question now is which lobbying technique will sway the government: will it be the extreme approach of inundating the committee with a long list of demands in the hope that some stick, or the narrow strategy adopted by librarians and consumer groups? The future of Canadian copyright law lies in the answer.