Consumers have become accustomed to lots of choice for entertainment and information services. Music and movie services offer single downloads and a range of subscription models, while newspapers and magazines sell their content as individual issues or subscriptions on multiple platforms. 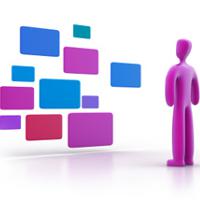 Yet Canadian cable and satellite providers remain a stubborn holdout. The broadcast community has long resisted a market-oriented approach that would allow consumers to exercise real choice in their cable and satellite packages, instead demanding a corporate welfare regulatory framework that guarantees big profits and mediocre programming. That could have changed had the Canadian Radio-television and Telecommunications Commission pushed back against Bell Media in a major case involving the terms of broadcast distribution, but a ruling late last week indicated that it remains reluctant to do so.

The independent providers want to be able to offer consumers the option to customize their own programming packages. While the prospect of a full pick-and-pay model for individual channels seems unlikely, tiered packages that would allow consumers to create their own package of 15 or 30 channels might be on the table. This model, which is available in Quebec and was used by Rogers in a trial earlier this year in London, Ontario, gives consumers the possibility of some cost savings along with far more flexibility in customizing a television package that meets their interests.

Bell and Shaw strongly oppose the consumer choice model (Rogers is more open to the possibility). Kevin Crull, president of Bell Media, recently told Cartt.ca, an industry trade publication, that consumer choice is wielded with a television remote as consumer choose what to watch from among the myriad of channels they have effectively been forced to subscribe to as part of most cable and satellite packages.

When asked about the possibility of extending the pick-a-pack model outside of Quebec, Bell said at a recent CRTC hearing that it is "dreadfully fearful of a penetration decline that would wipe out revenues that are necessary to support the obligations of these services." In case that wasn't sufficiently clear, it added that "choice and flexibility shouldn't come at the expense of the regulated system for 30 or so services which are at the very heart of the specialty system." In other words, Bell does not believe consumers should have choice and flexibility if it results in lost revenues for its specialty channels.

With a vertically integrated marketplace now entrenched in Canada, Bell is well positioned to grant itself significant advantages. The twin goals of wide distribution of its specialty channels and the growth of its broadcast distribution services could result in lessening competition by offering packages that independent distributors can't match, charging uneconomic rates for the distribution of individual channels, or forcing the independent providers to package unpopular Bell-owned specialty channels with high-demand channels.

It falls to the CRTC to ensure that there is real consumer choice by recognizing that choice does not come from clicking on a remote control. The current system rewards market power over innovative services or programs by guaranteeing broadcasters commercial success based on the inclusion within a popular package, rather than based on consumer interest. The time to prioritize competition and choice over broadcaster self-interest is long overdue.