With all due respect to Rick Astley, Rebecca Black, and the cheezburger-loving felines of LOLcats, The Tyee has decided to launch our own investigation of what makes an online video go viral, and it's happening tonight. That's right, Rebecca -- the day before Friday. 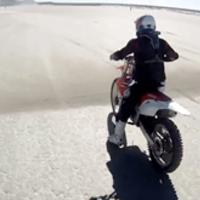 Tonight, Thursday, Dec. 1, The Tyee will host "Reeled In: Sharing Stories with Viral Video" at W2 Media Café in Vancouver, and we're hoping you'll join us.

In the tradition of many good memes, we've made sure "Reeled In" has something for everyone. No, Star Wars Kid won't be there and neither will the Old Spice Guy, but we've got plenty of other reasons for you to attend.

What does it mean?

First of all, tonight's agenda includes the announcement and screening of the winning entries to our REEL BC Video Contest. We'll present the first place winner (decided by votes from Tyee readers) with an Apple iPad, donated by Simply.ca, and award prizes to second place, third place, and the "Tyee's Choice" winner.

In addition to being a chance to see fantastic, locally made videos by up-and-coming filmmakers, "Reeled In" is also an opportunity to take part in a conversation with filmmaking experts. Want to know what makes a video go viral? Or how to effectively engage your viewers? Or perhaps you're curious about what online video sites like YouTube and Vimeo are doing to the Hollywood movie industry? We've recruited a group of some of the most creative, innovative video makers around to help answer these questions.

If not Old Spice Guy, then who?

Chuck Norris. No, just kidding -- Chuck's got nothing on our panel.

Tonight we'll hear from five viral video and filmmaking experts that come from all different backgrounds. Here's a little bit about each of them:

Kai Nagata was, until last summer, bureau chief for CTV News in Quebec City. As many of you know already, Kai quit his job and wrote a scathing blog post that went ultra-viral. His lament of the state of Canadian media, which some have called Nagata's "manifesto," was republished by The Tyee, Rabble.ca, Huffington Post Canada, and the Toronto Star, amongst others. It was tweeted about by Margaret Atwood, and earned him interviews on major radio stations and with news outlets across the country. Today, Kai is the Tyee's writer in residence and is working on a number of independent projects, one of which he'll share tonight.

Peter D. Marshall is a filmmaker from Vancouver, B.C., and teaches at Vancouver Film School. He has over 38 years of experience in the film and television industry, having worked as a director, producer, first assistant director, and TV series creative consultant. He has been involved in feature films including "Dawn of the Dead," "The Butterfly Effect," "Happy Gilmore," and has worked with actors such as Morgan Freeman, John Travolta, Michelle Pfiefer, and Ashton Kutcher. In addition to all this, Peter also manages his website, ActionCutPrint.com and his blog, FilmDirectingTips.com, and he publishes a free monthly e-zine that is read by nearly 6,000 filmmakers from around the world.

Tara Mahoney is the creative director and co-founder of GenWhy Media, a group that uses participatory media, public art, community workshops, and celebratory events to engage young people in new forms of civic participation. Tara is also an experienced documentary filmmaker and has a masters degree from Ryerson in Media Production. She's worked with Greenpeace, the Sierra Club, and currently does community outreach for Vancouver's non-profit Pull Focus Film School.

And speaking of Internet memes: with over 28 million views to date on YouTube, "Spiders on Drugs" is undisputedly a viral success, and the creator of that film, Andrew Struthers, will be at W2 with us tonight. Andrew originally hails from Glasgow, Scotland, though he now resides on Vancouver Island. A writer and filmmaker, he released "Spiders on Drugs" in 2007, and since then has undertaken a number of innovative video projects such as his feature-length film, "Americanface," which he released in 64 short episodes. Andrew has shot and produced short films, sold feature film screenplays, and is also a published author and playwright. Oh, and he's written for The Tyee a few times, too.

Sean Devlin is an experienced activist, award-wining filmmaker, and the creative director and founder of TruthFool Communications. He was one of the creators of ShitHarperDid.com, a site that went beyond viral leading up to the last federal election. As Tyee editor David Beers described in April, "What keeps propelling people to those pages are regularly released viral videos." Yes, with nearly a decade of experience in creating videos meant to engage and mobilize viewers, Sean has a good idea about how this viral thing works.

Moderating "Reeled In" is Steve Burgess, a writer and film reviewer based out of a variety of coffee shops around Vancouver. He writes regular columns for The Tyee and BC Business magazine, has been published in dozens of magazines and newspapers across Canada, and has won numerous awards for his writing. He has also hosted radio shows for CBC and has appeared on ESPN, CTV, Global, and made a particularly memorable appearance on a Catholic TV channel in the Phillipines called TV Maria.

By the end of the evening, you'll have watched B.C.-made videos, seen someone win an iPad, and had the chance to learn from and ask questions of the experts on the panel. Oh, and included in the ticket price (which is just $12) is lots of delicious food (the maple kind?). As we said: something for everyone.

So please, join The Tyee and this wonderful group of panelists at W2 Media Café tonight. You can get your tickets here. We hope to see you soon.

Plus a new Tyee Video section

All this and when you wake up tomorrow, there will be a new Tyee video section that we'll be inviting you to populate with your favourite videos. So, keep your eyes peeled and browsing the web for "news, views, and solutions" videos that relate to your province -- British Columbia. When you find one, send us the details here.

Okay, Keyboard Cat. Play us off.