The enforcement of Canada's net neutrality rules, which govern how Internet providers manage their networks, was in the spotlight earlier this year when documents obtained under the Access to Information Act revealed virtually all major Canadian ISPs have been the target of complaints, but there have been few, if any, consequences arising from the complaints process. 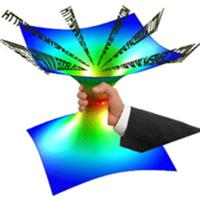 Net Neutrality: A Failure to Enforce

The documents painted a discouraging picture, with multiple complaints against Rogers Communications due to the throttling of online games going seemingly nowhere, while a complaint against satellite Internet provider Xplorenet languished for months until the Commission threatened to launch a public proceeding.

In the aftermath of document disclosures, there has been slow but steady change. In September, the Canadian Radio-television and Telecommunications Commission, the agency that established and enforces the net neutrality rules (known as Internet traffic management guidelines) issued a new advisory on responding to complaints and enforcing the rules.

The best aspect of the advisory was a commitment to publish quarterly reports featuring a summary of the number and types of complaints it has received, including the number of active and resolved complaints. Moreover, any findings of non-compliance will be published on the Commission's website and will include the Internet provider's name and the nature of the complaint.

While the move toward greater transparency is welcome and an important step in pressuring Internet providers to comply with the guidelines, the changes will only really matter if the CRTC steps up its enforcement activity.

On the enforcement front, it appears the Commission is prepared to adopt a more muscular approach. Rogers will be the first Internet provider to face enforcement actions, the result of painstakingly detailed complaint over the throttling of online games (thereby rendering some unusable) by the Canadian Gamers Organization.

The dispute over Rogers' practices have dragged on for months even as one international report found that the cable giant is the world's most aggressive user of throttling technologies. The Commission dismissed several early complaints after Rogers provided assurances that it had fixed any concerns. Yet the CGO continued to investigate the effect of Rogers throttling practices, using the results to contest Rogers' claims and file additional complaints.

Late last month, the CRTC advised both parties that it was sending the matter to its enforcement branch for further action. The move sends a clear signal that the Commission is no longer content to allow Internet providers to adopt a whack-a-mole approach that involves temporary fixes that fail that to address the more fundamental problem that their traffic management technologies are seemingly unable to comply with Commission requirements.

If the Commission is serious about enforcement, the Rogers case will only be the beginning. Bell recently advised its wholesale Internet provider customers that it was dropping its throttling practices, citing reduced network congestion from peer-to-peer file sharing.

Given the decline in congestion, a CRTC complaint might ask whether the current throttling policy "results in discrimination or preference as little as reasonably possible" and ask for explanation why its data cap policies "would not reasonably address the need and effectively achieve the same purpose as the ITMP." Moreover, Bell is hardly the only Canadian ISP that has justified its traffic management practices on network congestion from peer-to-peer traffic, raising the possibility of further enforcement actions.

The CRTC still requires tougher penalty power -- it does not have the power to levy financial penalties for net neutrality violations -- but the outcome of the Rogers case will send a strong signal on whether the Commission is now serious about enforcing net neutrality rules in Canada.