"Lesson one, to stop the bedlam: if you think you're infected, you must seek attention; if you have to, stay at home so you don't spread none; use tissues when you sneeze cause you could spread some. . . " 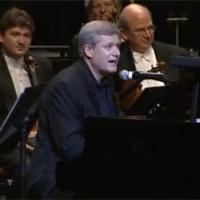 'High with a Little Help from My Friends'

A verse from the new Slim Thug? No -- those rhymes are from Dr. John Clarke's "H1N1 Rap" -- and, like the subject of its inspiration, his song is set to go viral (ha?)

The winning entry of the U.S. Department of Health & Human Services' 2009 flu prevention PSA contest, H1N1 rap has made the rounds of the news circuit, including ABC, Reuters, The Village Voice and The Examiner. But Clarke's online foray into a health-conscious musical genre he calls "health hop" is just one example in a long series of efforts to use music to teach illness prevention and hygiene to a media savvy public.

In the '70s and '80s, the popular children's TV show Sesame Street was one of the first to use music videos and animations like the classic 'Sneezing Song' to teach children about sneeze-etiquette. Taking a page from Sesame Street's playbook, non-profit organizations, governments and celebrities around the world now regularly use music videos for educational health campaigns. Most prevalent on YouTube are music videos on HIV-AIDS prevention in languages from Kazakh to Swahili, but increasingly common are online spots on preventing pandemics from SARS to avian flu.

And hip hop is often the musical genre of choice in these videos. At the height of the SARS scare in 2003, the star of Singaporean sitcom Phua Chu Kang produced "Sar-vivor Rap" -- a humourous four-minute-long English-language video to teach locals how to prevent the spread of SARS in their country. Like the H1N1 rap, the lyrics in are both catchy and nerdy, aiming to deliver smart rhymes while also convincing audiences on how cool it is to keep clean.

Interestingly, factual accuracy has sometimes been lost in well-meaning efforts to make hygiene hip. Earlier this year, Egyptian singer Sha'ban Abd Al-Rahim (a.k.a. Sha'bula), who according to one blogger "dresses like the Egyptian version of Elton John, with a bowl cut to match," composed a swine flu song advocating the killing of pigs. Despite the song's debut mere weeks after Egyptians rioted in protest of the government's slaughter of 400,000 pigs, his tune, "The Swine Flu" became a chart-topping hit. All of this despite international health officials' repeated pronouncements that the virus is not transmitted by pigs, and that mass slaughters would do nothing to stop the virus's spread. Ouch.

Though it is unlikely to become a chart topper in North America, H1N1 rap at least succeeds in getting the facts right -- and the delivery of the good doctor is downright infectious. Here's hoping the message catches on.