In the perpetual election campaign that is federal minority politics, Prime Minister Stephen Harper had a pretty good weekend. 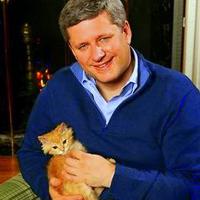 Politicians and the Mirage of Popularity

At Saturday's National Arts Centre gala, he joined Yo-Yo Ma on stage to sing The Beatles' "With A Little Help from My Friends," accompanying himself on the piano. Harper's moment of glory went viral thanks to conservative blogger Stephen Taylor, though a different clip was posted first by Joel Quarrington, a double bass player standing off stage.

Around 200,000 people have watched different versions of the clip so far, not that many by viral video standards, but seemingly every political reporter in the country has jumped on the story. The Toronto Star took the time to point out that Harper was participating in one of the high society galas he disparaged last September. The Globe, for its part, published a retrospective of political musical acts.

It's true that Harper's musical move is far from original -- Bill Clinton, Brian Mulroney, even Karl Rove have performed at one time or another. But in the last few years, YouTube has upped the stakes. These powerful men used to make themselves look a bit silly in front of relatively intimate crowds -- donors, party operatives, voters committed enough to attend a rally. But now, anything as surreal as a big name politician singing is going to go viral, ideally making the same sort of authentic, emotional connection with voters as a well-planned photo op.

A viral video might spread rapidly, but it can go wrong just as quickly. Harper's viral clip looks like an image victory from the outset, but it is being viewed by a lot of people not disposed to feel affection for our prime minister. To my admittedly anti-Tory eyes, Harper doesn't look like a nice guy or a good sport -- he looks faintly uncomfortable, and badly matched with The Beatles. I feel manipulated. And in two weeks, when this video is the only image of Harper that most Canadian voters can easily recall, will his team really be happy with, "I get high with a little help from my friends" as a take-home message?

Before planning their viral career, politicians everywhere should remember the cautionary tale of John Ashcroft. In 2002, then U.S. attorney general Ashcroft performed his own song, "Let the Eagle Soar," at a function at the Gordon-Conwell Theological Seminary. At times seeming to choke up, he sang lines like, "This country's far too young to die / she's still got a lot of climbing to do." He also distributed his lyrics to staff at the justice department, encouraging them to join rousing renditions during staff meetings. Rather than emphasizing Ashcroft's patriotic, sympathetic side, when the song went viral it made him into an international punch line.