In his epic novel War and Peace, Leo Tolstoy offered perhaps the most applicable summation of the human approach to great change.

“At the approach of danger there are always two voices that speak with equal power in the human soul: one very reasonably tells a man to consider the nature of the danger and the means of escaping it; the other, still more reasonably, says that it is too depressing and painful to think of the danger, since it is not in man’s power to foresee everything and avert the general course of events, and it is therefore better to disregard what is painful till it comes, and to think about what is pleasant. In solitude a man generally listens to the first voice, but in society to the second.”

You could apply this without much trouble to Adam McKay’s new film, Don’t Look Up. The film is still sitting atop Netflix’s most watched list, and many critics, thinkers and ordinary viewers have weighed in and offered their opinions. Apologies for those who haven’t yet seen the film and formed a bulwarked view on its faults and features. Mild spoilers ahead.

In short, the film takes flight when a graduate student named Kate Dibiasky (Jennifer Lawrence) discovers a comet on a direct path towards Earth. In six months, according to the countdown diet app installed on her phone, the comet will collide with Earth and then it’s lights out, baby. Her professor, Randall Mindy (Leonardo DiCaprio), confirms her finding and armed with this knowledge, the pair attempt to warn the powers that be, telling the American president played with full MAGA intensity by Meryl Streep, only to get shuffled off when the midterm elections are nigh.

The pair then takes their news on the media circuit, starting with a morning show hosted by two blow-dried talking heads, played by Cate Blanchett and Tyler Perry, full of blindly perfect teeth and blandish sound bites who only want to hear good news and celebrity gossip.

You can pretty much guess what happens from there. No one pays much attention, and the planet gets destroyed.

If you think the film is a ham-fisted analogy for humanity diddling in the face of catastrophe, you’re not wrong. McKay cut his teeth making films like Anchorman and Step Brothers, before making the leap to somewhat weightier fare with The Big Short. Subtle is not his métier.

But comedy often has a way of deking around people’s defences and coming in sideways. That’s what happens in Don’t Look Up, which is presented, on the face of things, as a satire, but in fact is kind of the opposite. As one critic put it, it wasn’t so much of a comedy as a documentary. Still others thought it didn’t go far enough.

One of the twists of Don’t Look Up is that it is a film about climate change that critiques the celebrity-heavy media environment, while simultaneously doing the very same thing itself. In addition to DiCaprio (a well-known environmental activist), the movie throws a spangled constellation of other superstars into the story as a means to entice an audience.

It works, of course, because celebrity sells. Also, the current state of the world is pretty much beyond satire at the moment.

What’s interesting about Don’t Look Up is that it has tapped like a tree root into the great subterranean sea of sadness around the changing world. The one line that vibrates with urgency occurs at the very end of the film, on the eve of the planet being smashed to pulp by an asteroid the size of Mount Everest. As astronomer Mindy (DiCaprio) remarks to family and friends gathered for a final dinner: “The thing of it is we really... we really did have everything, didn’t we? I mean, if you think about it.” Serve up dessert, coffee and the end of the world.

If tragedy and comedy are two faces of human drama, there should perhaps be added a third profile that sums up the combination of the two into some godforsaken Frankenstein creation. The mashup of absurdity and horror like funhouse waterboarding is the flavour of the times.

As the scientists scream loud and long, the less folks seem to listen. Many actual climate scientists have said this is what the film gets right, along with the shrieking internal frustration. As the Guardian’s George Monbiot wrote of bursting into tears on a morning news program:

“It is the structural stupidity to which the media are committed. It’s the anti-intellectualism, the hostility to new ideas and aversion to complexity. It’s the absence of moral seriousness. It’s the vacuous gossip about celebrities and consumables that takes precedence over the survival of life on Earth. It’s the obsession with generating noise, regardless of signal. It’s the reflexive alignment with the status quo, whatever it may be.”

The one thing Netflix does have is reach. At last count, the film had reached millions of eyeballs across the planet. The deep void of sadness, inchoate frustration and helplessness that it touches upon, however lightly, might do something that a thousand well-meaning climate change documentaries haven’t, and that is penetrate. Approaching the issue of climate chaos from an oblique angle perhaps allows people to have the discussion that otherwise might prove too infuriating and difficult.

Yes, a comet is a silly metaphor for climate change, taking away human responsibility from the situation that we ourselves created for ourselves, but it’s efficient. As the film indicates, tech solutions won’t help, politicians definitely won’t help, and the wealthiest and most powerful are probably already building well-stocked spaceships to take flight to other worlds. 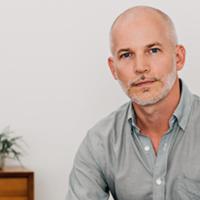 The Quest for a Life Undefined by Consumerism

We’re all implicated in the problem and no one has any perfect solution, although there are plenty of half-assed, quarter-assed and eighth-assed versions. In the metaverse, where we’re all currently stuck, this is also what perversely enough might happen with the film and its message — consigned to last week’s news cycle, as humanity trucks ever onwards.

As others have noted, the ongoing debate about the merits of the film itself weirdly echo its central thesis: that even in the face of imminent annihilation, humans just can’t get it together. They will fight over trivialities even as the end to all life on Earth hovers into view. Which is why the film’s penultimate scene, when the scientists and their loved ones gather for a last supper, full of ordinary conversation about the merits of store-bought pie and fresh-ground coffee, catches in the throat.

The comedy falls away, the world disintegrates, and it’s all over. Except for the crying, that is.