In the Atlantic, Garrett M. Graff concludes: “As we approach the 20th anniversary of 9/11 on Saturday, I cannot escape this sad conclusion: The United States — as both a government and a nation — got nearly everything about our response wrong, on the big issues and the little ones.”

Garrett, who has written an oral history of 9/11, continues: “The Global War on Terrorism yielded two crucial triumphs: The core al-Qaeda group never again attacked the American homeland, and bin Laden, its leader, was hunted down and killed in a stunningly successful secret mission a decade after the attacks. But the U.S. defined its goals far more expansively, and by almost any other measure, the War on Terror has weakened the nation — leaving Americans more afraid, less free, more morally compromised, and more alone in the world. A day that initially created an unparalleled sense of unity among Americans has become the backdrop for ever-widening political polarization.”

It’s worth noting that it needn’t have been this way. The attacks were bound to transform us, but the wake-up call they sent were open to debate and interpretation.

I was reminded of this when, like pulling a dusty diary out of a long-locked drawer, I revisited something I wrote in the Vancouver Sun 13 days after the World Trade Towers fell. At the time I said:

“‘Everything has changed,’ everyone agrees. But how? North Americans find themselves faced with radically differing visions of what this new war footing will mean to their way of life. Sift the media babble and you find no consensus. On the contrary, a war within our own culture appears to be brewing, tearing along fault lines already there before September 11.”

I noted that the drive to control sources of oil tempted president George W. Bush to wage wide-ranging wars in the Middle East. (Iraq proved this prescient.) “If you are against Muslim extremists, you’re for us. And military budgets are expected to surge in order to maintain U.S. imperial power.

“That, say some, is what a flabby American culture needed to find some spine not just abroad, but at home. ‘I’m very optimistic,’ global affairs writer Robert Kaplan declared. ‘For so many decades, we had nothing to struggle for. We became decadent and overly legalistic. But once threatened, that changed.... Every few decades we are faced with almost comic-book evil. You are going to see: a lot will change.’”

Yes it did, but as I scanned the media of that moment, an opposite path beckoned.

The terrorist attack, I proposed, “has issued a quite different wake-up call. Now is the time to reorder our values, curb our consumption and lessen our dependence on fossil fuels — so say ecologists including Michael M’Gonigle, chair of environmental law at the University of Victoria, who made the case in the Globe and Mail last week.

“Now is the time to calm our ceaseless mobility, to put down roots and work on creating more sustainable communities — so suggested novelist Douglas Coupland in Saturday’s National Post.

“Now we see clearly the price of brute force, failed policies and cynical alliances made in the Persian Gulf region — so argue one voice after another on self-styled progressive commentary sites like Alternet.org and Rabble.ca.” 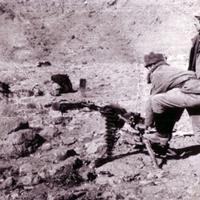 “America’s imagination is likely to become more imperial and less politically correct in the months to come. Tragically, empires under duress tend to ‘stay the course’ (to quote Ronald Reagan). They don’t pragmatically reassess the values that took them to the edge of the cliff.”

At the time I concluded: “Canadians are foolish to imagine themselves aloof from the impulses now warring within American culture.”

In the interim have come governments led by Stephen Harper and Barack Obama and Justin Trudeau and Donald Trump. And we’ve seen the transformative power of the internet, placing every fact, conspiracy theory, hopeful solution and bigoted expletive at our fingertips.

What do you think? Have we done well or poorly in keeping ourselves out of the vortex that Garrett M. Graff says America chose for itself and now sucks it under?