In Teachers We Trust: The Finnish Way to World-Class Schools
By Pasi Sahlberg and Timothy D. Walker
W.W. Norton (2021)

A book on improving trust in public education is very timely, precisely when the pandemic has eroded trust in most public institutions — including the schools.

The authors of this book describe how effectively Finnish schools responded to the COVID-19 pandemic a year ago: “On Monday, March 16, the Finnish government decided to close all school buildings and university campuses just two days later. Schools were advised to organize remote learning using alternative methods.… Educators had one full day to make plans so that no child would suffer and be left behind.”

Pasi Sahlberg and Tim Walker are dedicated evangelists for Finnish education: Sahlberg has taught in Finnish schools and helped frame policy for them, and he’s written an influential book on what we can learn from Finland. Walker, an American married to a Finn, experienced culture shock when he began teaching in Finland. He soon realized he’d left a system that values stars — individual super-teachers who redeem both their students and their schools — and entered a system that considers educating children as a team effort.

That’s a major difference. North American culture has glorified the star teacher, from Glenn Ford in The Blackboard Jungle to Robin Williams in Dead Poets Society, rescuing kids when their schools can’t or won’t. The Finns argue that it takes a whole school to educate each kid, and turn each into an educated and competent person.

Sahlberg and Walker explain that Finland wasn’t trying to create a world-class education system when it reformed its schools 25 years ago. It was just trying to save money in the recession of the early 1990s. Instead of axing programs and increasing class sizes, the Finns looked at the well-paid bureaucrats who’d been running their mediocre system. Why not ditch them and let local teachers decide how to meet national curricular goals?

That was a question few education systems would dare to ask, because in most countries, including Canada, there always seems to be a ready platform for critics portraying teachers as feckless layabouts who must be bullied into “accountability” by education ministries relying on standardized exams to judge student progress.

But the Finns already respected their teachers. So school reform made them as professional as doctors, lawyers or architects: highly trained, taking guidance from one another instead of from government bureaucrats, and trusted to teach and assess their students with little reliance on standardized exams.

Training students to be colleagues

Getting into teacher training isn’t easy in Finland. Out of ten applicants, one is accepted, and not just on the basis of high grades. Academic skill is only one of the traits needed; the ability to listen and understand is at least as important. Education students don’t get near a classroom, except in practicums, until they’ve completed a master’s degree. By then they’ve worked closely with classroom teachers who act as mentors, not as judges. The purpose is to train colleagues who can be trusted to assess a class and make the students as confident and self-reliant as the teachers themselves.

Sahlberg and Walker have classroom experience both in Finland and overseas, so they’re aware of sharp differences between the Finnish and other systems — many the result of trust. They describe how teachers work with principals in small management groups to discuss issues before bringing them up at the next faculty meeting, where the feedback will determine the next management group meeting. The result is “distributed leadership,” with teachers understanding administrators’ needs and vice versa.

Leadership also involves students: “Finnish law,” the authors write, “requires that schools, even at the primary level, offer a student council where students often are given real agency to influence issues that affect them.” Even in kindergarten, students are divided into small groups, each with a classmate as “team manager” who looks after the others. In middle school, grade nines welcome the grade sevens, introduce them to the school, and then serve as continuous support.

Everyone gets support, whether a floundering teacher or a baffled student. The teacher can talk over problems with colleagues and principal, and often the solution is a “resource teacher” who can co-teach some lessons and ease the pressure.

As for students, almost one-third are considered “special needs” at some point. All teachers have been trained in addressing special needs, so a student having difficulties is soon identified and supported by the school student-welfare team, which may include a special education teacher, psychologist and other experts. Even the public health-care system may be called upon.

Student evaluation is very different in Finland from Canada or the U.S. Students take exactly one external standardized exam, right at the end of high school: “It is a requirement for anyone who wants to study at a university and is a commonly accepted metric in determining students’ general maturity in a broad range of knowledge areas.” Before then, teachers assess student achievement. They don’t give grades at all until grade four, after which teachers assign grades of four to 10, using criteria established by the Finnish Agency for Education and the national curriculum. 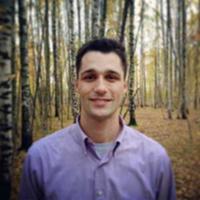 The Finnish Education of Tim Walker

“Teachers and parents in Finland understand that teacher-based student evaluation is not perfect,” Sahlberg and Walker note. Still, it’s generally considered better than the external standardized exams so widely used elsewhere — which lead inevitably to school rankings, teaching to the tests, undercutting subjects not tested and discouraging students from pursuing their own learning goals.

Short, clear and practical, this book includes opportunities for readers to reflect on how trust operates (or doesn’t) in their own schools — and how to increase trust in even the most distrustful system. It describes an education system in action, building trust every day, not some idealized utopia.

If we Canadians can ever get over our own star system and our desire to give our own kids a competitive edge over their classmates, we might find that the Finnish model is a far more trustworthy path to success.