A clatter of boots and armour echoes down the hallway, followed by bright lights and a wave of soldiers in white. With near-military precision, they line up along the wall by a doorway, blaster rifles at the ready.

A pause, then an explosion. Two soldiers are thrown backwards in a cloud of dust and flying bits of debris. “Cover the hallway!” someone shouts, as the rest prepare to make entry through the now-open doorway.

Another shout, another pause. “CUT!” calls co-director Andy Brown, stepping out from behind a monitor screen. “I think we got it!” The hallway erupts with cheers and applause.

Inside a warehouse in Langley, B.C., Brown, his co-creator Marco Bossow and a few dozen cast and crew members are halfway through a weekend of filming for an episode of Bucketheads, a Star Wars fan web series that follows the exploits of a team of Stormtroopers called Nova squad. The scene looks much like one of the high-end productions that Brown, Bossow and many of the others regularly work on as professionals in the Lower Mainland film industry. Lighting technicians, set designers, camera operators and actors all working in an incredibly detailed set that took more than four months to build.

But it doesn’t take a trained eye to tell that the filming is being done in the age of COVID-19. For starters, everyone is wearing a mask — even the Stormtroopers who are hidden in their costumes while the cameras are rolling. Everyone is doing their best to keep their distance, amid regular reminders from the COVID-19 safety officer who took everyone’s temperature and screened them for symptoms when they showed up to the set that morning. There are bottles of hand sanitizer everywhere.

“It’s the same but different,” Brown says, adjusting the white medical mask stretching over his nose and mouth.

There are other differences as well. No one here is getting paid, for instance. While the lead Stormtrooper characters, in their menacing white helmets, are played by professional actors, the rest are members of the 501st Legion’s Outer Rim Garrison — a costume-focused club for Star Wars uber-fans in Vancouver. They own their custom-fitted costumes and are volunteering their time like everyone else involved for the chance to work on the closest thing to a real Star Wars movie set they’re ever likely to see.

The entire production is volunteer-driven and financed with donations. Because it’s an unsanctioned fan project, even when it’s finished Bucketheads won’t be allowed to make any money without risking a copyright infringement suit from Disney, which owns the Star Wars brand. Instead, it will be released for free on YouTube in five episodes of 20 to 30 minutes.

“Everyone’s happy to give their time on weekends, it’s really quite amazing,” said Skylar Watkins, one of the volunteers on set. “People are eager just to do what they love doing.”

After a bruising year in the B.C. film industry, Bucketheads might not have started filming at all. Just shy of a year ago, Brown was watching the industry he loves grind to a halt as COVID-19 ricocheted around the globe.

The Bucketheads team had been riding high based on the success of their first 13-minute short film, which premiered in December 2018. It’s racked up more than two million views on YouTube and created a buzz in the Vancouver independent film scene. Plans and fundraising for the expanded web series were progressing well.

But then the pandemic hit, and everything stopped. “It was definitely scary,” Brown said. “The overwhelming feeling was one of great uncertainty and I think everyone being afraid of when things would pick back up.”

Even so, the Bucketheads team stayed the course and kept planning, scripting, building sets, hoping restrictions would loosen enough that they could get back to work.

“Obviously safety became the main priority,” Brown said. “How could we justify taking people from their families and using their very limited free time if we couldn’t ensure we were doing it in a safe environment?”

As the pandemic dragged on, the Vancouver film industry learned to adapt. Expert-informed COVID-19 safety protocols were developed. In their day jobs on big productions, Brown and Bossow had a front-row seat as the measures were introduced and used them as a template for their own safety plans, which included daily COVID-19 screening, shooting scenes with a barebones cast and crew and careful physical distancing in the backstage common areas.

Outside the warehouse, Kori King kept watch over the craft services and first aid department she runs out of a small mobile home. All the drinks and snacks needed to keep the crew running are hers to oversee. Everything is individually packaged, and she’s responsible for making sure everyone follows pandemic protocols when they pop out for a bite.

She says she worked in the hospitality industry for years and switched to the film industry just before the pandemic hit. “I don’t have much to compare it to pre-COVID,” she said, adding that everyone working on Bucketheads seemed to be taking prevention seriously.

With a background as a former U.S. marine, Watkins is usually in front of the camera, not behind it. After serving two tours in Iraq and Afghanistan, Watkins (who is a dual citizen) returned home to Vancouver and started putting his military training to use on film sets by playing the role of a soldier in scenes where tactical movements like room clearing need to look professional.

When the pandemic hit, he and many of his colleagues found themselves suddenly out of work. He said he jumped at the chance to be part of Bucketheads because, even if it’s unpaid, it offered a creative outlet for him at a time when his career seemed particularly bleak.

“When the industry shut down, a lot of the guys that are former military that I work with, we would train together until the restrictions really hit and we couldn’t even do that,” Watkins said. “Marco and Andy, they were able to get all these professionals that were just itching to work just to do something.” 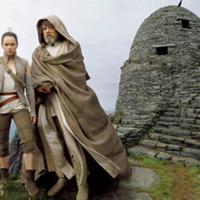 Almost a year into the pandemic, Brown said he’s been floored by the community support for the project. To keep the cameras rolling, Brown and Bossow’s not-for-profit Twin Sun Film Foundation has a crowdfunding account that brings in about $1,000 a month which goes to defraying production costs. That, along with volunteer time and in-kind donations, powers the production. Brown estimates everything that’s been donated, from set-building time to materials from previous productions, would cost somewhere around $500,000 if they had to buy it all themselves.

The wider film industry is back up and running now, meaning workers like Brown and others are back to working up to 60 hours a week. He credits all the work to tackle COVID-19 and get people back to work safely.

“I think honestly, a lot of filmmakers look back with a sense of pride for our industry,” Brown said. “I don’t think anyone would say it’s been perfect by any means, but we can certainly look at other film centres in North America and no one is doing as well as Vancouver. Not by a long shot.”