There is a lot to be learned from looking back, especially when the future appears so uncertain. One film that takes a particularly interesting rear-view mirror approach is The New Corporation: The Unfortunately Necessary Sequel, showing as part of the Vancouver International Film Festival’s 2020 lineup.

An earlier film, 2003’s The Corporation directed by Jennifer Abbott and Mark Achbar, was a bit of a watershed moment for Canadian documentary. It picked up awards and audiences, but also changed people’s minds. I remember hearing stories of people leaving the theatre and throwing away their bottles of Coca-Cola in a rage after seeing the film.

To say that a lot of documentaries have tread this same ground and used similar methodologies since The Corporation first entered theatres is a bit of an understatement. “Impact documentary” is the shorthand description for this kind of film — talking head interviews mixed with archival footage presenting the scope and breadth of an issue, usually ending with a tidy wrapup of hopeful solutions. I’ve probably sat through hundreds of them over the past 15 years.

The New Corporation, under the directorial baton of Abbott and Joel Bakan, takes us back to the early 2000s. After the release of the first film, when corporate malfeasance had been revealed in all its soul-sucking, Earth-destroying scale, it seemed the jig was up.

It was a dark moment, replete with scandals, crises and protests. But it heralded the dawn of a new age, an era of kinder, gentler corporations committed to transparency, environmental safeguards and philanthropic giving.

Or so it seemed.

This “charm offensive” is well evident at the World Economic Forum in Davos, an annual migration of the global super elite to a tiny Swiss skiing resort. (Marcus Vetter’s film The Forum, also screening at VIFF, makes for an interesting companion piece). Narrator Charles Officer kindly informs us this is where the story of the new corporate model kicks into marketing overdrive.

“Is the business of business still just business?” asks one of the attendees, with the implicit answer being of course not. But really how much has changed?

That is the question the film sets out to answer, with a who’s who of experts and analysts providing their two cents. Some are pretty close to home, including UBC’s Peter Dauvergne, Grand Chief Stewart Phillip and Elizabeth May. There’s also a raft of folk who make regular appearances in documentaries, such as Vandana Shiva, Joseph Stiglitz, Noam Chomsky, Robert Reich and Chris Hedges.

Then there are the folk on the other side, making arguments for privatizing education, building more pipelines, and the overall goodness of companies like BP and JPMorgan Chase. People like Jamie Dimon, the CEO of JPMorgan, and Lord John Browne, the former CEO of British Petroleum (which is now BP).

Despite Browne’s protestation that he fervently believes in environmental protection, he presided over some of the worst oil disasters in history, including the BP Texas City refinery explosion and Deepwater Horizon.

The very fact that the film manages to capture Browne on camera defending his own record is a testimony to documentarian tenacity, or perhaps Browne’s level of dissociation.

What corporations have wrought on governments and the political process around the world is where things get dicey. The inherent conflict between capitalism and democracy reaches an apotheosis around elections. Corporations are not elected, but they are increasingly playing government roles. They are, in fact, governing.

The film lays out this privatization trend in a step-by-step fashion — don’t pay corporate taxes, hollow out the government so that it is incapable of solving social problems, then step onto the stage and propose that only the market can address the issue. The strategy, called starve the beast, works like a hot damn.

As U.S. Supreme Court Justice Louis Brandeis once stated: “We can have democracy in this country, or we can have great wealth concentrated in the hands of a few, but we can’t have both.” American political strategist Heather McGhee says it more simply: “The greed economy is killing us.”

Sometimes slowly with pollution and climate change, but occasionally much faster. Witness the failure of the market to come to the aid of the American people as COVID-19 continues to rampage across the U.S.

Corporate forces now threaten all life on Earth. In reaction to the looming climate crisis, the oil industry has cranked up production, launched new megaprojects and seems intent on extracting as much as possible before the end comes.

When the film poses the question "Why didn’t we stop climate change?" the answer is as simple as it is devastating: because it is profitable for a handful of corporations.

In an age of ongoing existential crisis, the most curious thing is that people somehow continue to find ways to resist.

On cue, the film unleashes a deluge of present-day uprising scenes, cutting together snapshots from the pandemic, the murder of George Floyd and the ongoing struggle for a better kind of world. From Indigenous land rights to the Occupy movement to Black Lives Matter, to more localized actions like the battle over minimum wage in Seattle, resistance movements have sprung up around the world.

Once upon a time, there was a thing called the Age of Enlightenment, when the promise of a better human society seemed not a distant impossible goal but an achievable reality. That idea, however faint and fragile it might feel at the moment, is still worth fighting for.

Two more picks and a skip

Filmmaker Cheryl Foggo sets out to separate reality from tall tales in her investigation of the story of John Ware, a famous Black cowboy from pioneer days in Alberta. Foggo’s family was one of the few that came of age in Alberta when people of colour were smaller in numbers, an experience not unlike Ware’s own life.

After the American Civil War, Ware settled in Canada, married and raised a family. Along the way, he collected a number of legendary stories about his prowess as a cowboy and outdoorsman.

Far from being an isolated example, Ware was in fact part of a larger community of people. As the film points out, there were a number of ranchers, cowboys and homesteaders who weren’t white and were overlooked or, more correctly, excised from Alberta’s pioneer past.

Reworking her stage play John Ware Reimagined, Foggo incorporates friends and family into the search for the truth behind Ware’s larger-than-life persona. It’s a charming and deeply-personal film about a little-known part of Canada’s history.

Choreographer Marguerite Marin looking back over her career forms the basis of this curious film. Marin, along with other powerhouse women like Germany’s Pina Bausch, Canada’s Margie Gillis and America’s Yvonne Rainer; reinvented dance, taking away the fluffy stuff and humanizing it with lumpen ordinary bodies, street clothes and pedestrian movement.

When Marin met Samuel Beckett in 1981, she was a young choreographer and he was the old man of letters. But the two collaborated, and the result was Marin’s groundbreaking work May B. The film is largely organized around the history of this piece, intertwined as it is with Marin’s own development as a dance maker.

Director David Mambouch, who also happens to be Marin’s son, brings a personal, intimate eye to the proceedings. Perhaps too personal, in fact. Much of the film is given over the trials and tribulations of Marin’s dance company.

Sometimes this material is interesting enough (Marin getting into fights with audience members who hate a particular work), but other parts (the difficulties in finding studio space, revolving members of the company) are a little inside baseball for a general audience.

The most fascinating aspects of the film is the performance of May B, wherein dancers encrusted with thick white makeup, powdered wigs and shabby costumes embody Beckett’s prose. It is both beautiful, grotesque and profoundly moving all at the same damn time.

Marcel Duchamp: The Art of the Possible

As many of the famous fabled talking heads in director Matthew Taylor’s documentary explain, there might not even be a contemporary art world without Marcel Duchamp. I’m not sure if this is good or bad.

The impact of this impish French artist is still being felt today, and the film assembles a gallery of artists, curators, collectors and critics, including Jeff Koons, Marina Abramović and other art world luminaries, to tell you so. 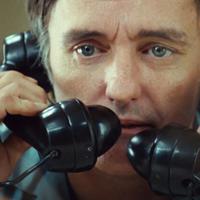 But despite Duchamp’s seismic impact on culture, the film itself is a relatively pedestrian affair, trotting diligently through the life and times of the artist, from childhood through to callow youth to the later volcanic events that would seal his fate.

Of these, getting tossed out of the Société des Artistes Indépendants exhibition for his painting Nude Descending a Staircase, No. 2 was perhaps the most revolutionary, superseded only by his later masterwork The Bride Stripped Bare by Her Bachelors, Even. Otherwise known as The Large Glass.

And then came the readymades — the urinal, the snow shovel, the bicycle wheel and the dog comb. Ordinary objects transmuted into art by an artist signing them and thus designating them so.

For an artist as irreverent and mischief making as Duchamp, this portrait is a turgid affair, full of pretentious twaddle and art school noodling. As the French critics are quick to say, “Le Boo!” Best to skip away, in good Duchampian fashion, who would have most likely given the film a big fat readymade raspberry.