They may have sentenced Leonard Cohen to 20 years of boredom for trying to change the system from within, but a whole generation of American conservatives were richly rewarded for doing just that.

As Kurt Andersen says in summarizing his own book, “Evil Geniuses chronicles the quite deliberate re-engineering of our economy and society since the 1960s by a highly rational confederacy of the rich, the right and big business.”

Canada, Britain and many other countries were pulled along in the Americans’ wake, though without quite the same awful results. Canada may be able to recover, but it will not be easy.

Andersen admits the re-engineering of America sounds like a great conspiracy theory. But he documents the efforts to transform the country meticulously and credibly.

That’s possible in part because the conspirators made no attempt to conceal themselves; on the contrary, the arch-conspirator was a famous corporate lawyer, Lewis Powell, who authored the memorandum that sparked the movement in 1971 and was soon after appointed to the U.S. Supreme Court. Taking the 1960s radicals more seriously than he should have, Powell argued for long-term changes that would further enrich the wealthy at the expense of workers and the middle class.

The memorandum was probably the single most influential American document since George F. Kennan’s “long telegram” of 1946, which set the terms of the Cold War that followed. Corporate leaders fell in behind Powell, and began to pour millions into think tanks, foundations and law schools — not to mention journalism scholarships to develop a new generation of right-wing pundits.

Andersen’s evil geniuses were patient. As late as 1975, he says, Americans were as economically equal as Swedes. Changing Americans from impatient seekers of the new to cautious treaders of water took years. 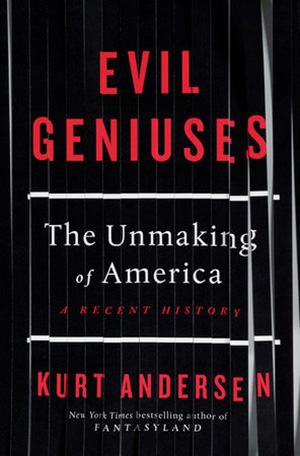 The conspirators recognized one lucky break in their favour: future shock. The dizzying social, political and cultural changes of the 1960s resulted in a flight away from the new into nostalgia. Even the hippies and college radicals wore old-fashioned clothes: suspenders, rawhide jackets, long skirts. “Left reactionaries” hated computers and wanted to go “back to the land.”

By the 1980s nostalgia had hardened into a kind of cultural stagnation. Popular music, after the creative explosion of the 1960s and the emergence of hip hop, has gone nowhere new. Genre fiction dominates literature, with endless series of fantasy, science fiction and historical novels. (“Stand alone” novels are now an odd genre of their own.) Movies offer similar cozy, familiar worlds: Star Wars, Star Trek, Harry Potter, The Hunger Games — “franchises” that standardize and limit the imaginations of millions. People in 2020, Andersen says, even dress the way they did in 1980.

Those who have grown up in the last 40 years of stagnation can hardly imagine the climate of opportunity in the 1950s and ’60s. Even a man like my father, with five years’ formal education to his name, could see his three sons through university in the U.S. The same was true of Canada, where a rapidly expanding post-secondary system gave me a lifetime job. If anything, Canada offered even more opportunity than the U.S.

The joke was on those prosperous workers who paid their union dues. Their kids went to school and left the working class. They became professionals, acquiring new values along with their new incomes, and losing a vital link to their origins.

The Brahmin Left and other useful idiots

My generation became the first of what French economist Thomas Piketty calls the “Brahmin Left,” and what Andersen calls the “useful idiots” of the evil geniuses: the paper-pushers who actually aided the takeover by training the evil geniuses’ flunkies and looking after their paperwork and housekeeping. (The flunkies’ kids, in turn, would become the degree-bearing mainstays of the gig economy.)

And the kids who stayed in the working class we deserted? They became the loud supporters of Donald Trump and Maxime Bernier. Sometimes they build careers in the police force or the military, and sometimes they die of alcoholism or opioids.

Here in B.C., our local evil geniuses were quick out of the starting blocks. The Fraser Institute, funded in part by the Koch Brothers, started up in 1974. The next year the revived Socreds under Bill Bennett knocked out Dave Barrett’s NDP. Bennett’s “restraint” program broke the B.C. left in 1983, leaving the Brahmin Left and the New Democrats to march impotently around the Hotel Vancouver during a Socred convention and then to swap recriminations for another decade.

Disarray in the Socreds created an opportunity for the NDP in the 1990s, but they had already been dragged far to the right. Then a new generation of geniuses took over under Gordon Campbell’s Liberals in 2001 and guaranteed another decade and a half of stagnation. Politics has been quieter under John Horgan’s NDP, but projects like LNG and Site C evidently meet the geniuses’ definition of “usefully idiotic.”

Still, for all our sorrows, Andersen often cites us as doing far better than the Americans. “In Canada almost a third of workers are represented by trade unions, the same as in all developed countries on average... three times the U.S. unionization now,” he writes. He also finds us as socially mobile as Norway, Denmark and Finland, and says our median income has risen by 20 per cent since 2000, while the U.S. median “has hardly budged for decades.”

As for income equality, Andersen says “Back in 1979, America’s Gini index for income put us around where Canada is today — in the more admirable and highly developed half of nations, although not up with the super-high-equality countries of northern Europe.” This year American income inequality is higher than it’s been in 50 years.

Andersen argues that the American left invokes nostalgia just as the right does: progressives want to go back to the New Deal and the postwar golden age as an alternative to the Raw Deal imposed by the evil geniuses.

But the Second Word War and 1945-75 were a golden age for white males and precious few others. Black and Latino Americans endured generations of ethnic recession, and the women’s liberation of the 1970s was confined largely to college-educated white girls. Real equality will demand innovation, not nostalgia.

Persuasive though Andersen’s book is in many ways, his conclusion seems dangerously optimistic. He calls for “a patient political long game on behalf of the economic majority — like the class war launched in the 1970s and brilliantly waged ever since by and for the economic elite.”

But we have no time for a patient long game, and the evil geniuses are far better prepared to block such a pivot than the American left was in the 1970s.

The geniuses’ own long game has given the U.S. Donald Trump and the systematic dismantling of key American institutions: the state department, the justice department, and now, in the midst of a pandemic, the best public health system in the world. The courts have been stacked with far-right conservatives, trained in the law schools funded by the Koch brothers and their colleagues. The checks and balances that kept the U.S. in precarious balance for 250 years are gone. What remains is a vast carcass, ripe for asset stripping. 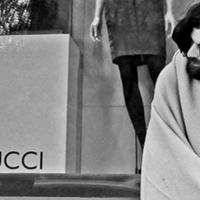 How Inequality Became the Status Quo

It’s conceivable that the Americans could teeter into a kind of civil war, with cops and gun-loving right wingers battling a basically unarmed and disorganized left. Such a war would dismantle what’s left of American democracy, putting the right in total control.

In that case, Canada would be in a serious predicament. Do we behave like Sweden in the Second World War, ostensibly neutral but still trading with a fascist state? Do we welcome thousands of American refugees, plus undocumented Latin Americans? Do we seek another protector, whether Europe or China?

Those are nightmare alternatives. But they could become reality unless November’s election overwhelmingly rejects Trump and puts Joe Biden in power. Moreover, Biden will have to be prepared to crack down hard and fast on the Trumpists — and on the evil geniuses who made the Trumpists what they are today.