The flood of Trump books will not end in this century. He may indeed be a moron, a racist, a narcissist, and any other negative term you choose. But like Samson bringing down the temple, Donald Trump since 2016 has ended the 70-year era of America’s world order — and perhaps ended America itself. We who prospered under the American wing may feel disillusioned, but who wants to live in an illusion?

Alberta has a good vantage point: he is a conservative who was a political writer for the National Review, founded by William F. Buckley Jr. as the voice of the intellectual right wing. His connections and his conservative credentials gave him access to hundreds of Republican politicians and staffers, many of whom bitterly opposed Trump’s takeover of their party, only to become his loyalists.

Trump is not even the protagonist of the book. He simply arrives in the late stages of Republican internal conflict and exploits that conflict to his own advantage. 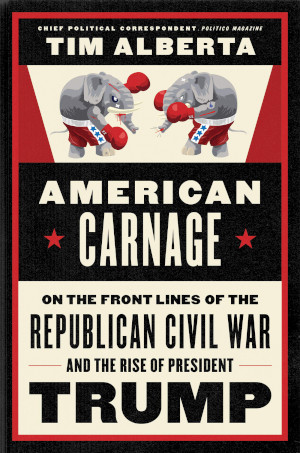 The conflict, as Alberta portrays it, is between the party “establishment” and “paleoconservatives” who had “an intense skepticism of international commerce, military adventurism, and foreign immigration.” The establishment had run the party at least as far back as Richard Nixon, who broke the Democratic “solid south” and won white southerners with an implicit promise to keep Black Americans out of power.

But the establishment had also kept out the John Birchers of the 1960s and Pat Buchanans of the 1990s. The paleoconservatives might be on the fringe, but they didn’t go away. As early as 2005, Alberta says, George W. Bush was worrying to a few advisers about the party’s isolationists and protectionists and nativists: “These isms,” he told them, “are gonna eat us alive.”

The crash of 2008 and Barack Obama’s election were a godsend to the paleos. Never mind that Obama’s measures saved the overall economy and staved off a major depression. As millions lost their homes and jobs, they saw a black man in power, rescuing the auto industry.

Meanwhile, the Republicans in Washington faced another shock from Obama. When Congressional leaders heard him say, “We don’t have Republican or Democratic problems, we’ve got American problems,” and he promised to “reach out across the aisle... The Republican lawmakers in the room exchanged smirks — putting on a show for the press, they figured.”

Then the media left, and the Republicans realized the guy was serious. “Cooperating with the new president,” Alberta says, “was dangerous not just because it handed him a victory, but because it fed a perception on the right that there was no longer any meaningful distinction between the two parties.”

“If he governs like that,” one Republican aide told his boss, “we are all fucked.”

So right from the start, the paleoconservatives were powerful enough to scare the establishment Republicans into a long-term campaign of obstructionism. Had Obama offered enough big infrastructure spending in his recovery package, some Republicans would have supported him; they could take credit for the new roads and bridges in their states and districts. Alberta quotes one Republican official as saying that would have eliminated the party for a generation.

Instead the Republicans maintained solidarity and began eight years of obstructionism rather than get their “fingerprints” on Democratic programs like Obamacare.

While the Tea Party (and reality-TV star Donald Trump) assailed Obama’s legitimacy, the establishment made a fighting retreat to the far right. By 2012, they could still make John McCain their candidate; he might be a maverick, but he was still establishment. Yet McCain picked Sarah Palin as his vice-president and let the populist dogs out.

Much of Alberta’s book chronicles the party’s resistance to Trump while he steadily picked off his rival candidates — and then recruited them to his cause. Solid establishment conservatives like House Speaker John Boehner were forced from power by Republicans who had gone over to Trump. It didn’t help the establishment that mega-donors like the Koch brothers were funding Astroturf groups to team up with the genuine Trump grassroots — with the explicit intent, Alberta says, of taking over a “hollowed-out” Republican Party.

The establishment eventually went over to Trump altogether, with only a few departing Washington on principle. That brings up an important point that Alberta addresses only indirectly: how cheaply everyone else sold out.

Paleoconservative Republicans had been for small government, big defence spending, no military adventures, restricted immigration, and deficit reduction, but George W. Bush expanded government with agencies like the Department of Homeland Security, squandered a fortune on wars in Iraq and Afghanistan, did nothing about immigration, and bloated his deficit before leaving office by emergency spending to save the banks. The paleoconservatives had resented it all, and they liked what Trump offered instead.

The establishment Republicans who’d supported Bush had their own political principles, but now they caved to the paleocons. That suggests their real principle was simply to stay in office as long as possible, “for another term with a salary of $174,000; fully funded trips around the world; sprawling staffs catering to their every whim; power-flexing appearance on cable television; black-tie dinner and top-dollar fund-raisers and seats at the table with some of the world’s most powerful and well-connected people.” 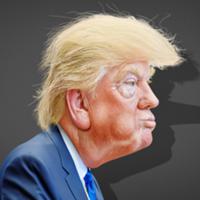 Fire and Fury: A Bad Book About a Worse President

And the paleocons in turn caved to Trump as he ran up military spending, threatened North Korea with “fire and fury,” alienated allies (Denmark is only the latest to be insulted), and shrugged as Trump pushed the deficit to $1 trillion and counting. Granted, he made life miserable for migrants and asylum seekers, but almost every other paleocon principle went out the window.

Alberta enjoys showing how individual Republicans sold themselves out, and allowed themselves, like Mitt Romney, to be humiliated by Trump. But he doesn’t explore their personal motives. The implication is that gaining power was their main motive, not to use that power to implement a coherent agenda. Establishment and paleocons alike were mere coalitions of opportunists, and they couldn’t even work together once Trump put them in power. 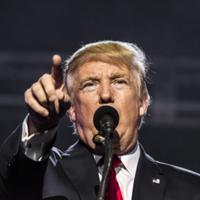 ‘Fear’: Bob Woodward’s Book Documents a Hostile Takeover of the US

“Despite controlling the White House and both chambers of Congress,” Alberta observes, “the Republican Party was no more cohesive than it had been while out of power.” It is held together out of fear of Trump, and his base, and the early morning tweets that can rally the base against his critics. “Given the toxicity of his time presiding over it,” says Alberta, “Trump may well be remembered as the president who destroyed the Republican Party.”

American Carnage is a big book, yet tightly and vividly written. The openness of Alberta’s Republican sources makes its revelations often surprising: given a sympathetic interviewer, even sellouts can be nice guys. Perhaps the book’s chief insight is that “Politicians are reactionaries, not leaders. They achieve and maintain power by responding to public opinion, not by driving it.” And that likely applies to Canadian politicians as much as to American Republicans and Democrats.

Tim Alberta offers little comfort to Trump’s enemies. The American court system has been Trumpified for the foreseeable future, the U.S. has lost much of its international influence, and American divisions of race, class, and gender are deeper and wider than they have been in a century or more.

“Maybe,” says Alberta, “there’s no ‘normal’ to which America can return.”

He didn’t need the “maybe.”