Rarely does a book have a powerful, immediate impact on a country’s politics. Sure, Tom Paine’s Common Sense provided a rationale for the U.S. Revolution, but it was just a pamphlet. The inside politics tell-all is a popular genre, but it usually appears too late after the people and events it describes are receding in our rear-view mirror.

Fire and Fury, by contrast, has the immediacy of a pamphlet and the detail of a book. A bad book.

As soon as The Guardian published excerpts, Michael Wolff’s book drew attention — and pre-orders. (I bought mine within minutes of learning of its existence.) The Trump administration’s clumsy efforts to stop its publication only brought its release date forward, and I downloaded my Kindle edition about 6:30 a.m. on Friday morning.

Over the weekend, Donald Trump proved one thing: if you give him the right product, he is a superb salesman.

Trump’s Saturday morning tweets, in which he reassured the world that he is, “like,” a “very stable genius,” ensured the growing wealth of Michael Wolff and ever-higher ratings for Trevor Noah, Stephen Colbert and other political comics.

Meanwhile, the book is also circulating as a PDF samizdat, ensuring that millions more will have it on their hard drives or phones. Whether people will read it or not is uncertain. One of the themes of Fire and Fury is that Donald Trump and his retinue are not big readers, and in this they are like countless other theoretically literate North Americans.

Quite apart from its content, Fire and Fury is a portrait of 21st-century political discourse. Though Trump grew up in the golden age of American print media, he seems rarely to have read more than headlines (preferably about himself). But he knows books have a certain prestige, so he is the theoretical author of works like The Art of Deal — which was ghostwritten by Tony Schwartz, who publicly warned in The New Yorker that Trump was unqualified to be president.

Trump denies ever giving Wolff permission to hang out in the White House and talk to his people. But he must have because Wolff showed up, hung out, and talked to a lot of people — especially the now-disgraced Steve Bannon, one of Wolff’s few sources cited by name.

Here is where the book is caught between its friends and enemies. Its friends, who want to believe it, expect documentation — “Joe Doakes told me,” “an email from Jane Doe said.” Citation of reliable sources has been drummed into generations of scholars as well as journalists (and as a college instructor I did my share of drumming). The enemies of evidence-based argument, by contrast, rose to power by raw assertion (“Mexicans are rapists,” “NAFTA is a lousy deal”).

Wolff’s unnamed sources are lying very low and giving him no backup. Steve Bannon, now excommunicated, has asserted Trump is still a great man and has tried to stick his “treasonous” charge on Paul Manafort, not on Donald Trump, Jr. (who was at the same Trump Tower meeting with the Russians).

Neither fact nor fiction

Trump and his staffer Stephen Miller claim the book is a work of fiction. It’s not, but neither is it verifiable fact.

Much of Fire and Fury simply confirms what the “lamestream” media have been reporting about Trump since the 2016 campaign. It also confirms media reports that Trump’s own people know he’s a lying, incompetent, narcissistic fool — a reality they have been trying to exploit for their own purposes over the past year.

According to Wolff, Trump is running the country the way he ran his ramshackle business empire, without a clear chain of command. Instead, he’s brought in various courtiers who have contended to sabotage one another while steering him in some desired direction. Trump himself seems not to care what he does as long as he gets a lot of attention.

So Reince Priebus, his first chief of staff, represented the Republican establishment in Congress. Priebus was doing the bidding of Republicans who figured Trump would sign whatever they put before him.

Meanwhile, Jared Kushner and Ivanka Trump wanted to tug the great man back a little to the left, toward what Wolff calls the “Goldman Sachs Democrats.” And Bannon wanted to persuade Trump that Bannon’s ideas for returning to 1950s U.S. were really Trump’s in the first place.

In all this analysis, Wolff still coasts in the slipstream of serious journalists. Those journalists admit that their sources are often leaks from anonymous “White House sources.” But Wolff rarely bothers even with that kind of attribution, preferring to write page after page of omniscient narrator prose, explaining the thoughts and motives of his subjects — and even quoting them when he had no way of hearing them.

But he is far from omniscient; he’s just a guy hanging out on a West Wing couch, picking up gossip from staffers who ought to know better. Or they did know better, and Wolff just made stuff up. 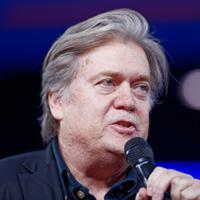 The Alternate Realities of Trump’s America

I didn’t get far into Fire and Fury before getting the creeps. The sheer lack of real documentation makes it mere sound and fury, signifying nothing we didn’t know already. All it really offers is the titillation of gossip, a confirmation of our darkest suspicions with a few juicy new details.

The creepy part is that Wolff is giving us just what Trump gives his base: mere assertions, rarely attributed to specific individuals. What we learn about those individuals makes them highly unreliable sources — and that makes Wolff himself the least reliable of all. It doesn’t help matters that the book was written rapidly and sloppily and received little copy editing; the text is full of omitted words and errors that escape spellchecking, like “differed” when he means “deferred.”

Readers need to pay attention to this because Trumpist polemic — even against Trump — puts them in with those believing all Mexicans are rapists. Disliking Trump is no excuse for thinking like him, and U.S. democracy is in real peril if the anti-Trump majority start thinking like the pro-Trump minority.

Someday, hopefully very soon, we’ll get the real inside story, highly documented. Maybe it will come from some other journalist now toiling in obscurity, but more likely it will come from Special Counsel Robert Mueller’s indictments and the evidence for them. It will be longer than Wolff’s book and less entertaining. But it will be factual — and likely far, far more shocking.