Bob Woodward’s new book was widely anticipated, and Donald Trump’s own ongoing behaviour has certainly helped to publicize it. So it’s no wonder that it sold over 750,000 copies on its first day of publication, and will likely surpass a million copies by the end of September.

Woodward, 75, can thank Trump himself for enriching him in his old age. Few politicians have ever held Americans’ attention as Trump has, so books offering the inside story on the man and his presidency are likely to do very well.

Yet this book tells us little about the man that we didn’t already know. It says much more about those drawn into his service. And by implication Woodward tells us that the American order, which dominated the world from 1945 to 2016, is over — destroyed by enemies within.

The book’s structure is braided, a roughly chronological sequence in which different persons and issues emerge and then drop out of sight again. This makes it hard to keep track of events, though it echoes the experience of news consumers: no sooner has this afternoon’s bombshell arrived than it’s lost in the debris of tonight’s blockbuster. And Trump’s tweetstorm tomorrow morning will only bounce the rubble.

What we’re left with is a clearer impression of the president’s men (and women) than of the president himself. Relying on hundreds of hours of taped interviews and his own reputation as an accurate reporter, Woodward presents comments that sound like real people talking, most of whom rely heavily on variations of “fuck” to express their sincerity. Some of them are longtime civil servants or politicians who rose to the top thanks largely to their own intelligence, training, and skill. But a remarkable number are complete political novices, neither knowing nor caring much about government processes.

While he failed to interview Trump, Woodward did talk on “deep background” with a number of people close to the president. “Deep background” is a fig leaf; when we learn that Steve Bannon thought “Trump was an Archie Bunker, but a really focused Archie Bunker,” we can safely assume Bannon himself said so to Woodward.

Like F. Scott Fitzgerald’s middle-aged lady, “preserved by an imperviousness to experience and a good digestion into another generation,” Donald Trump appears to Woodward’s sources as a kind of living fossil that has somehow survived events that should have finished off his whole kind long ago. Even his fans seem to think he’s a jerk — better said, a useful idiot.

The question then is why Bannon or anyone else would want a really focused Archie Bunker running the United States of America. And so it goes with all Woodward’s sources: they are smart, talented people who have little respect for Trump yet are willing to take a shot at manipulating him to serve their own ends.

So Gary Cohn left Goldman Sachs to serve as economic adviser to the economically illiterate president, and got nowhere. But when Trump ordered a letter that would pull the U.S. out of its trade deal with South Korea, Cohn swiped the letter from the president’s desk — counting on his scatterbrained boss to forget the letter. This amounted to mutiny, an arrogation of power Cohn didn’t have and hadn’t earned. He quit in March 2018. Better to have resigned earlier, with a public denunciation of his ex-boss’s stupidity.

He would have had good reason to. As Woodward notes, Cohn found that “The president clung to an outdated view of America — locomotives, factories with huge smokestacks, workers busy on assembly lines.” Woodward continues: “Several times Cohn just asked the president, ‘Why do you have these views?’ ‘I just do,’ Trump replied. ‘I’ve had these views for 30 years.’”

Cohn and the other staffers are baffling. Having prospered in life under the Pax Americana that’s dominated the world for 70 years, they tolerated Trump’s racism and America First for the sake of a little power.

The problem goes far beyond Trump’s staffers. The Republicans had heaped abuse on Trump when he was running for the nomination, but then fell rapidly into line when they realized he had managed a hostile takeover of their own party. They cooperated in pushing through his tax cuts, which enriched the one per cent while putting the country over a trillion dollars deeper in debt. And the one per centers, neither fools nor patriots, gladly accepted a cut in their taxes that they knew would impoverish the 99 per cent and add enormously to the country’s debt burden.

So Trump and his enablers begin to look less like right-wing radical revolutionaries and more like savage-capitalist raiders bent on a hostile takeover, intent on stripping assets from a huge and ill-run corporation called the United States of America.

Something very like that happened to the huge and ill-run Union of Soviet Socialist Republics in the 1990s, when Vladimir Putin and his fellow-oligarchs grabbed wealth that had once, theoretically, belonged to the peoples of the U.S.S.R. Seen in that light, Russian meddling in the 2016 election is just an extension of the Soviets’ clumsy Cold War attempts to export communism. 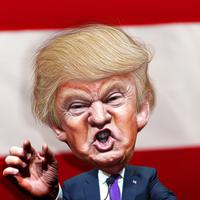 An Internal ‘Soft Coup’ Is No Answer to Trump

Exporting oligarchy has turned out to be much easier, aided by computer technology and Western billionaires who find democratic governments a hindrance to becoming even richer. The oligarchs are happy to sell out their country, right down to further impoverishing the poorest broom-pusher and burger flipper.

Trump, his staffers, and his funders have effectively written off the people who voted for him as well as those who didn’t. The point of asset stripping is to maximize your own benefits, not those of the hapless employees making a living from those assets. So ignore the threat of climate change, and hamstring the Environmental Protection Agency. Ignore foreign allies when you have no intention of defending them or seeking their aid in your own defence. Make friends with other strongman governments. 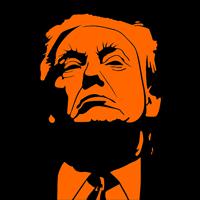 Are These the End Times for Liberal Democracy?

How could this happen to the world’s greatest superpower, which presided over the Pax Americana that we have all grown up under for over 70 years?

Woodward doesn’t begin to examine this question, or even to ask it. But when a superpower’s political class implodes so quickly, and is replaced by the scoundrels he talks to in this book, the rot must have set in long ago. Like the Soviet Union, which behaved like a superpower until it suddenly wasn’t, the U.S. has suffered a crisis of confidence in itself.

It may take longer for the U.S. to become just another oligarchy, because its institutions are older and stronger than those of the Soviets. But with Trump’s corruption of the Supreme Court and the subjection of Congress to the presidency, those institutions too will fall. Like Rome’s Senate under the Caesars, American institutions may maintain their outward forms, but the power that gave them meaning will be gone.

Unlike journalists in Putin’s oligarchy, Bob Woodward is likely safe from a bullet in the back; he will die in his bed, rich and revered. But the American polity he has chronicled since 1972 now seems gone forever.