This book by a German reporter ought to change Canadian foreign policy overnight. But if it doesn’t, it will still have made its point: China has become almost too big to quarrel with, even as it becomes more quarrelsome.

Canada needs to show Beijing that threats will get it nowhere, whatever it costs us and whatever the fate of Huawei executive Meng Wanzhou.

Kai Strittmatter is an old China hand, fluent in the language and with long stints in the country. He’s spoken with many officials, intellectuals and dissidents, and understands the dramatic transformations that Deng Xiaoping and his successors have imposed first on China and then on the rest of the world.

Deng’s reforms in the 1980s certainly surprised the rest of the world. He seemed to have abandoned communism altogether while proclaiming that “To get rich is glorious!” The Chinese economy took off, producing cheap goods that western markets loved and buying products from other countries in growing quantities. Surely, we thought, this new consumer economy would lead to something like our own democracies.

I thought so when I taught in Guangzhou in 1983, and young Communist Party princelings in my classes were exploring exotic ideas like Christianity. Their Chinese profs were teaching them George Orwell’s Politics and the English Language, a classic demolition of totalitarian propaganda.

An offer we couldn’t refuse

But the 1989 Tiananmen Square massacre put an end to that kind of exploration, and the party made a bargain with its people and with the world: get rich, travel abroad, but neither Chinese citizens or other countries should try to change the system. 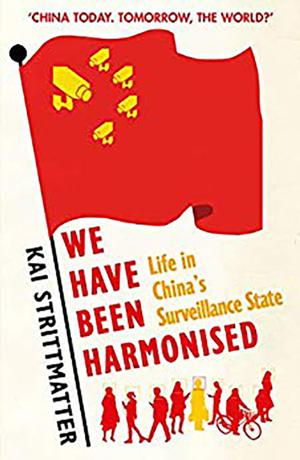 That bargain seemed to work. As Strittmatter notes, Tiananmen Square has been erased from history and memory. Meanwhile, the rest of the world found continued trade with China an offer they couldn’t refuse.

China carried on as the world’s newest consumer society, while the Soviets imploded and the West enjoyed a decade of idle triumphalism. The Chinese fell in love with the Internet, which must have caused some anxiety in the party. People were complaining online, and finding kindred souls. Newspapers were digging up corruption stories. Bloggers acquired up to five million followers. Kids were finding tunnels under the “Great Firewall of China” and reading western news.

Xi Jinping put an end to that. By the time he became president in 2013, he and the party had acquired an understanding of the net that still eludes their western counterparts. Using the old Chinese principle of “killing the chicken to scare the monkeys” — making an example of one person to deter others — they shut down the biggest bloggers. Everyone else took the hint.

They were doing a lot more. As Strittmatter understands, totalitarian states don’t care if you believe their lies; they don’t want you to believe anything, or trust anyone. The “collective” is composed of atomized individuals who don’t dare share their opinions, even with family members or old friends. Anyone who does form alliances with others is automatically a threat to the state. And the state’s new goal is to “harmonize” society by suppressing criticism and dissent.

So China provides an Internet that’s a walled garden, full of pop entertainment and online bargains, and almost no one ventures outside the garden even when they get the chance. They’re not scared; they’re just not interested.

Beijing is in love with artificial intelligence, and especially with its ability to recognize faces. Almost everyone in China, and everyone who’s visited China in recent years, is now in a vast database, and a wanted individual can be spotted amid a crowd of thousands. Phone apps used by hundreds of millions can track their owners’ locations within a metre or two, and their email and web histories are fully known to the Public Security Bureau.

Not your grandpa’s Social Credit

This capacity has led to Xi’s “Social Credit” system, which means something a lot different from the old Canadian Social Credit party. It’s like a company loyalty program. If the state sees you doing something it approves of, you get points. If it doesn’t approve, you lose points. Build up enough social credit, and you can book a ticket on a bullet train to Lhasa. Lose too much credit, and you’re lucky to get a third-class seat on a train to nowhere.

This is the old western principle of subsidize what you want more of, and tax what you want less of, and it’s an attractive idea: at last the slobs who toss their empty beer cans in your yard will pay for it. But in China the party defines the law, and if it sees you roll your eyes at the president’s latest speech, it may choose to make an example of you.

Chinese surveillance systems are so good that autocratic countries around the world are buying them. Meanwhile our tech giants are refining their own surveillance methods while also making deals with China. (Google is said to be designing a China-only search engine that accommodates the state’s censorship goals.)

Getting rich is perilous as well as glorious. The party is quite prepared to make an example of Chinese billionaires as well as ordinary citizens. Immensely powerful party officials and corporate bosses are routinely arrested and jailed, just as Mao imprisoned and killed his own closest comrades as suddenly exposed “capitalist roaders.” (This could explain some of Vancouver’s empty luxury homes: their owners may have bought hideaways for themselves and their families.)

Xi is actively promoting a new role for China as the friend and protector of countries around the world. China sent fully-equipped clinics to help fight the West African Ebola outbreak, and is a major market for many Latin American nations. A Chinese corporation bought Greece’s decrepit Piraeus harbour and turned it into a major European port — part of China’s new Belt and Road trade system. Chinese technology can compete with the best of Silicon Valley.

Chinese corporations are effectively state agencies, something Canada does not seem to understand. So when the Americans asked us to arrest Meng Wanzhou, Huawei’s CFO and daughter of its founder, we interfered with the Chinese state. And that made Canada the next dead chicken. 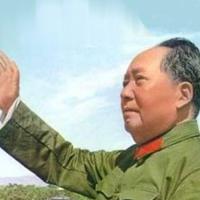 Strittmatter argues that Xi is now promoting a “China dream” to compete worldwide with a fading “western dream” of democratic government. After all, the democratic West has lost the plot since 2001: futile wars in Afghanistan and Iraq, bombing Libya into chaos, more chaos in the Horn of Africa, and the rejection of hundreds of thousands of refugees from sub-Saharan Africa, the Middle East and Latin America.

The European Union is trying to hold itself together against the attacks of Hungary and other eastern EU members. Britain is imploding under the stress of Brexit. Brazil is ruled by a fascist, and so, arguably, is the United States. The democracies that won the Second World War seem to be past their best-before date. China offers prosperity, surveillance and an orderly, “harmonized” social model.

Strittmatter has no specific advice for Canada, but his book implies that Xi’s China is not our only option. Taiwan and Hong Kong show that Chinese societies can be perfectly comfortable with democratic government. Perhaps we could improve relations with Taiwan, even if Beijing gets even angrier with us. And Hong Kong, with its 300,000 Canadian citizens, is a bigger Canadian city than Victoria or Windsor. 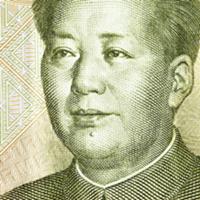 But we’d certainly pay a price: blacklisted from the Chinese market, unable to buy much from China and losing thousands of Chinese international students that our colleges and universities depend on.

Our best bet may simply be to wait out the current regime. As Benjamin Disraeli wisely observed, “While there is death, there is hope.” And the Xi government is only six years old. Let the economy falter, or Chinese workers decide to demand better wages, and Xi could spend his sunset years under comfortable house arrest in the Beijing suburbs, while someone else improvised a new China with democratic characteristics.

That would be the most formidable China of all — over a billion people deciding for themselves how to run their lives and deal with the rest of the world. Their sheer size and wealth would make them dangerous enemies, but very valuable friends to those who help them succeed in becoming what they democratically choose to be.