Our eyes are poorly designed. The optic nerves that connect them to the brain require a gap in the light sensors that line the back of each eyeball. The nerve creates a blind spot but, as Ziya Tong observes, “our brain compensates for the emptiness, and with our own perceptual version of Photoshop it even fills in the right background colour. Our blind spots are perfectly camouflaged. We are blind to our blindness.”

We are also richly endowed with metaphorical blind spots, which enable us to deceive ourselves even about what can see perfectly well.

Tong, a very experienced science communicator, was the co-host of the Discovery Channel’s Daily Planet for a decade. Her book, The Reality Bubble, illustrates its argument. It begins with interesting little factoids. Your face is crawling with tiny eight-legged mites; the alarm barks of prairie dogs, analyzed by computer, reveal “words” defining the nature of the threat: coyote, hawk, tall guy in a blue shirt. We may keep consuming such factoids like salted peanuts and begin to lose the point of them.

But Tong uses every factoid to back up her thesis. We never knew about the mites until the microscope let us examine ourselves up close and very personal. We thought we were the only language users until we used computers that could detect every nuance in a prairie dog’s bark. Our unaided senses operate in a very narrow spectrum, and the “real world” we perceive is just a reconstruction in our brains of electromagnetic and sound waves that impinge on our eyes and ears. 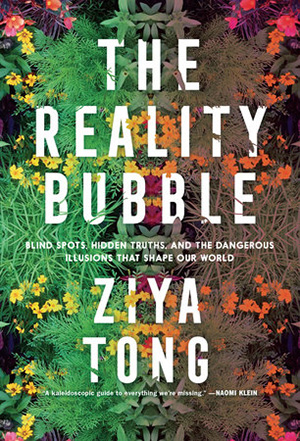 Blind spots aren’t just physical. Leeuwenhoek developed the microscope in the 17th century, and promptly discovered microscopic life. It took two more centuries until Louis Pasteur identified microbes as causes of disease, and another century before we began to realize that not all “germs” are bad: most help keep us alive and healthy.

Tong writes that we can be blind to the obvious individually, and as a society.

Here’s a curious fact to consider: in the 21st century, there are cameras everywhere — except where our food comes from, where our energy comes from, and where our waste goes. How is it, then, that the most powerful species on the planet is blind to how it survives?

Tong describes the Haber-Bosch process as “the greatest invention no has ever heard of.” It’s a way to create nitrate fertilizer out of thin air, and it was developed when guano supplies began to run out at the beginning of the 20th century. Without it, Tong says, “half the people on the planet would not be alive today.” What’s more, nitrogen is a major component of your DNA, and half of it was created in a Haber-Bosch factory.

But the more people we feed with nitrate fertilizers, the more babies they make who also need to be fed — 83 million a year. And fertilizers let us produce so much food that we waste about a third of it. In the process, we fill the rivers and seas with wasted fertilizer, feeding algae that create oxygen-free dead zones over wide stretches of the sea bottom.

Just creating nitrogen fertilizer, Tong says, “uses up almost two per cent of the world’s energy supply.” And for every metric tonne of ammonia created, two metric tonnes of carbon dioxide are released into the atmosphere.

Meanwhile, we’re also redesigning chickens and slaughtering them by the billions every year. Millions of cows are impregnated without ever encountering a bull. Farmed salmon have grey flesh, which is dyed a suitable shade of pink by “colour finishing;” egg yolks are coloured in a similar manner. If we could see how we are provided with animal protein, we might well choose to live on lentils and beans instead.

“Scientists have found that our brains will shut down information that doesn’t make us feel good, or that causes us stress, which is one reason why we tune out suffering,” Tong writes.

Tong describes how a Canadian researcher tested the health of soil by burying men’s cotton underwear in it for a month. It’s 99-per-cent cellulose, and in healthy soil microbes will happily eat it.

But in a typically over-fertilized and farmed field, you could retrieve your shorts after a month, wash them, and wear them.

We’re equally blind to the energy we use. Gasoline, Tong tells us, used to be a byproduct of kerosene distillation, and it was dumped in rivers until the automobile came along. Now we rarely even see the stuff we pay outrageous prices for. The price might not seem so high if we knew that “23 metric tons of prehistoric life goes into every litre of gasoline.”

Perhaps the most disturbing blind spots are those that Tong calls “civilizational.” We have changed our very concepts of time and space, ensuring that Newfoundland and Labrador will always be half an hour out of step with the Maritimes and that the U.S.-Canadian border is still the Medicine Line, where laws change suddenly. We grant landowners power that we deny to non-owners: in the 18th century, landowners cleared the Scottish Highlands of tenant farmers because raising sheep was more profitable. Canada’s history would have been very different without those clearances.

Preparing for life as a robot

It would be equally different if we hadn’t divided up the country into time zones and taught our children the virtue of punctuality, preparing them for a robotic life run on a strict and unchangeable schedule. The kids can check the time on their smartphones, which also report on the kids’ whereabouts and activities. This information is useful for advertisers, employers and governments alike, creating a new surveillance state in which those surveilled happily give up any pretense of privacy.

China has already lapped the West in surveillance powered by artificial intelligence, but our governments and tech corporations seem eager to rise to the challenge. China has “social credit scores,” which determine whether, for example, you can get your kids into good schools, borrow money or even buy airline or train tickets. We can doubtless improve on that by some kind of “loyalty’ program delivering similar results for good behaviour and the right purchases. 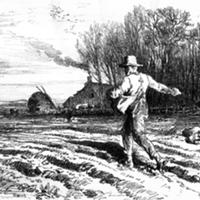 Can Humanity Get Out of Its Latest ‘Progress Trap’?

Our blind spots, Tong argues, even lead us to deny what we can see. She cites research showing that three-quarters of any group will agree, at least some of the time, with the group’s collective decisions and beliefs: “The 25 per cent that refuse to conform, that refuse to be blindly ruled, are why we are subject to ever-growing surveillance.”

In effect, we have created a worldwide game of “let’s pretend,” in which we pretend that time and space are property, that natural laws do not apply to us, that we can endlessly produce and consume without consequences, and that the failures of past civilizations are of no concern because history begins with us.

Tong concludes her book with one more factoid, the odds against any of us being born. “The chances of you, in particular, being here... works out to about one in four hundred quadrillion.” And that depends on the same odds against each of your ancestors going back over 150,000 generations.

“Think about that,” she says. “In the grand scheme of reality, you have arrived on Earth, at the right place, at the right time, only to appear exactly on the eve of the planetary apocalypse?”

And to make your situation even stranger, Ziya Tong has done her considerable best to make you see the blind spots that put you there.