Ty Long rubs his palms on his black and burnt-orange tights, looks up at the goalposts and then at his holder. He nods, clasps his hands, swings them twice, and jogs in place as some 20,000 fans roar their support.

He prepares to launch the football with his right foot, imagines it flying straight through the uprights. It’s a critical 39-yard kick in overtime to keep the BC Lions’ playoff hopes alive.

He doesn’t allow himself to think about the fact that, in a matter of seconds, he will either be carried off the field on the shoulders of his teammates or facing a chorus of boos, insults and social media abuse from fans. Nor does he sweat the fact that the jobs of coaches and teammates are on the line.

In almost every football game — including this Sunday’s Super Bowl — kickers have the chance to become heroes or scapegoats.

And in this age of social media, viral vilification can be quick, fierce and widespread.

Take Chicago Bears kicker Cody Parkey, Long’s former training partner. On Jan. 6, Parkey had a chance to give the Bears their first playoff victory in nine years by making a 43-yard field goal.

He didn’t. And the storm of abuse rained down fast and hard.

Other fans of the almost comically woeful team went farther. “I hope cody parkey gets the worst kind of disease and f-ing DIES slowly and painfully,” and, “I hope Cody Parkey’s house burns down and his whole family dies,” for another example.

But Long, who trained with Parkey in 2015 while attempting to earn a starting spot with the NFL’s Washington Redskins, says such threats don’t surprise him much anymore.

“I want to word this the right way,” he says. “I don’t want this to be taken out of context.”

“There are some fans out there who don’t have any knowledge of anything, or context of anything,” he said. That small group are the ones behind the abuse, he said.

Kickers are easy to blame. They look like us. While we really can’t imagine crashing around like a 280-pound tackle or throwing the ball like a quarterback, we can imagine making those critical kicks.

We wouldn’t, of course. One Chicago brewery offered fans a free trip to an NFL game of their choice if they could make the 43-yard kick that Parkey missed. Without thousands of screaming fans in a stadium, 101 people tried to make the kick — and all failed.

Kicked when they’re down

In the recent World Junior Hockey Championships in Vancouver and Victoria, Team Canada captain Maxime Comtois missed a penalty shot in overtime against Finland. He was ridiculed so harshly on his Instagram account that he released a statement about the online bullying.

“Cyber bullying is a real threat. No one should go through that,” wrote Comtois. “Let’s prevent it. If you are getting bullied or ever had been please speak up.” Comtois has since disabled the comment section on his Instagram account.

Russian tennis player Alla Kudryavtseva, after rupturing her Achilles tendon in 2016, wrote that she’ll “miss the competition but on the bright side I probably will be free of Social Media haters for 6-7 months!”

Closer to home, Vancouver tennis player Rebecca Marino retired from the sport in 2013 at 22, citing depression and social media abuse as the main factors in her decision. Two years earlier, she was ranked 38th in the world and seemed to be on the edge of being the next big thing in Canadian tennis.

Instead, she walked away from the spotlight and returned to Vancouver to spend a summer pouring concrete with her family’s construction company before becoming a tennis instructor and enrolling at UBC.

“With professional athletes, people put them on a pedestal sometimes and they forget that they’re actually a person still,” Marino told the New York Times just before her retirement. “They’ll say, ‘You gave that match away, you cost me such-and-such amount of money, you should go burn in hell’ — or ‘You should go die.’”

“There’s that saying, ‘Sticks and stones may break my bones, but names will never hurt me,’” Marino said. “But that’s not true. Names definitely hurt. Words hurt.” (Marino has since returned to the tennis circuit at the age of 28.)

These stories are all too familiar for Long, who has received his fair share of hate messages as a professional kicker.

“People are passionate and want their team to win, I get it. But that fans… shoot me messages on Instagram, Twitter, or somehow get my phone number, and send me hateful messages — people who go at it that way aren’t the real fans.”

Long has been successful in 82 of his 93 attempts since he joined the Lions in 2017 — an 88.2 per cent accuracy rating. But he’s still received terrifying messages from viewers across the league.

“I’ve been harassed by fans, and this and that, especially from other fans from Saskatchewan and Edmonton, until this day,” he said. Long, who has signed a futures contract with the NFL’s Los Angeles Chargers, says he’s still being harassed over kicks made early in the season.

Long says he doesn’t allow thoughts about potential social media abuse to creep into his head while he’s on the field, but wouldn’t be surprised if they affected others.

“I’m sure for some guys it’s in their minds, but for me as a player, I… don’t think of anything like that. I’m just focusing on my job. At the end of it, at the ends of games when everything is done, it’s habit, man. It’s what we do. We hop on Instagram, we hop on Twitter, and then you’re gonna see it.”

Back on the field

Inside BC Place on that late-September night, as the Hamilton Tiger-Cats jump and wave their arms, charging in to block the kick, Long takes three steps and drives the ball. Players slow down and glimpse its trajectory; fans close their eyes and hope. It’s a moment of internal silence he says only kickers can explain.

“As a kicker, you sort of get a feel for the game and how it’s going,” says Long, four months later. “I thought it was going to come down to a game winner in regular time, not overtime, and I was ready for it. I was excited. As a kicker, at this level, as long as you’ve been doing it, you dream of those moments.” 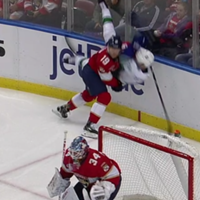 Long was ready. The ball sailed through the uprights, giving the Lions a 35-32 comeback victory over Hamilton. Teammates stormed the field to celebrate, fans cheered.

It was the biggest kick of Long’s career. And it could have easily turned into his worst moment had he missed, and social media amplified the abuse, insults and threats.

Long — like many athletes— believes in the importance of visualization, imagining the situation in advance and seeing a successful outcome. He credits it for helping him be prepared for those critical kicks and the pressure of fan reaction.

“You put yourself through those situations when you’re on the field, and it sort of gets yourself ready… you just want to get yourself in the mindset to get ready for those moments.”

Sport has the power to distance us from the doldrums in our own lives. But for many players, life can turn into a nightmare with one play.

Long hopes that Parkey’s case can serve as a lesson for the online community, a chance for fans to console, and not villainize, kickers or any other athlete.

“Overall, there needs to be more love in this world than hate. Instead of throwing stones, let’s try to find some good in some things.”