It is the summer of 1987. Everything is new. Film, food, and feelings — they all come in endless ribbons of flavour. When I first saw Tampopo I was 18, I was in love, and the world spun round and round, a giant bowl of new things to taste and experience. Movies were the vehicle to do it.

Juzo Itami’s film, first released in 1985, was one of the first major art house hits. Certain scenes became iconic almost instantly, like a gangster and his moll sliding an egg yolk back and forth between their open mouths like a bright yellow sex toy. Or the same gangster, in a different scene, cutting his lip on an oyster shell, and a bright red drop of blood falling into the still pulsing folds of the sea creature within.

Equating sex and food is a logical connection (we are all creatures of appetite), but at the time it seemed a revelation. Upon watching the film again, different things revealed themselves, namely that food is the vehicle through which we tend to each other. We feed the ones we love — tenderness, care, and compassion — all carried in a bowl of warm broth. This idea, marinated in humour and shot through with slivers of bittersweet pain, feels new all over again. The other thing I’d forgotten about the film was the plain old notion of human goodness. It ain’t fancy; it’s basic, humble and unassuming, but also resplendent in unexpected ways.

It is tempting to draw an immediate analogy between the film and ramen — the noodles, the broth, three slices of pork, and scallions for added piquancy. Tampopo is constructed in a similar fashion, with fatty chunks of story and a tangle of narrative noodles, all enlivened by bright spots of spice. One especially spicy bit concerns that sexy gangster and his girl. This is where Tampopo begins, with a posse of criminal types sauntering into a movie theatre in their white finery, ready to enjoy a champagne picnic. The man in the white suit and snappy fedora eyeballs us, the audience, and says, “You’re at the movies too, huh? Whatcha eating?” Before the fourth wall falls, you’re knee deep into the story, one scene folded inside another, like layers of mille-feuille pastry.

The primary narrative is that of a widow named Tampopo (Nobuko Miyamoto), who has inherited her husband’s failing ramen restaurant and is struggling to make a go of it. One night, a couple of long-distance truckers named Goro (Tsutomu Yamazaki) and Gun (Ken Watanabe) show up on her doorstep hungry for ramen. A gang of toughs, headed up by a drunken lout named Pisken, is already on scene abusing Tampopo and generally behaving like a-holes. A fight breaks out, and the next morning Goro and Gun wake up bruised and bandaged in Tampopo’s kitchen. She serves them breakfast and begs them for help to become a real ramen chef. So begins one of those curious convergences of fate and good fortune that I like to think of as “Seabiscuit stories,” wherein a group of unlikely folk comes together to create a miracle. The film borrows wildly from all kinds of different films, everything from Shane to Rocky, but it is inherently Japanese, right down to its references to salarymen and Karōshi.

The quest for the holy grail of ramen, with its Parsifalian overtones, first needs a group of roundtable knights. The recruitment of these helpers begins with the sensei of soup, an elderly hobo who once ran a noodle shop, and a chef who makes a living working for a rich man with arcane appetites. The final team member comes from a most unlikely direction. Pisken, the thug that caused Tampopo so much grief, is revealed to be not such a bad guy once he’s had some sense pounded into him by Goro. And so the team sets forth, armed with ambition and devoted to the sweetly adorable Tampopo and her young son.

Their quest involves stealing the best recipes from other restaurants, learning the intricate art of taking orders, and fashioning a welcoming atmosphere that draws in and keeps a loyal cliental. Alongside Tampopo’s story, a confection of scenes wander along, one bumping into the other with nary an introduction — a woman rises from her deathbed to make her family one final meal, a junior executive shows up his seniors at a fancy French restaurant by going off script and ordering a splendiferous meal. These charming and very funny amuse-bouches add flavour and the occasional bit of loopy weirdness. Like putting wasabi on things, it adds a certain electric frisson to the action. But the most affecting scenes are still the simplest, such as a small sequence where a hobo makes an omelet of rice and egg with a skill and acuity that could make you cry.

The film takes its sweet time, circling back to Tampopo’s quest for the perfect bowl of soup. As she begins to grow in experience and resourcefulness, a series of unforeseen things comes together. Love gently rises, like soft bread. The budding romance of Goro and Tampopo is so delicately handled that it almost sneaks up on you. When Tampopo undergoes a makeover in time for her shop’s grand opening, the camera lingers long on the look of shock and surprise in Goro’s eyes. Nothing else is needed. Everything is there. Love is like that, it hits you like a shovel to the back of the head. CLANG!! Down you go.

At the time of the film’s arrival in the mid-1980s, the notion that food was deserving of the same attention, as well as lighting, that might be dedicated to a Hollywood star was decidedly novel. In our modern era where food porn has become ubiquitous to the point of exhaustion, is there anything that Tampopo can offer? I am happy to report that the film still works. The scene where our eponymous heroine plunks down bowls of ramen for her team of experts to judge, set to the martial blasts of Liszt’s “Les preludes,” with its ringing ode to victory on the battlefield, is still hugely rewarding. I challenge you to come away unaffected by this moment of hard-fought, well-earned triumph. 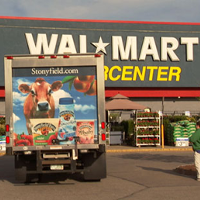 In the end, Tampopo is rewarded not with romantic love, but a greater sense of self. In her chef hat and crisp apron, she is a shining portrait of resilience and good cheer, resolute and sweetly indomitable. A woman discovers her purpose. A man falls in love. A kid learns to fight back. And everybody gets a good bowl of soup out of the situation. What’s not to love? The team disperses, heading back to their ordinary lives, their shared moment now over. As the credits roll, the camera spirals over the city and slowly settles on a park where a mother is breastfeeding her baby. And so it begins anew, the great human drama of feeding and eating.

Tampopo opens at the Cinematheque in Vancouver on Jan. 26. In preparation, I would suggest you scout out the quickest route to the nearest ramen place. (Vancouver is replete with them at the moment.) In celebration of the film’s sweetness and flavour, as well its dedication to disruption (goodbye fourth wall!), it makes sense to taste what is happening on screen as well as off. Life and love, and film, like a good bowl of ramen, should be drained right down to the last drop.