Considering all it’s been through, the BC Teachers’ Federation looks pretty darn good for 100.

Over the past century, the federation has taken (and given) a lot of hits in the name of its members. But the union has always been about more than behind-doors battles over class sizes. A brief look through its archives reveal how often the BCTF was ahead of its time, from labour leadership to issues of equality and social justice.

And with its 100th anniversary rapidly approaching, the federation is opening up those archives for a unique centennial project: a digital museum featuring themed “rooms,” a fully searchable database and more than a century of digitized publications.

“Typically what organizations do when they’re celebrating 100 years is commission a book,” notes Larry Kuehn, the BCTF’s head of research. “But we wanted to explore the advantages of the media we have access to. And unlike a book, this is something we can keep adding to. It will help keep it alive in the long-term. In the future, we’ll be able to write our history as we go.”

While the site is a work in progress, it’s already a treasure trove of fascinating tidbits from throughout public education’s history (an article insisting that rural schoolchildren be tested on the smell of leaves and bark is a particular favourite). So, with one eye on the past and a glass of celebratory champagne in hand, The Tyee invites you to take a look back at some of the biggest moments in BCTF history.

Thanks to the Public Schools Act of 1872, turn-of-the-century teachers had very few rights. They had no say in the formation of education policy, no power to manage schools, and very little bargaining power. Salaries were dictated by school boards, and in some cases (notably Victoria in the late 1800s), teachers weren’t paid at all. To make matters worse, they were spread out over 744 individual school districts, and only came together to discuss curriculum concerns every other year at conferences organized by “teachers' institutes” — organizations that were far from independent.

“They were essentially organizations that dealt with education,” Kuehn explains, “but they included everybody: the superintendent, representatives from the ministry. It wasn’t a place that teachers could articulate their own perspective.”

Born out of a meeting held at Sir William Dawson School on Oct. 28, 1916, the BCTF was the first organization of its kind in Canada, providing the province’s educators with an independent, collective voice, regardless of race or gender (unusually for the time, membership in the BCTF was open to anyone).

While it was initially focused on expanding membership and setting a minimum provincial salary, the values established in those early meetings remain consistent to this day: “to foster and promote the cause of education in British Columbia”; to “raise the status of the teaching profession in British Columbia” and “to promote the welfare of the teachers of British Columbia.” The federation held its first annual general meeting in January 1917 (other provinces quickly followed suit), laying the groundwork for an organization that has consistently gone to bat for teachers for more than 100 years.

What: An evening event exploring innovations and challenges in B.C. classrooms

“The formation of the federation was a radical departure inasmuch as it was a type of teachers’ organization entirely new in Canada,” wrote Harry Charlesworth (the BCTF’s first president), in a 1937 issue of The BC Teacher. “It was an organization of the teachers, by the teachers, for the teachers. It was entirely free from control or influence by Department of Education officials, school board officials or any other body.”

Despite the federation’s lofty goals, little had changed by 1919. And while its membership was growing, progress was painfully slow. Collective bargaining didn’t yet exist. Teachers were excluded from curriculum development. There were no provisions for sick time, maternity leave or preparation. And salaries were still lagging far behind those of many other professions, even those that required similar training.

“At the present day one can scarcely glance through any paper or periodical without finding somewhere in its columns an eloquent appreciation of the supreme value of education to the community,” Harry Charlesworth wrote in a 1919 edition of The Educator of Canada. “Now these statements are undoubtedly true and the people who make them are no doubt perfectly sincere in so doing, but let us examine a few concrete facts, in order that we may find just how far this noble view of education is translated into practice.”

Finally, in 1919, frustrations boiled over and 178 Victoria teachers walked off the job, touching off the first teachers’ strike in the British Empire. It was a job action that established a framework for bargaining that would remain in place for almost 70 years — arbitration.

“Third-party arbitration was quite significant,” Kuehn notes, “because that became the form that bargaining took for decades — all the way until 1988. That strike produced the system that operated every year. Before that, it was basically what we used to jokingly call ‘collective begging.’”

Although the strike lasted only two days, its effects would be felt for decades. The provincial secretary — then responsible for educational matters — was replaced by a dedicated Ministry of Education. A second strike (in New Westminster in 1921) resulted in substantial gains for teachers. The arbitration process was voluntary at first. In 1939, it became binding.

3. The Status of Women report

In the B.C. of the early 1970s, men and women were still far from being considered equals, even within the world of education. While equal salaries for male and female teachers had been mandated in the mid-1950s, and the BCTF itself had elected its first female president in 1954, women still faced discrimination within the profession: they were required to wear skirts and dresses on the job, to provide a marriage certificate prior to hiring, and to quit if they ever became pregnant. And as Kuehn recalls, in 1973 when the BCTF-created Status of Women task force tabled its report, it was met with laughter and sexist remarks.

“It was terrible,” he muses. “Women were insisting on having an important role in the organization, and that was threatening to the largely male leadership. At the time, even though the makeup of the teaching force was about 50/50, the leadership in the union was almost entirely male, particularly at the provincial level.”

Despite the negative response, the task force’s report was the beginning of a broader change within the teaching community. The report itself contained 46 recommendations, among them equal opportunity hiring, the elimination of the female dress code, and an end to gender-separated staff rooms.

Many of the report’s authors went on to prominent positions within the BCTF, including Dorothy Glass (later the first female superintendent), Linda Shuto (the BCTF’s first Status of Women co-ordinator) and Gale Neuberger (member of the executive committee, and later assistant director of the professional development department). 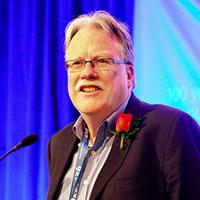 Cheers to BC's Teachers, for 100 Years of Wealth Creation

According to Kuehn, the changes they helped bring about were not only necessary, they were inevitable, and have served to bring more women into the profession than ever before.

From the BCTF’s earliest days, education has always been considered a values-based undertaking. And as times have changed, the federation has periodically reassessed those values, a process which, in 2003, gave birth to the Charter for Public Education.

“Public Education is a sacred trust,” it reads. “As a community we promise to prepare learners for a socially responsible life in a free and democratic society, to participate in a world that each generation will shape and build.... Everyone has a right to a free, quality public education.”

The charter was published following months of consultation in communities all over British Columbia, with the panel hearing from thousands of people — educators and members of the public — and considering more than 600 written submissions. And for Kuehn, the values the charter adheres to — safety, respect, a nurturing environment, social responsibility and critical thinking — are the basis for the BCTF’s future, ideas that will keep the organization unified well into the next 100 years.

“The charter is, in essence, a statement of values,” Kuehn explains. “Historically, there have been two important documents of that kind. The first was in 1968, and it was called ‘Involvement: The Key to Better Education.’ A BCTF commission went around the province and held hearings to talk about the direction of public education. The charter was the second of those. And both documents are important in helping to define not just the organization’s values, but how those values translate into education.”

What: An evening event exploring innovations and challenges in B.C. classrooms