Nomadic Gestures, a mid-career retrospective of the films of Kelly Reichardt, launched Thursday and runs until May 23 at the Cinematheque in Vancouver. 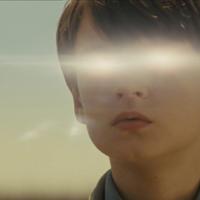 Get Your Creep On with 'Midnight Special'

When River debuted at the Sundance Film Festival, many hailed the emergence of a new American voice in cinema -- though Kevin Smith (then the king of lo-fi) said it looked like it was made with postage stamps. Leaving aside that rather a-hole comment, the film was a minor hit.

But for the next 12 years, Reichardt struggled to finance another feature, couchsurfing in friends' apartments, taking teaching gigs, and making a few short films.

It wasn't until Old Joy in 2006 that she broke through again although many new fans mistakenly lauded the confident power of her supposed ''debut'' feature.

All of that is now cinema lore. Reichardt has been called ''one of the few masters now working in American independent film.'' She is a consummate storyteller and a filmmaker who combines art with subtle and nuanced politics.

But more importantly, the woman has sand, meaning the necessary grit and determination to keep making work in her own deeply individual and idiosyncratic fashion. It is a true joy to see her work collected and celebrated at the Cinematheque.

Reichardt deserves some props for making films that are as singular in their narrative techniques as in their cinematic construction.

She is a master of the long shot, often letting characters move at a deliberate pace through the frame. As Raymond, her frequent collaborator, noted at a recent screening of Old Joy, ''These shots allow you time to have a thought.'' Measured, calm, and quiet, they take place on a human scale.

Nowhere is this quality more apparent than in Meek's Cutoff, a film that often feels like it is playing out in real time. But never was monotony more riveting to witness.

The story is simple. A group of would-be homesteaders sets off along the Oregon Trail, following an entirely unreliable guide. The narrative is loosely based on a real incident in which 23 people lost their lives following a man named Steven Meek who had no idea where he was going. (The film was made during the height of the Bush-era in the U.S. Do with that what you will.)

As the lost pioneers march across the desert, the creaking wheels of their heavily laden wagons sing a sad chorus of despair. Certainly, the film is grim in many ways, but there is also great, almost astonishing, beauty: from the bleak majesty of the Oregon desert to the waft and flow of the women's dresses, faded pink, green and orange, as they move through the landscape like wilted flowers. After a spell, it becomes impossible to look away from the blunt struggle for survival.

There are many recurring motifs in Reichardt's work but none so persistent as the idea of being lost.

It is quite literal in many of her films. In River of Grass, it's a lost gun that sets in motion a chain of events. In Old Joy, two friends Mark and Kurt wander through the forest searching for the fabled Bagby Hot Springs. The pioneer families in Meek's Cutoff are cut adrift from all landmarks and doomed to follow an epic bullshitter and braggart. In Wendy and Lucy, it is a lost dog that creates a minor tragedy. In Night Moves, one character says to the other, ''You gotta get real lost now, get real lost and stay lost.'' Which is exactly what happens.

It's easy to take this notion a bit too far and talk about the loss of liberal ideals, those fading and vanishing American values. Certainly that is present. But being lost is also a state that allows for a search, a quest to find your way home again.

Or, in Reichardt's first film, to get the hell out of town at last.

Choices take lives off the rails

I hadn't seen River of Grass before, and it is distinctly different from her later work. Set in a rotting section of South Florida and possessed of a kinetic, jazzy energy, not to mention the deeply unsettling figure of Larry Fessenden, it is a glorious ode to B-movies and the Nouvelle Vague.

Fessenden, bare-chested, single-toothed, and sporting an epic mullet atop his high forehead, plays Lee Ray Harold, a Florida low-life who lives with his grandma. When Lee meets Cozy, a lonely woman with two little kids and a snoozer husband, the stage is set for drama. Or is it?

The entrance of a gun (the property of Cozy's jazz-drummer police detective father) sets in motion a sequence of events. But nothing is quite what you expect. The odd rhythm of things keeps you off-balance, a little like the percussive score that infuses the story with a dizzy propulsive force that is weirdly gleeful in its own bleak fashion.

The film wears its influences on its sleeve, and that's okay. Anyone who came of age in the '80s will take one whiff and get misty over the Jarmuschian, Malickian, Godardian aroma of it all.

Re-watching all of Reichardt's films, what jumped out was the idea of choices made and their unavoidable consequences.

There is often no escape for the people in these films. They are trapped, cut off by poverty and desperation, unable to leave town, or they find themselves inside prisons of loss and loneliness of their own making.

But in this hard-bitten world are also beauty, kindness, and courage. You see them in the small acts of generosity in Wendy and Lucy, or the flinty resolution of the characters in Meek's Cutoff who just keep going, trudging endlessly across the desert in their gingham dresses and heavy bonnets.

Sometimes, of course, the choices are not the best. In Night Moves, would-be eco terrorists' plan to blow up a dam, with terrible consequences. With each subsequent bad decision, things get worse until there is only one way left.

Reichardt's films are political as much as character-driven. The delicate balance between these two energies is never overplayed or didactic. The big ideas never get in the way of the story itself, but sink in, and almost disappear.

Much of this Reichardt attributes to working with her writing partner Raymond. But there is something more contrary going on. Call it an almost ornery determination to go against the flow, to make films that demand patience, stillness, and thought. In an era where filmmakers edit as if they were in a cocaine-induced frenzy and swivel the camera at the slightest excuse, this dedication to purposeful slow storytelling feels practically revolutionary.

Back to Ms. Reichardt. In many interviews, she talks about the critical scouting process, about how driving around the country away from your ordinary life, in that in-between place, is essential.

During the scouting process for Wendy and Lucy, while looking for exactly the right Walgreens parking lot, she met a woman with a blown car tire, stranded with no money and no prospect of help.

The experience led to an understanding of what Wendy and Lucy was really about. Namely, what is your responsibility to other humans, and what does the grinding, constant humiliation of poverty do to the human spirit?

Happenstance and serendipity imbue Reichardt's work with precise, idiosyncratic detail that feels almost like documentary. In this, her films reminded me of another American filmmaker/cinematographer, Kirsten Johnson (Cameraperson). The two women share a similar brand of American humanism: plainspoken, humble, and honest. There is no excess, no stupid flourish, no hungry ego at work, only a dedication to the truth of the story.

What lingered most poignantly from my first viewing of the now 10-year-old Old Joy, was the impression that pain and joy are flip sides of the same coin: you can't know one without the other. The feeling became stronger with subsequent screenings.

The ineffable sadness of so much of human existence -- those we love passing on, the impossibility of holding onto the past and the fleeting, fragmentary beauty of the present -- is present throughout Reichardt's films, embodied in moments of transcendent beauty.

Whether it is a scene of the stunted, blasted tree in Meek's Cutoff, a long panning shot over a lineup of glorious cabbages veined with purple and green and rippling with life in Night Moves, or the lost gaze, freighted with need, of a man left behind in Old Joy, her images are singed into my brain like moments of grace.

It's the world contained in a single moment, or what one of the characters in Old Joy calls a giant teardrop of the universe, falling forever through space and time.