On winter afternoons in 2012, I would regularly take the 22 Macdonald bus up to near the end of its line in Dunbar-Southlands, where I worked part time at an education centre serving immigrant families in the neighbourhood. The students ranged in age from Grade 5 to 12, and they arrived in steady droves after school. Some would stay for hours, receiving academic tutoring as part of familial efforts to help them keep up and, ideally, excel at nearby public high schools like Prince of Wales and University Hill, or private schools like St. George's and Crofton House. 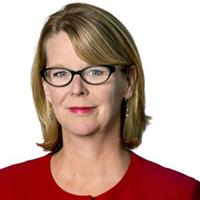 The students sought my help in English; many were struggling with English literature curricula designed for native speakers, of which they were not. I can only imagine, from my own growling stomach, how hungry they must have been in those hours. We would start work right after their daytime classes ended and push on into the night, well past dinner. "Please. Help my son. Help him do better," many strained mothers told me as they dropped them off at the centre. They seemed to be carrying a heavy burden.

I would learn, from their children, that many of those mothers were in Canada alone with their kids. Their husbands, meanwhile, were back in their home countries, working to finance their family's lives in Vancouver. It was lonely here.

Anxiously homesick, everyone looked forward to the winter holidays -- a break from school -- where there was time for intercontinental family reunion. Those breaks offered true relief from the puzzle of new life here in Vancouver, where the kids were constantly negotiating life in two worlds. They were acting as translators, advocates and administrative go-betweens for their families. Despite their constant late nights and hard work, they wondered why they seemed to always come up short. For many, school wasn't easy. So there we were, coming to grips with Byron, Shelley and Keats at 8 p.m. on Friday nights.

The students had material advantages. Their parents could pay for tutors. They lived in parts of Vancouver that have become outsized real-estate caricatures, spurring local journalists and researchers to investigate scandalous real estate techniques and the role of foreign capital in the local market.

While they may have been living in the west side homes impossibly coveted by so many, I also know that many of my visible minority students did not feel at home here.

They would look at me, at my face and eyes and hair that bear familial resemblance to their own. "But how is your English so good?" they'd implore. They would tell me about the eye surgery you could get to eliminate the pesky double-lid that make one's eyes seem smaller and, by extension, uglier by western standards. They'd speak of possible skin-whitening treatments to help people blend in, but how those were less popular than the eye surgeries.

Internalized racism is cultivated over a lifetime of people telling you you're not enough as you are. Those two cosmetic fixes are extreme, yet popular solutions to that chronic uneasiness.

Today I'm no longer working at the education centre, but I continue to witness the consequences of a Vancouver that continues to shut out and disrespect its non-white members. I see it now in my work as an instructor at the University of British Columbia. Nicknamed the "University of a Billion Chinese" and controversially notorious for its Asian student population, UBC is now home to a new, four-month-old online community called the UBC White Student Union.

Immigrant students express to me their doubts about bridging the murky chasm between their intellect and the society they find themselves struggling to stay afloat in. It's a society that feels hostile, confusing and unwelcoming.

Vancouver has notable material diversity. According to the 2011 National Household Survey, visible minorities comprise almost half, 45 per cent, of the city's population. But most everyone who lives here is painfully aware of the racist thinking that underscores everyday life. It makes itself known in complicated ways.

People whisper to me a popular, if unproven urban legend: that clothing from the local women's fashion boutique Aritzia is sized for tiny Asian women, not just people with smaller frames. I overhear conversations between would-be homebuyers about how they hope not to be the only non-Asians on the block. Young parents rush to enrol their kids in overflowing French immersion public school classes. A teacher friend tells me this is sometimes a tacit effort to increase the likelihood that their children's peers will come from English-speaking, university educated families.

Meanwhile, Vancouver's housing affordability crisis is drenched in racialized undertones that few people publicly acknowledge. One exception is UBC history professor Henry Yu, whose 2013 speech at a foreign investment panel discussion was recently republished on the Mainlander site in December.

Of Yu's home neighbourhood, Kitsilano, he said: "When the neighborhood shifts residents go, 'Oh shit, there's non-white people coming in.' When you've built a place around white supremacy, anything that destabilizes the status quo becomes abnormal and threatening." The UBC White Student Union is discussing this on Facebook as I write.

Vancouver's children of wealthy Chinese citizens, also known as the fuerdai, were popularized recently in the New Yorker, where one star of the reality TV show Ultra Rich Asian Girls of Vancouver whisks readers through her world of dizzying, outlandish luxury. The article contains thoughtful contributions from renowned Vancouver architect Bing Thom. "The city has become a hotel," he tells author Jiayang Fan. There are intriguing notes about the roots of capital migration from China.

But the article misses an opportunity to challenge us to go beyond what we, in Vancouver, are already too skilled at: gawking rapaciously at each other as part of efforts to understand who we are. This is evident, in equal parts, in some writers' problematic tendency towards Downtown Eastside gonzo journalism and, in the New Yorker's case, nouveau riche lifestyle anthropology. Both feed the narcissistic, voyeuristic tendency alive in all of us to verify our sense of self against the worst of what we see in others.

How we define ourselves stems in part from defining what we aren't. Reading gonzo journalism about residents of one of Vancouver's poorest neighbourhoods or lurid profiles of its most wealthy accomplish just that.

On social media, the New Yorker article has been circulated widely as so-called "essential reading" for all Vancouverites. But by reinforcing what we already think we know, the article does little to help us differently understand the city and the people who comprise it.

What we know is that most of us aren't living like the wealthy young people depicted in the article; most of us don't have their money. If these are the people occupying a housing market that fewer and fewer of us are able to find a foothold in, well, the thinking goes, we can -- should -- scorn them.

They're stealing our houses, they're filling our schools, they have untold wealth: I've heard all of these sentiments directed at people of Chinese descent, by far the most visible of visible minorities in Vancouver. Chinese folks represent nearly half of the city's total visible minority population.

Any strides towards equality for Chinese people in Vancouver are overshadowed by a public conversation full of resentment for the money they purportedly have too much of, money that's allowing people access to those nice west side homes, those good schools, and those cool clothes from Aritzia.

Yet we know this can't be true for all Chinese people in Vancouver. And when I wrote a series about that three years ago, commenters called me racist.

We know better. We know that money is no silver bullet solution to living a fulfilling life. It's no ticket through the elusive morass of social and cultural capital that allows people to truly feel at home in a city, to move freely within its geographical and social borders, and to contribute meaningfully in work, in life, and in community. Everywhere at UBC, I see students struggling through that.

Still, money talks, I guess. But our collective over-focus on consumption -- whether it has to do with our rapidly mushroom-clouding home prices or, relatedly, our constant fixation on everything we can't afford -- overshadows another, quieter truth.

The truth, it seems, is that for all its mountains-and-oceans beauty and high livability rankings, Vancouver ultimately has little to offer newcomers in the way of connection outside of what they can buy while they're here. We're so fixated on each other's purchasing potential (or lack thereof) that we're losing sight of the humans behind each transaction. We suffer for it.