Animated films tend to get pigeonholed as entertainment for kiddies. This compartmentalizing into Pixar and Disney stuff is unfair, as some of the most profound and profoundly beautiful films this year were drawn and painted and even made out of puppets. Inside Out garnered the lion's share of attention from critics. That’s fine; it was entertaining and thoughtful enough. But there were a few other films that reminded me that animation can do things that live action, whether it's narrative or documentary, simply can't do. I'm talking about getting down into the deeper layers and illustrating bone-hard truth. 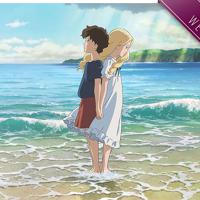 Summer, Magic, Glow: 'When Marnie Was There'

But even that doesn't quite explain the impact of certain films. Animators like Yuri Norstein (Tale of Tales) or Hayao Miyazaki (Spirited Away) make films that insinuate themselves on a spiritual level. Maybe it's because animation takes us back to our very earliest experiences of image and story, combined in illustrated picture books and fairytales. Or maybe it's simply some alchemical process of line, form and colour. It feels like there is more direct line between the animated stories and our brains, perhaps because they remind us of our own dreams.

Director Alê Abreu's film Boy and the World is playing at the Vancity Theatre this week. I would urge you to take kith and kin to see it. The animation is lovely -- clean, pure and filled with aching, gorgeous colour. It is a deceptively simple story. A little boy lives with his parents in a pastoral paradise, filled with animals, music and colour. Clouds exist to be rolled around, flowers fill the sky, and the entire world is imploding in on itself like a perpetual motion machine of joy and love.

But one day, daddy packs a suitcase and leaves on a train. His son follows soon afterwards, searching for his missing parent. So begins a series of prismatic interlocking tales that spiral through an increasingly degraded world. This journey of boy into broken man is set against a portrait of modern-day industrialization and globalization. The unending ravages of capitalism, propped up by military machines, consumerism and exploitation of the natural world have created a universe of factories, container ships and garbage dumps. This makes the film sound rather grim and bleak. Yes, there is suffering and grief depicted, but there is something far greater, too.

Boy and the World achieves one singular thing, which is to make explicit just how crazy the world has become. The things we have lost and continue to lose (beauty, peace, family, dignity) are ranged against the things that we serve (greed, destruction and waste). Even the smallest kid would take one look at such a tradeoff and say, "That sucks." Indeed it does. But the film is not without hope, and where there is new life there is a little green sprout, fed and watered by a tiny hand, growing into something new.

On the opposite end of the expansive global view of Boy and the World is the closed and insular atmosphere of Anomalisa. Charlie Kaufman's sound play was reinvented as film featuring animated stop-motion puppets. If this gives you pause, any reservations should be quickly assuaged by the film's close attention to the details of the world it creates. It is deeply familiar -- a place of cheap flights, chain hotels, sad affairs and the endless gray disappointment of adult life. This makes it sound grim and dire. Which is true, but there is more here than meets the eye.

In Anomalisa, the everyman figure of Michael Stone (voiced by David Thewlis) is travelling to a conference in Cincinnati to promote his book on customer service called How May I Help You Help Them. From the start, things feel weird, slightly off. The cab driver, a seatmate in the plane… everyone conspires to seemingly irritate Michael Stone with their inane chatter and constant, cliché-ridden small talk.

The narrative is filled with Kaufmanesque inside jokes, such as the name of the hotel where Michael is staying: The Al Fregoli. The term Fregoli refers not only to Kaufman’s pen name but also to the Fregoli delusion, a condition where those afflicted imagine that everyone is the same person, taking on different disguises and aspects. All of the characters (with the exception of Michael) speak in the flattened monotone of Tom Noonan. This conceit becomes the aural equivalent of the muted brown wallpaper in the generic hotel rooms. It is mundanity in sound form.

Initially the details of the ordinary world -- the required call home, taking a pee, room service and getting ice are recreated in perfect detail and miniature puppet form, which has the effect of highlighting their deep and fundamental strangeness. Just below the surface, the wheels and cogs grind and catch. Stone's decision to look up an old girlfriend has unforeseen consequences, and before long the man is tumbling down into full-on middle-age crisis. The only thing that stops his fall is a singular creature named Lisa (given life by Jennifer Jason Leigh).

As Stone continues to unravel, moments of rare grace intermingle with the horror of the ordinary world. Lisa, the anomaly of the film's title, possesses a spark of life, and she is kind enough (or perhaps desperate enough) to share it with Stone. Their brief bit intimacy and tenderness, preceded by Cyndi Lauper's songs, features one of the most honest sex scenes I have seen in ages. Lumpen puppet bodies pocked with moles, grey hair and sagging potbellies are still capable of soaring ecstasy. (The sound design in this film is a masterpiece of Freudian angst, tempered by composer Carter Burwell's score.)

Anomalisa is one of those rare creatures that climbs inside your head and makes a cozy nest for itself. It won't budge, and leaves you peering inside your own skull to see what it is up to in there.