Get ready, hockey fans! Today marks the most exciting centennial celebration in local history. Break out the party hats and air horns, because it has been exactly a century since Vancouver won a Stanley Cup. 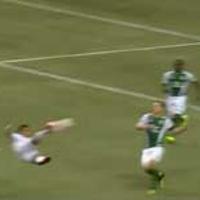 On the evening of March 26, 1915 (less than a year after the outbreak of the First World War), more than 5,000 eager spectators piled into the Denman Arena to watch the fledgling Vancouver Millionaires nab the city's first (and only) Stanley Cup, in a decisive 12-3 victory over the more established Ottawa Senators.

The win was historic; in addition to being the first official cup championship between east and west, it was also the first series to successfully implement the forward pass, a radical new maneuver that would change the game of hockey forever.

"There was a lot more on the line than just the Stanley Cup," explains hockey historian Craig Bowlsby, author of Empire of Ice and 1913: The Year They Invented The Future Of Hockey. "There was this new process called the forward pass, which everybody in the east hated. At the time, the [Millionaires] were considered crazy, these renegades who basically forced the eastern teams to play a few games using the forward pass. If the NHA had had their way, it would have died right there, and we would still be passing backwards or laterally. But it didn't."

Naturally, local newspapers lost their minds over the result.

"The victory last night of the Vancouver hockey team in annexing the world's title is historic in the annals of that whirlwind winter pastime," declared the Vancouver Daily World, "as it means that for the first time since the trophy was donated by Lord Stanley, governor general of Canada, 22 years ago, this vice-regal emblem of mundane superiority in the Canadian national winter sport will sojourn in the sunset doorway of the Dominion for a year at least."

The first cup is the deepest

The Vancouver that took home the Stanley Cup in spring 1915 was a vastly different place than the Vancouver of today. It was a city of fewer than 100,000 people. No condo towers cluttered the skyline (the tallest structure in town was the Dominion Building), and on local streets, horse and carriage was still the dominant mode of transportation.

In fact, Vancouver's win coincided with the widespread introduction of a number of new innovations, among them the automobile, the airplane, and the domestic refrigerator. Modern lipstick, a thrilling new invention, had just started appearing on department store shelves, and the first brassieres were providing for turn-of-the-century women what Millionaires defenceman Frank Patrick was providing for his team out on the ice.

Although Vancouver's Stanley Cup win (which occurred the same year as the first transcontinental telephone call) took just three games, with the series-winning goal scored scant minutes into the second period, the Millionaires' success had in no way been a sure thing.

The Senators were a formidable opponent. Among the founding members of the National Hockey Association, the precursor to the NHL, the Sens were also four-time cup champions and widely regarded as one of the best teams in the early history of the sport. Vancouver, on the other hand, was one of only three teams in the upstart Pacific Coast Hockey Association, founded four years earlier by brothers Frank and Lester Patrick.

The Patricks, both players and hockey enthusiasts who had made a fortune in the lumber business, attempted to even the odds as best they could -- by poaching the best NHA players they could get their hands on, including the legendary Fred "Cyclone" Taylor.

"When the Patricks first put together the PCHA, they were immediately hated by the National Hockey Association," Bowlsby explains. "They swore they were going to have the best league in the country, and so they went and stole all the best players from the NHA. So there was an enormous rivalry right from the start."

Cylone Taylor had fond memories of that era. "That Vancouver team of 1914-1915 was the finest in my experience, and I am sure one of the best of all time," he later recalled. "Every regular on that team that took us to the Stanley Cup series -- Si Griffis, Mickey Mackay, Frank Patrick, Barney Stanley, Hughie Lehman, Frank Nighbor and myself -- made the Hockey Hall of Fame. This has never happened to any other team."

Just as the Vancouver of 1915 was a vastly different place, the game of hockey was fundamentally different. For starters, there were no helmets and very little padding. Most players played for the entire 60 minutes, and in some cases if a player subbed out, they weren't permitted to return. Goaltenders were prohibited from diving for pucks or even touching their knees to the ice. Penalties often came with a cash fine.

"People even assaulted referees quite a bit," Bowlsby notes. "There was one particular game -- I think it was a Stanley Cup contest, actually -- between Montreal and Seattle. Newsy LaLonde didn't like the calls the ref was making, so he just swooped in when play was stopped and speared the ref in the groin. And he didn't even get sent off for it. I mean, the ref was lying on the ground, writhing in agony. But everyone just shrugged. It was all part of the game."

The most crucial difference in early hockey, however, was that the game was played backwards. Like in rugby football, offside rules forbade any movement of the puck that wasn't lateral or backward. To Edwardian hockey spectators, a forward pass would have been grotesque and unthinkable. Yet in 1913, the Patricks legalized the maneuver on centre ice, starting with a Nov. 1913 match between Vancouver and Victoria. The negative response was overwhelming.

"The forward pass is even more foolish in hockey than it is in football," griped a sports editor in the Dec. 3, 1913 edition of the Toronto Daily Star. "If the pros meddle with hockey long enough, they will certainly kill it."

"The freak offside rule introduced into the [Pacific league] for a trial turned out to be about what as expected," agreed the Ottawa Citizen, "a farce."

Even Si Griffis, captain of the Millionaires, claimed to hate it. Worst yet, the Patricks' first attempt to implement the forward pass outside of the Pacific Northwest had been an abject failure; in 1914, it was given a trial run in a two-game series between Victoria and Toronto, wherein Victoria was soundly beaten (the first game was played with the forward pass, the second without -- Victoria lost both).

"They failed completely to convince anyone that it was worthwhile, and they were laughed at," Bowlsby muses. "But Frank Patrick, who was really the guy was pushing this, said, 'No way. We're not giving up. We really want to prove that this is better.' So, they retooled the Vancouver Millionaires to work with the forward pass. He found guys who could use it properly, and he applied new tactics based on it."

Thanks to the Patricks' persistence, however, games in the 1915 cup series were allowed to alternate between western rules, which allowed the forward pass, and eastern rules, which didn't. By that point, the Millionaires were ready.

"This time Ottawa came to Vancouver, and it was totally the opposite," says Bowlsby. "The Millionaires just pounded Ottawa with their speed. All these puck transfers were just zooming past the Ottawa players, and they just couldn't deal with it. And Vancouver won three games in a landslide."

The Cup runneth over

Following the 1915 Stanley Cup, players and coaches began to warm to the new rule. Suddenly, the game moved much faster, requiring a different set of tactics. No longer could players congregate in slow-moving flotillas, attempting to dazzle the opposite team with intricate passing patterns. Teams needed more players, as those used to the old methods found themselves pushed beyond their level of fitness.

For the first time, the Vancouver Millionaires showed that the forward pass could be viable, and make for a much more exciting version of the sport. The local dailies spoke in approving tones, and finally, after years of resistance, the National Hockey Association adopted the "foolish" rule in 1918.

Yet despite the city's contribution to hockey history, and despite the city earning an NHL franchise in 1970, a Vancouver team hasn't managed to take home the trophy since. The Millionaires folded in 1926, along with the rest of the Pacific Coast Hockey Association. Meanwhile, fan cries of "Maybe next year" (an incantation invoked every season since the invention of the modern hand grenade) remain an annual tradition.

On the off chance this anniversary doesn't inspire celebration, don't despair. As it turns out, Vancouver does have one notable hockey achievement under its belt. We now hold the title for: Longest Gap Between Stanley Cup Wins of Any City in Canada (Except Winnipeg).