[Editor’s note: The decision by the CBC and other radio stations to ban the 1940s song “Baby It’s Cold Outside” comes after years of controversy over what is really being described in the lyrics. Shannon Rupp offered this interpretation originally published by The Tyee December 14, 2014.]

The annual onslaught of clumsy new covers of that hoary old tune "Baby, It's Cold Outside" have led me to the obvious conclusion: this is the Christmas Adultery Song. 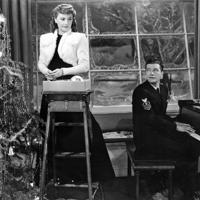 Put a Jingle on That: Why the Worst People Make the Best Christmas Movie Heroes

Think about it. You have two people who obviously want to sleep together but can't for some reason. In the 1940s, when the song first became a hit, pre-marital sex was a moral issue. But in the age of guilt-free hook-ups, what possible reason could there be for a couple to resist hopping into bed?

Cheating, of course. Being unfaithful is the last barrier to casual sex.

It's the only modern interpretation of the 1940's standard that makes any sense. And it certainly makes more sense than this year's ultra-creepy variation on the tune from Idina Menzel and Burnaby boy Michael Bublé. Is there anything more disturbing than adult voices coming out of the mouths of children?

These culturally illiterate versions of "Baby, It's Cold Outside" have been on the rise over the last six or seven years. The song has been given new life courtesy of tone-deaf critics thinking that it's "rape-y." One of those babytalk slang words that makes me feel positively kill-y, but I digress.

There's nothing like a little conflict to sell something, and the dimbulb outrage that has dubbed this the "Christmas date rape song" has also led to a resurgence in its popularity. Suddenly every homogenized pop star hoping to boost sales has added it to the obligatory Christmas album.

There are now so many spectacularly bad covers of this song that, while Googling to find you the worst one, I found a site that did a round-up of bad covers. They're not wrong -- the Travolta and Newton-John 2012 version is certainly a contender -- but they've barely scratched the surface.

How could they miss last year's awkward off-key version by Lady Gaga and Joseph Gordon-Levitt, which manages to be repulsive in every way possible?

I'm assuming all these musical disasters are the result of singers having no idea what the words mean, because "Baby, It's Cold Outside" is a revealing look at a world that was.

BABY, IT'S COLD OUTSIDE

I really can't stay - Baby it's cold outside

I've got to go away - Baby it's cold outside

This evening has been - Been hoping that you'd drop in

So very nice - I'll hold your hands, they're just like ice

My mother will start to worry - Beautiful, what's your hurry?

The neighbours might think - Baby, it's bad out there

Say, what's in this drink? - No cabs to be had out there

I wish I knew how - Your eyes are like starlight now

To break this spell - I'll take your hat, your hair looks swell

At least I'm gonna say that I tried - What's the sense in hurting my pride?

Ah, but it's cold outside

I've got to go home - Oh, baby, you'll freeze out there

Say, lend me your comb - It's up to your knees out there

You've really been grand - Thrill when you touch my hair

But don't you see - How can you do this thing to me?

I really can't stay - Get over that hold out

Ah, but it's cold outside

Oh, baby, it's cold outside

Oh, baby, it's cold outside

I simply must go - Baby, it's cold outside

The answer is no - Ooh darling, it's cold outside

This welcome has been - I'm lucky that you dropped in

So nice and warm - Look out the window at that storm

My sister will be suspicious - Man, your lips look delicious

My maiden aunt's mind is vicious - Gosh your lips are delicious

The 1940s song is about the flirtatious games couples played so they could pay lip service to moral standards. Officially, everyone frowned on unmarried couples having sex. Unofficially, about half of them were doing the wild thing without benefit of contract. A habit that also gave rise to the widespread popularity of engagement rings, another kind of contract, which had long been seen by the upper classes as a sort of down payment on nookie.

I know, I know: history is so much less romantic than retailers would have us believe.

Getting cultural history right matters. We can't figure out who we are, let alone where we're going, if we don't know where we came from. And one of the primary ways cultural history is preserved is through pop culture. Everything from movies and novels to pop songs and advertising tell us about who we really are at any given moment.

"Baby, It's Cold Outside" is particularly telling about the role of women in the era before the Pill arrived in 1960. There were huge risks for women having sex outside of marriage at a time when abortion was illegal and birth control was unreliable. "Nice girls" were not allowed to say yes to sex -- "yes" was only for designated sluts. So for the first half of the 20th century, everyone engaged in a kind of double-speak in which saying no could mean a variety of things, depending on the context.

That work-around turned out to be perilous for women when rapists used it as a legal defence. And that's what the second-wave feminist campaign "No Means No" was all about in the 1960s. Post-Pill women were free to say yes, and couples living together became common. So for the first time, no really did mean NO every time the word was uttered. But that wasn't true when the song was written in 1944.

The lyrics make it obvious the couple is colluding to create a cover story. There's a wink between the Wolf and Mouse -- the duet's official names -- when she warbles, "I ought to say no, no, no, sir/At least I'm going to say that I tried." It's a glimpse of the tale she plans to tell should the social scolds try to shame her later. Meanwhile, he provides plausible details for their cover story: snow up to her knees! No cabs! She could get pneumonia and die!

His arguments and her protests are a ritual, which is why they both sing the chorus, "Oh Baby, it's cold outside." It's a double-entendre. Society is a cold harsh place, but it's hot in here.

Scenarios for the modern cover

Critics hang all claims of the song's "rape-y-ness" on the Mouse's line, "Say, what's in this drink?" She's being drugged, they insist. Since a Mickey Finn, like a roofy, has no taste, this is actually another nod to the couple's cover story. Hard as it is to believe, people used to think being drunk was an acceptable excuse for doing something stupid or shameful.

The song has always lent itself to gender swaps in the roles and same-sex versions are cropping up. Glee's favourite gay couple Kurt and Blaine did a pleasant enough version, but again -- why are they resisting? What possible barrier could there be to them bumping uglies?

Which brings me back to why artists need to come up with some plausible reason for anyone to be singing this anachronism of a song in 2014.

So here are the possible scenarios in which a song about sexually willing partners who need to lie about their dalliance for moral reasons might make sense.

1. One or both members of the couple could be religious devotees of some sort. Nuns, priests, or one of each, who have made a vow of chastity. In this context, having sex would be very naughty indeed and might well require a lame cover story.

2. A friend suggested they could be Trinity Western students who have signed that no-sex covenant.

That's it. That's all I've got. If you have some other scenario that works, please post it as a public service to pop singers everywhere since clearly this song is not going away.

Until then, I'm calling all contemporary takes on the tune the Christmas Adultery Song.

In the meantime, here's this year’s "feminist approved" version of "Baby, It's Cold Outside" from comedians Dara Laine and Nate Larkin-Connolly.

They’re right. The only contemporary way to sing that 1940s song is not to sing it at all.