Canada Day is just around the corner, sadly a day too late to make it a three-day weekend for the bulk of us. When Tuesday comes, though, there's likely to be more than a few patriotic music fans set to either lounge around at home or hit the great outdoors while pumping a playlist full of homegrown artists. 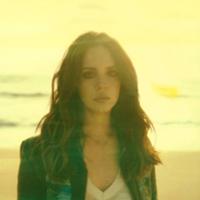 But where to begin? There are countless choice cuts to select out of the great Canadian songbook. Almost too many -- consider how one of our writers is still trying to pick his personal favourite crafted above the 49th parallel some two years after starting his audio journey.

However you go about it, have you considered sliding something brand new into the mix? We're not saying anyone needs to avoid spinning a triumphant Tragically Hip track, or completely skip over the catalogues of Leonard Cohen or Joni Mitchell, but the country's music scene is made up of more than the classics. Come to think of it, having hit the 10-month mark since its release, even contemporary Canadian rap sensation Drake's Nothing Was the Same LP is starting to, frankly, sound a little samey.

With dozens upon dozens of worthy domestic tunes having come down the pipeline the last few months alone, here are just a handful of possibilities to consider keeping you company this Canada Day.

"The Double" by Kestrels

Despite that title, Kestrels' new The Moon Is Shining Our Way, coincidentally due July 1 through Sonic Unyon, is a sun-cooked salute to the wobbling guitar dives and buried vocal tones of bands like My Bloody Valentine. Though you may want to make sure your iPhone isn't actually overheating itself as you're working the grill, the group's melancholic melodies are sure to melt you like a slice of Canadian cheddar on a well done burger patty.

"Sun Glass" by Fucked Up

Toronto's Fucked Up knows exactly how to relax while away from work, at least according to the music video for "Sun Glass." When hirsute lead screamer Damian Abraham and the rest of his crew aren't seen crushing out the pop-tinged hardcore song on stage, they're leisurely lapping up ice cream or sparking up joints beneath a crystal clear sky. Abraham might by choking on lines about how "the air is sweet with ignorance," but a mouth full of raspberry ripple and pot smoke will keep the anger at bay for just a little longer.

Even ignoring the dutiful band name, you can't get much more Canadian than supergroup Mounties. Comprising cabaret-influenced solo artist Hawksley Workman, Hot Hot Heat's Steve Bays and Limblifter's Ryan Dahle, the band is basically the indie rock version of walking into a Tim Hortons and ordering a Double-Double and a Canadian Maple with a pair of roll-up-the-rim-to-win coupons. Thrash Rock Legacy is a bit of a misleading album title, with the debut LP instead offering lakeside chill out tunes like the sparkling synth ballad "Tokyo Summer."

"Face Down" by White Lung

White Lung vocalist Mish Way may have moved from Vancouver down to L.A., but the band's recent and completely chaotic new LP Deep Fantasy was recorded back at home with B.C.-bred producer Jesse Gander. The whole album features Anne-Marie Vassiliou's whiplash drum beats, Kenneth William's frantic fretboard damage and some of Way's most personal and political lyrics, making for one of the strongest punk albums of 2014 nationwide and abroad. Some of our most beloved artists are ex-pats, and Way may have just added herself to the list.

"Can't Leave the Night" by Badbadnotgood

Unless you're ready to hit the hay on a maple leaf-adorned duvet after a full day of activities, Toronto jazzniks Badbadnotgood will keep the P.M. party going with the single "Can't Leave the Night." The trio fills the instrumental cut with cloudy electric piano work, '80s cinema-score synth oscillations and a solid backbeat. Sure, that doesn't sound decidedly Canadian, but the group's comedic video for the song has them sarcastically waving a maple syrup-coloured hundo around to show you how much of a budget they had for the clip. Self-deprecation may just be our nation's second favourite past time.