"A robot?" she shrieked in disbelief. 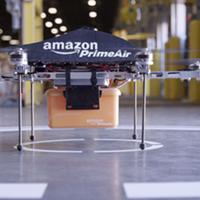 Don't Blame the Robots for Stealing Your Job

"Yes," I replied calmly. "My grandmother owns a talking robot."

My friend Anna was one of many people to react to my story this way: apparently talking robots aren't common to Canadians. But in Japan, where my 89-year old obaasan lives, a robot in the household wouldn't make you blink an eye.

A while back, my grandmother's fragile health -- a combination of back problems, severe loss of appetite and old age -- had become worrisome. When she slowly stopped interacting with others around her, my family's concern grew. We watched as she became more and more isolated in her own world. As weeks and months went by, simple conversations were no longer that simple.

Before my family was able to agree on what should be done, an unforeseeable "solution" emerged. In 2011, Pip Co. and Wiz Corporation launched a communication robot with audio, light and motion sensors called Unazuki Kabochan. The product, created by Masatsugu Okazaki, was designed to improve the cognitive skills of seniors through communication.

At first glance, Kabochan may not be what comes to mind when one thinks of a robot. At 28 centimetres tall, it looks like a stuffed toy. But its appearance is deceptive: Kabochan is highly intelligent. It talks, sings and moves in response to touch and sound. It is pre-programmed to address its owner in eight different ways, and contains several exercise modes.

Before Kabochan, my grandma would sit quietly at the table while everyone else shared stories about their day. It was often as though she wasn't listening to our conversation. At a time when human interaction seemed to disinterest her, this robot was able to create and maintain a meaningful relationship with my grandmother.

A number of research institutions inside and outside of Canada are currently exploring the possibilities and limitations of such grandma-loving robots. What else can they do for elderly patients? Can they replace the warmth of human-to-human interaction necessary to a quality life? And if so, what are the implications of bringing robots into the senior care system?

A market grows, from Osaka to Odense

My grandmother is currently one of hundreds of millions of seniors in the world. According to a UN report published in 2013, the global share of people aged 60 years or over is expected to more than double by 2050, from 841 million people in 2013 to more than two billion. This means that in a little over three decades, seniors will account for over 20 per cent of the total population.

In the future, who will care for the elderly? Today, entrepreneurs like Okazaki say the answer lies in assistive (or welfare) robots like Kabochan. Technologies that allow seniors to remain independent for longer are already being snatched up for consumers like my grandmother. Since 2011, over 7,000 Kabochan units have been sold worldwide.

Success in the industry has been so widespread that earlier this year the Japanese Ministry of Economy, Trade and Industry announced it expects the market for robots in nursing-care, security and other services to grow to 4.9 trillion yen (about C$53 billion) in 2035 from around 60 billion yen (about $650 million) at present.

Assistive robots are not only under development in Japan. In 2006, the Danish Technological Institute introduced the first robot into the country's elderly care system. The project, led by senior consultant Lone Gaedt, sought to investigate whether Paro, a robot baby seal invented by Japanese engineer Takanori Shibata, could improve the mental health of seniors, in particular those with dementia.

Each seal contains five kinds of sensors -- tactile, light, audition, temperature and posture -- to perceive people and the environment. Paro also has several actuators and two computers, allowing it to receive and respond to stimuli. For example, the robot can remember things it's been exposed to, and learn certain behaviours. It even has unique facial features to show emotions of surprise, happiness and anger.

Gaedt believes intelligent devices like Paro have two main uses in senior care. Assistive robots can be used to entertain or amuse, but can also be used as pedagogic tools and mediators, assisting caregivers in tasks like administrating medicine, changing diapers and getting seniors out of bed.

For Harald, a dementia patient who participated in the institute's project, Paro served both purposes. At first, the robot facilitated Harald's transition into life at the care facility by becoming part of his bedtime routine. As Harald grew accustomed to his new home, Paro became his pet. Gaedt said Harald would place the robot underneath a tree several times a day, because "Paro needed to pee."

To some, these results might not seem miraculous. Robots obviously can't reverse degenerative conditions or restore lost skills. But Gaedt believes their potential can still surprise.

"If you are very professional and creative in your use of Paro, then what you might achieve is a person saying a few words -- a person who hasn't been speaking for years," she says. "Or maybe you will get a smile from someone who has been staring out the window for months."

She believes this happens because Paro, unlike human beings, does not demand responses and actions that people with dementia consider challenging and burdensome. As a result, the robot can satisfy the social and emotional needs of people with very low competencies without making them feel uncomfortable.

"[On the] outside, Paro is simple. It has no difficult expressions to read," says Gaedt. "When you have brain damage, the relation and contact with Paro is something you can manage."

At the same time, Gaedt recognizes there should be limits to what a robot can and can't do. "Paro is not a replacement for caregivers. That has been a fundamental idea from the beginning. It is a supplement. When robots start replacing human relations, then we have an ethical issue."

Assistive robots are not for everyone, either. "To some people, PARO is nothing. They think it's crazy. They can't see the idea. Some are even provoked by its mere presence," she says. "To other people, Paro is a miracle. And then there are all the people in between."

Nearly eight years have passed since the introduction of Paro into the senior care system in Denmark. In 2008, the technical institute's project concluded, but care centres around the country continue to use the robot with patients with dementia.

At the University of Toronto, another group of researchers experimented with a similar hypothesis. In 2012, Goldie Nejat, Derek McColl and Wing-Yue Geoffrey Louie decided to see if Brian 2.1, a humanlike socially assistive robot, could get seniors to take part in activities designed to stimulate the brain. They also tested whether Canadians were ready to accept robots caring for the elderly.

To do this, they took Brian to care centres and conducted experiments with seniors while they ate meals and played card games, to observe how the robot and residents interacted.

The researchers deemed the result a success, with many seniors responding well to Brian 2.1 by complying and engaging with the robot's requests to take part in meal-time and recreational activities.

"We actually had some people that came to interact with the robot multiple times. They brought their friends. They wanted more," Nejat says.

Unlike Kabochan and Paro, Brian 2.1 is not for sale, but Nejat doesn't rule out the possibility of mass production in the future, especially now that health care facilities seem to be showing more interest in robots.

Compared to Japan, of course, Canada is behind in the production of assistive robots. Just last week, Softbank Corp., a Japanese mobile carrier, released Pepper, a "humanoid on wheels" that can decipher human emotions by recognizing expressions and voice tones. In its announcement, the company said the robot will go on sale in the country in February for 198,000 yen, or $2,115.

"In Japan, the culture is completely different. They are already very accepting of technology," Nejat says. "Also, the Japanese were reaching the upper boundaries with regards to their aging population before we were."

But Canada is slowly starting to invest more in assistive robots, she says. "We are at the tipping point where we are looking towards the use of this technology in care facilities and in people's homes."

Last week, sitting in front of my computer in Vancouver, I messaged my parents. They were halfway across the world in Yamaguchi, Japan, having tea with my obaasan.

In a photo they sent me, my grandmother was cuddling Kabochan in her arms, looking down upon her robot with lowered eyes. As we chatted over Skype, she smiled at the camera and showed me some of the things her robot does, like asking and answering questions, nodding his head and laughing when his feet get tickled.

Thanks to her robot, I thought, she is doing much better.