The future of work is "unmanned." 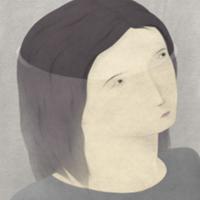 'Our Only Refuge': Solidarity in Joblessness

At least, that's a reasonable conclusion to draw in light of all the research and development devoted to designing machines that can do our jobs for us.

Near the end of 2013, Amazon.com revealed that it plans to begin delivery by aerial drone. The announcement was met with skepticism and satire. But such ideas, as Amazon itself assures customers, aren't science fiction. In the words of the Rolls Royce VP leading the development of unmanned, "crewless" cargo ships controlled by captains on dry land, "society is moving in this direction."

Indeed, drones are all around us. Several companies, including Google and BMW, have introduced driver-less cars, and although movement is slow on this front, some governments (not in Canada) have begun drafting regulations for their use on public roads. There are drones that can monitor farmers' crops, and drones that can gather news for reporters. There are driver-less subways and metros operating in nearly 40 cities worldwide.

On the one hand, these inventions represent the cutting edge of robotics and automation -- flashy, disturbing, futuristic -- but on the other hand, they're simply the latest in a long line of "labour-saving" technologies that have impacted the relationship between humans and wage-work since the shift from a subsistence economy to a consumer economy.

In fact, almost as soon as the work of craftspeople was scaled up for mass production in factories and mills during the industrial revolution, the new factory workers began to find themselves replaced by machines that could do the work of several employees. If they were lucky, the machines still needed one human operator.

The same basic pattern has played out in varied settings ever since, from textile mills to auto assembly plants: production is divided up into simple, repetitive tasks until a machine can capably complete one or more of those tasks, saving owners labour costs (and making shareholders more money).

Meanwhile, outside the factory, a plethora of automatons have come to do the jobs once carried out by people: ATMs, change-counting machines, automated telephone switchboards, tree harvesters, and pretty much every other agricultural machine. We have warehouse robots that stock shelves and pick products, robotic surveillance cameras that catch speeding drivers, automated lamp changers that replace lighthouse keepers, and automated carts that deliver office mail. We have machines to shine our shoes and sharpen our ice skates. Even the production of cartoons, once dependent on a (female) workforce of inkers and painters, was handed over to the Xerox machine around the 1960s.

And so, while the drone might appear to be a rupture in the narrative of industrial progress -- might have snuck up on us, as it is meant to do -- the groundwork was laid for it a long time ago. Robots at work are nothing new.

What is new, however, is the way we talk about the machines that promise to replace human workers.

From redundant to 'displaced'

Throughout the 1800s, workers in all sorts of industries -- the most famous (and misunderstood) among them being the Luddites -- fought back against mechanization in violent strikes. At the beginning of the 20th century, we were still worried about "technological unemployment." John Maynard Keynes warned Britain and the world about it in 1930, pointing out the obvious propensity of labour-saving machines to put people out of work. In Canada, the same fear of technological unemployment ran through many of the Royal Commissions deployed to study industrial change, particularly in the Atlantic Region.

But many economists and political leaders quelled this fear, reassuring their audiences that new, better jobs would crop up, absorbing workers made redundant by automation. Thus, the focus shifted from technological unemployment to the more moderate and seemingly manageable "displaced" or "dislocated labour" -- workers who, after being replaced by machines, hung in economic limbo waiting for those new jobs to materialize. In Canada, displaced labour became a regional problem, and the solution hinged on figuring out how to entice unemployed workers from newly mechanized industries to move to the cities and towns that needed them.

Resistance to automation did not altogether disappear. Harry Braverman for example, writing in 1974, critiqued the "deskilling" of manual labour via assembly lines and piecework, highlighting the "degradation" of work under "monopoly capitalism."

But the futurism of the post-war years largely won out, and the tone around labour-saving technology turned optimistic. In the late 1960s, the CBC ran a segment (footage of which is not available online) wherein a reporter took to the street to ask people what they would do with all their free time once machines started doing the routine parts of their jobs for them.

Technological progress became a juggernaut. Workers in industries susceptible to automation focused their energies on defending the aspects of work they ostensibly could control -- outsourcing, wages, job security, and safety -- and workers whose jobs appeared to be safe enthusiastically watched their productivity, and their workloads, increase.

Today, there is barely a glimmer of the old concerns around technological unemployment and technologically displaced labour. Nor are we fantasizing about all the free time we'll have in the Jetsons-esque world where we're zapped from place to place while a sassy, humanoid robot handles the menial work of the house.

Technological unemployment is still happening. And evidence is mounting that new, better jobs don't necessarily materialize when older ones are handed to robots. Yet few commentators are connecting the advance of drone technology to the persistent, high unemployment to which we've grown accustomed.

The only widespread critique -- perhaps the only thing preventing or dissuading us from replacing human workers with robots and drones -- is that robots aren't good enough… yet.

So why not work less?

So with all the optimism, why hasn't technological progress actually opened up a world where we all work, and we all work less? Why do we still have some people working overtime while others sit idle, wishing for employment? Why are we not seeing the spread of work-sharing schemes, where the duties of one job are divided into two or more jobs?

We have a government program that helps companies do this for a short time instead of laying workers off, but generally the closest we come to work-sharing is splitting a job that was once full-time and salaried into a suite of part-time, short-term contracts with no benefits. Conceivably, we could spread the work around without diminishing job security and drastically cutting wages. We could use work sharing as a long-term employment strategy rather than solely as a crisis response.

Sticking with the idea of long-term strategies, why haven't we seriously considered the success and promise of Basic Income schemes -- like the one tested and then quietly abandoned in Dauphin, Manitoba?

At the very least, why haven't we shortened our work week in recognition of our increased productivity? (Because it is increasing, despite all the fear mongering; the worst that happens, generally, is "poor growth.")

Why, as Bertrand Russell wondered nearly a century ago, have we chosen "to have overwork for some and starvation for the others" when "modern methods of production have given us the possibility of ease and security for all"?

One explanation is greed. We have normalized the pursuit of ever-higher profits, accepted the capitalist imperative to cut costs (at any cost) and increase surplus value. And we seem to believe that workers derive their sustenance from employers and not the other way around. Any scheme that puts people's well-being ahead of profits meets with resistance and incredulity.

But another, equally powerful force is working on us, and is greasing the wheels for greed and profit-seeking: our sense of social participation, community and belonging, not to mention our actual citizenship, hinges on the identity and rights we derive from paid work.

At a social-structural level, paid work and attachment to the market have become the first condition of belonging and the only acceptable means of survival. We haven't realized, as historian James Livingston puts it, that "the relation between the production of value and the receipt of income can never again be understood as a transparently cause-effect relation" -- we haven't figured out "how to detach one from the other -- income from work."

This is what work sharing, shortened work weeks and basic income schemes are all about: reconfiguring the relationship between our well-being and the market, taking advantage of the fact that we can produce everything we need with less manpower than ever, and thinking of jobs as a resource that should be distributed more evenly.

The lack of public pressure for such alternative economic structures stems from the fact that, at a cultural and individual level, we can barely imagine a world in which our well-being doesn't depend on our participation in paid work. We might even be addicted to work, to the point that the idea of not working, or not working as hard because of the fantastical innovations that allow for automation, is received as an affront. It is a breach of the virtue of being a productive citizen in an industrial economy.

Cadillac's latest (and widely mocked) ad -- a thinly-veiled 'screw you' to France, where many workers enjoy reduced work weeks -- makes the addiction to work a point of national pride for Americans. In this respect, we are all Americans.

Many of us, particularly those of us who work in the so-called "knowledge economy," feel far removed from the threat of automation. Technological unemployment is something that happens to other people, in manual labour and routine service jobs. This kind of hubris ensures that we do not devote sufficient attention to the moral, political and philosophical question of whether work needs us. But we devote even less to the entirely valid question of whether, and why, we need work.