Herman Cohen would be the first to point out that Tom Rachman's debut "novel" about superannuated English-language journalists in Rome, The Imperfectionists, is not really a novel, but a volume of linked short stories. Cohen is the curmudgeonly corrections editor at the fictional newspaper in Rachman's book. And after pointing out the correct literary category, Cohen would likely trumpet his credo term, "Credibility!" in harrumphing homage to a value increasingly endangered in a sloppy world where even copy editors fail to catch obvious imperfections. But as with many corrections, the goal of perfection may not matter all that much, except to the paper's dwindling circle of fanatically pedantic readers (like those devotees of the Globe and Mail who periodically pronounce themselves "shocked and appalled"). 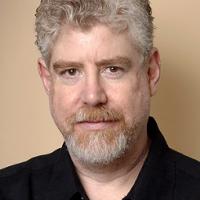 As Advertising Dies, So Do Traditional Media

Whether it's a novel or linked short stories, Rachman's tales of the bitterly disappointed hopes and loves of his ex-pat journos are brutal and effective. About the only happy person in the book is the aforementioned blustery Herman Cohen, who enters his overstuffed office filled with bulky reference works, "hikes up his belt, lines himself up with his desk chair, and inserts his bottom -- one more bulky reference work returned to its rightful home."

Once there, Cohen happily sets about pointing out that business reporter Hardy Benjamin erroneously referred to the former dictator of Iraq as "Sadism Hussein"; that the "nitwit" copy editors have permitted the acronym "GWOT" (for Global War on Terror) to appear in the paper even though "the term should be understood as marketing gibberish" (according to Herman's ever-exfoliating style guide, known locally as the "Bible"); and that when the phrase "he literally jumped out of his skin" appears in print, it should either literally mean it or the word "literally" should be deleted.

A scrum of characters

What's more, Cohen still dotes on Miriam, his wife of several decades; contentedly counsels Kathleen Solson, the latest in a series of editors-in-chief; and whips up bowls of soup, acquacotta di Talamone, with culinary dedication. Cohen's only imperfection is his besotted view of his boyhood idol and former classmate Jimmy Pepp, who's visiting Herman in Rome.

Jimmy was destined to be the great writer of his generation, and is still allegedly working on his yet-to-appear magnum opus, while Cohen settled among the ranks of journalistic drudges. Perhaps Cohen would one day get to write the memoir of Jimmy's youth and inexorable rise to world literary fame (an A.E. Hotchner to Ernest Hemingway in Papa Hemingway: A Personal Memoir). The deflating disillusionment that follows is one of the sweeter denouements in Rachman's collection of bittersweet stories (emphasis on the "bitter").

Speaking of which, there's the previously mentioned Hardy Benjamin, the mature female business reporter who desperately takes in a 20-something Irish drifter-hippie in the name of humiliating love. There's editor-in-chief Kathleen Solson, who runs into Dario, her former boyfriend (she'd long ago abandoned him for the sake of ambition). He's now a PR flak for Italy's notoriously corrupt Berlusconi regime, but he's looking surprisingly good despite "temples greying," and being "slightly jowly, wearing the sleepy surrender of the family man." Would it be a journalistic conflict of interest for the editor-in-chief to get too chummy with a hack from the ruling party?

Then there's chief financial officer Abby Pinnola on a flight to corporate headquarters in Atlanta striking up a conversation (and more) with the man in the next seat, Dave Belling, one of the paper's copy editors whom she's just had fired, although he doesn't know it was her doing, or so she thinks as the flirtation deepens. And there's Ruby Zaga, a copy editor on the brink of paranoia who spends New Year's Eve alone in a rented hotel room and who's taken to stalking the aforementioned Dario by cellphone.

It gives nothing away to say you can imagine where these sour romances end up. If you can't, there’s even a dog named Schopenhauer who comes to an unhappy end in the newsroom -- he belongs to the dimwit publisher who announces to his surly staff the closure of this particular edition of the antiquated institution that newspapers have apparently become.

Rachman knows whereof he speaks, having worked as an Associated Press correspondent in Rome and for a couple of years at the Paris-based International Herald Tribune, the enterprise that his unnamed fictional newspaper obviously resembles (except for its relocation to Rome). London, England-born Rachman was raised in Vancouver, and graduated from the University of Toronto (where he encountered the G&M and its shocked and appalled readers), before going on to the Columbia School of Journalism. Much of the fascination of The Imperfectionists, in addition to its page-turning pleasures and crisp writing, is its ongoing sidebar story about the travails of an apparently dying institution. Rachman details the rise and fall of his IHT-like paper -- an amorous folly launched by the founder of an American family corporation -- in a series of interspersed vignettes that ties together the linked stories, which are mostly about people who get unlinked.

As someone who's worked for decades at the fringes of print journalism (as a freelance columnist and literary critic), as well as someone with a score of disheartened friends in the business, I can attest to the accuracy of Rachman's brutal depiction of the twilight of the newspaper industry. Before it became a dying industry, it was a necessary component of the public forum, or so we, reporters and readers alike, told ourselves. But even when it was a public watchdog, it was a private corporation where the bottom line mattered more than the journalistic ethos that provided the rhetoric of its self-portrait.

In my hometown, Vancouver, the two dailies are owned by the same company, which is itself part of a series of devouring national chains (the latest of which is aptly named Post Media), and the downtown newsrooms of the Vancouver Sun and Province have been progressively emptied over the years through attrition and buyouts. The papers' politics have been anything but progressive, and hardly anyone resembling a left-of-centre columnist has had a byline in its precincts since one-time owner Conrad Black denounced the "socialist sludge" sluicing down its op-ed pages.

The story is little different at most other North American print dailies (the fiscally precarious, but politically liberal New York Times is the exception to the rule). What remains is the rest of media, which ranges from the rightwing ranting of Fox News on U.S. television to the braver online attempts to be heard above the din of the blogosphere, at cyberspaces like Vancouver's The Tyee, or The Huffington Post in the U.S.

Rachman's thoroughly engaging book joins a tradition of fictional and non-fictional accounts of journalism that runs from Evelyn Waugh's Scoop in the 1930s to Woodward and Bernstein's All the President's Men, and is now updated into the newspaper world's much diminished present. The Imperfectionists made a bit of a splash when it was published last spring, garnering favourable reviews and making a couple of Top Ten lists. If you missed it, the just-published mass market paperback is worth catching up with. It reminds us that today the hallowed cry of "stop the presses!" comes not from a reporter or editor with a scoop, but from the corporation accountant, who means it, as Herman Cohen would note, "literally."