Maybe it's a Canadian thing, but meeting someone who was on "death row" seems unreal -- like a scene from a movie, a scene from a hundred movies, but not something that actually happens in North America in the 21st century. Add in the twist that the prisoner was wrongly convicted, and we're into the territory of a thousand movies and TV cop shows. 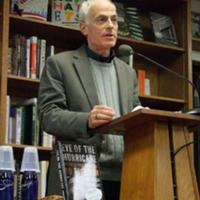 But when the wrongly accused man and two of his friends were convicted of being Satanic cult killers when they were still in their teens, the guy on death row found both Buddhism and true love, and the trio were kept in prison by authorities who refused to consider overturning convictions no matter how much evidence mounted proving reasonable doubt and unreasonable prosecution, we're into the territory of B-movies -- because it's all too implausible to work as an episode of any TV cop show aired since the era of Baretta and Starsky and Hutch.

But since it really did happen, it's now the stuff of four documentaries -- the Paradise Lost trilogy and a movie that just opened in Vancouver, West of Memphis by Amy Berg, who was a best documentary Oscar nominee for Deliver Us From Evil. All of the filmmakers -- including Lord of the Rings overlords Peter Jackson and Fran Walsh, who financed both West of Memphis and the investigation that led to the release of the "West Memphis three" -- seem baffled that the American justice system could be responsible for a case that seems designed to illustrate the dangers of a death penalty, in a country where police officers and judges must weigh their re-election chances on the scales of justice.

When the former death row inmate I'm meeting, Damien Echols, and his two friends Jessie Misskelley, Jr. and Jason Baldwin were convicted in 1994 of killing three eight-year-old boys a year earlier, the case was so disturbing that a documentary team flew to Arkansas to find out what would turn three young men into cold-blooded killers. What Joe Berlinger and Bruce Sinofsky found when they filmed Paradise Lost was that the truly disturbing thing about the case was the lack of evidence pointing to the three kids in jail. After their documentary Paradise Lost: The Child Murders at Robin Hood Hills premiered in 1996, celebrities like Eddie Vedder, Henry Rollins, Johnny Depp and Natalie Maines began lining up to shine a spotlight on the case. The first movie led to two more documentaries by Berlinger and Sinofsky, more celebrity involvement, but no release from prison.

A few years ago, the Lord of the Rings team decided to play hero and financed both a new investigation into the case that brought in some of America's top forensics experts, and a new documentary to shine a light on the evidence they discovered. But even after investigators uncovered enough evidence to fuel convictions on a season of CSI -- all pointing to suspects who were never suspected by the police enough to be investigated -- the only way the Arkansas attorney general was letting the three men go was if they accepted a deal where they would formally plead guilty in exchange for their freedom.

When I sat in a downtown Toronto hotel room for a lengthy one-on-two interview with Echols and his wife, Lorri Davis (who also produced the film), just after their screening at the 2012 Toronto International Film Festival, I found myself grasping for a way to ask them about what they'd been through. I tell them that as a Canadian almost nothing about their story computes, that all I could think watching the film was "what the..."

I stop myself from swearing, because they both have the quiet gentility that often accompanies religious faith. Echols, who looks like a Tim Burton character as played by Johnny Depp courtesy of an outfit and shades that evoke Roy Orbison, answers in measured, thoughtful tones.

"I don't know how they do it here, but in the U.S. all these people like judges, prosecutors, attorney generals are elected -- just like senators, just like congressmen. Their number one priority is always, 'What's going to help me win the next election?' So when they realize they made a mistake, or sometimes they do it deliberately, they just set people up. But you know, if they come out and admit we sent an innocent person to death, and allowed a murderer to walk the streets for the past 20 years, they know they're going to lose the next election. So they're gonna fight tooth and nail and do everything they can to cover that up. Keep it hidden."

Another reason for an attorney general to fight? The estimated cost of compensation for a wrongful conviction. In the movie, there's an estimate that a settlement for Echols could run in the neighbourhood of $60 million.

"Exactly," says Echols. "And when you see the level of corruption and stuff, I mean, it's a lot deeper than you see in the film."

Davis, a ringer for Jeanne Tripplehorn circa Basic Instinct, weighs in.

"There are so many things that we wished could go into in the film, but they couldn't just because there wasn't enough time. It would have been a 20-hour film. But the brutality of the department of correction in Arkansas, especially where Damien was being held, it was almost day-to-day keeping him safe and keeping him from being horribly mistreated. You see when he walks out in the end, into the courtroom, he's just bare bones."

Echols completes the thought. "Right now I'm 60 pounds heavier than I was when I got out of prison about a year ago. Right now I weigh about 200 pounds. When I got out, at one point I got down so low I reached 116."

When I ask how they kept hope alive, Davis brightens. "It was always alive. I mean, it was always just the way we did it."

Davis continues, "and our relationship was always..."

"Build a world together," says Echols.

"Yeah," says Davis. "Spirituality and research or study. Damien was great; he's a very good disciplinarian so he inspired me to bring discipline into my life as far as learning to meditate, and it all becomes about building a really strong core so that you can endure it."

Echols chimes in. "A lot of it was trying to inspire Lorri, trying to find things to keep her moving. And she would try to -- it's like her side of the coin where she would try to keep me from being so serious, you know, constantly bringing humour and lightness and playfulness into the situation so that it keeps you from sinking into a really dark, heavy place. Both of us provided different things for each other."

Davis concludes the thought, "Plus we had the support and friendship of so many people who were in touch with us all the time. That brought a real levity to our situation -- to know that people were concerned about us and thinking of us on a daily basis."

Echols has written a memoir -- Life after Death -- that tries to keep things upbeat.

"I wrote probably 85 per cent while I was still on death row; the other 15 per cent I've written since I've been out. It tells my whole life story. It doesn't focus exclusively on the case because, to me, that's not my life... it's something that happened to me for a period of time in my life, but there are other things in my life that are, to me, so much more important.

Echols and Davis say a fictionalized version of their story is in the works.

"We've actually been talking with Johnny [Depp] about doing something like a two or three part TV series to tell the story," says Echols. "There's another one being worked on right now that we're not in support of at all, just because it's not very accurate or anything else. I think they're calling it like a fictional account based on this..."

Davis finishes the thought, "On the mythology."

Says Echols, "Lorri literally did or had a hand in 85 per cent of the work done on this case. She quit her job [as a landscape architect] and worked full-time on this case. She did more work on this case than the attorneys, the prime investigators put together. Yet she's not even in the movie. It's like they're taking some guy, who's like a very marginal character, did nothing whatsoever, and they've turned him into this hero figure... It's written by the same people who worked on Hellraiser 6."

Except the real story -- as told in West of Memphis -- is more fictionally implausible, and a helluva lot scarier than a Hellraiser movie. It's also implausible, infuriating and now playing at a theatre near you.