As far as release cycles go, January gets a bit of a raw deal. Despite being a palette-cleansing calendar shift, the month is ultimately overshadowed by the effects of December's onslaught of year-end picks. While we could -- nay, should -- be focusing on what drops on the first release date of the year, many music fans are still playing catch-up for what they missed the previous 52 weeks. 2013 is off to a remarkably good start, though, so you might want to stay ahead of the curve. 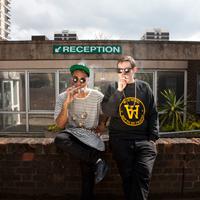 Last week, for instance, Harlem hip-hopper A$AP Rocky's LongLiveA$AP made waves with a diverse blend of pop-rap, experimental beats, and a giant guest list that included Kendrick Lamar, Florence Welch and Skrillex, among others. Songs like "Fuckin' Problems," "LVL" and "Goldie" have already staked their claim as playlist favourites for many, but the month has been good to us in other genres as well.

On the local front, dance-pop players You Say Party emerged from a two-year sabbatical with a brand new tune called "Friend," which is dedicated to their drummer Devon Clifford, who died onstage of a brain hemorrhage in April 2010 (the group had continued in an altered form up until calling a hiatus the following year).

The song is the first new material from the group since 2009's XXXX LP, brings original keyboardist Krista Loewen back to the fold, and has the current membership sharing drum programming duties instead of replacing Clifford behind the kit. Lyrically, singer Becky Ninkovic pays tribute to her fallen bandmate, while the rest of the outfit set up a sublime tapestry of whooshing synths, ethereal guitar textures and ticking electro-drum beats. The song sounds more in line with Bat For Lashes' fantasy-film pop more than You Say Party's punkier roots. The band will apparently offer up more new tunes this year, but have yet to properly announce what's next.

Spectres' Nothing to Nowhere appeared online in the fall, but the Vancouver troupe finally let loose physical copies of the LP last weekend at a release party at local venue/ record store Zoo Zhop. Marked by the Gang of Four post-punk ticking of "Amnesia," and full of nods to early '80s goth, the gloomy slab of wax should fit well on the shelf near your old Sister of Mercy records.

One of this week's biggest releases should have been Montreal duo Blue Hawaii's Untogether, though regrettably the album has been pushed from its intended Jan. 22 street date to March 5. In case you missed the gauzy pop experimentalists' New Year's Eve set at Pat's Pub, you can still session a bit of the LP early via a stream of album track "Try to Be." Raphaelle Standell-Preston trades the feral cries and drawn-out syllables of her work with the equally awesome Braids for softer, eloquent phrasing on the tender electro-acoustic number. The gentler, lower-register delivery may seem a world away from her energized other project, but there's an honesty heard in her declaration "may as well just be me" which hints that, vocally, there's at least two sides to the singer.

Down on the other side of the U.S./Canada border, Chicago rapper Rockie Fresh just let loose his new mixtape, Electric Highway. Following up last year's Back to the Future-themed Driving 88, his latest freelease features a mix of 808 snap-spiked bangers and syrupy slow riders that likewise name-drop DeLoreans. Fittingly, as the first release for the mainstream rap-dominating Maybach Music Group, Fresh has label head Rick Ross spit bars on "Life Long." There's also a Canadian connection, as Montreal beatmaker Lunice leant his production skills to "Superman OG," offering up cavernous bass drops and sparkling synth ripples throughout the cut.

Now that January's nearly over and done with, we can look forward to a fresh batch of releases coming our way in February. Offhand, some noteworthy LPs include local crusties Baptists' debut full-length Bushcraft and beloved indie singer-songwriter Hayden's Us Alone. Beyond our borders, we're also just weeks away from Nick Cave & the Bad Seeds' Push the Sky Away, and Danish hardcore crew Iceage's You're Nothing, to name but a few. Hopefully you'll have caught up with the big hits of this month by then.