No offense to Alicia Keys, but her recent song "Girl on Fire," from the album of the same name, is simply terrible. It's not only her insistence on yelling the lyrics like she's at a particularly soulful pep rally, the bane of almost all modern R&B "Girl on Fire" is some of the laziest songwriting I've ever heard. 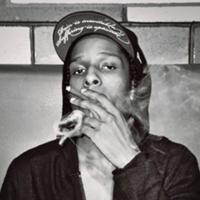 The New York Times calls it a booming anthem, which I take to mean the above-mentioned yelling and the way the A chord pounds into your head like it wants to make a home there. A violent, painful home.

But amazingly, that's not the worst part of the song. No, the worst, absolutely worst part, is that she rhymes "fire" with "fire" no less than seven times, and "down" with "down" twice for good measure. It's not clear why she does this. It's not as if fire is "orange," or "month," or "Cartesian." There are a lot of words that rhyme with fire, and have rhymed with fire in song and story and epic poem for as long as we've had the English language.

So here's my thought: if Alicia Keys, who is by all evidence a lovely person and not an untalented musician, can no longer be bothered to write a song that has more than three distinct rhymes (I've not even gotten into the six-line break in the song where she doesn't rhyme anything), maybe we don't need lyrics. It's 2013. Maybe it's time for music to stand alone.

TNGHT is the debut EP of producer Hudson Mohawke collaborating with Montreal DJ Lunice (the amazingly-named Lunice Fermin Pierre II), and it's a dense, everything-in-pop-plus-the-kitchen-sink display of musical prowess. That they can pack so much sonic cliche into each song, from sirens to finger clicks to babies cooing, and still have it come across sounding so fresh is a testament to their musical skills as DJs. And, I'm going to throw it out there, so is the complete lack of lyrics.

The EP, which you can stream on YouTube in its entirety, is the backing track to a great unmade rap album, or, to coin a phrase, the fronting track to the next wave of instrumental pop. Opener "Top Floor" has the doubled-up bass drums and air siren you've come to expect from any chart topper, but, lacking the devotion to verse-chorus-verse, is allowed to meander far outside of pop and hip hop's boundaries.

"Goooo" has various people intoning the title over a laser shot of robots warming up and thickly stuttering handclaps, snare twirls, and a wandering bass drum keeping the rhythm honest. The standout track, "Bugg'n," with the cooing baby sneakily evoking Aaliyah's time with Timbaland, is built entirely on a sound like a dripping faucet (or, if you're of the gaming persuasion, Mario jumping on a Goomba's head).

The ultimate stamp of approval? At a live show in New York the duo was visited on stage by his holiness the Kanye West, who did little more than wave his hands while his recorded vocal played behind him. But in this day and age that's akin to an anointing.